Six months after launching a series of classified flight trials with its Taranis unmanned combat air system technology demonstrator, the UK Ministry of Defence has revealed the first details of the design’s initial activities.
A roughly 15min first flight was conducted at an undisclosed test location – believed to have been the Woomera test range in South Australia – on 10 August 2013, just over three years after the stealthy aircraft had been rolled out at BAE Systems’ Warton site in Lancashire.
. 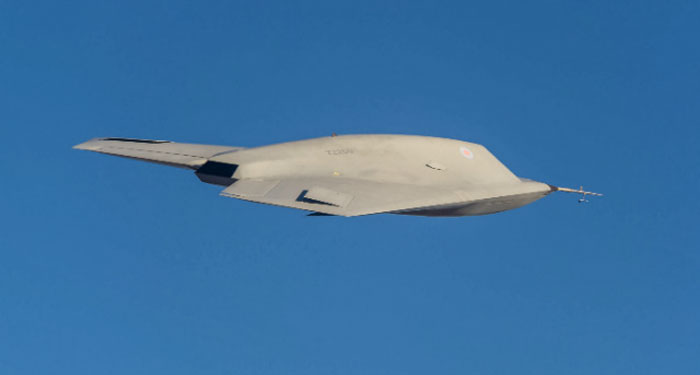 “The flight went entirely as expected, with the system performing as per the simulation and rehearsal, and it made a perfect landing,” says BAE group managing director Nigel Whitehead.
Powered by a Rolls-Royce Turbomeca Adour 951 turbofan engine and roughly the same size as a BAE Hawk jet trainer, the Taranis air vehicle sported a Royal Air Force roundel and the military registration ZZ250.
The stealth aircraft and its ground control station equipment had been transferred to the test location using a Royal Air Force Boeing C-17 strategic transport, and undergone high-speed taxi trials in July 2013. Earlier work had been performed unnoticed on the runway at Warton (below).
.

Data analysis from the first flight enabled the team to launch a second sortie on 17 August. “During the subsequent sorties – and there were many – Taranis didn’t just meet our expectations; it surpassed them in every way,” Whitehead said during a media briefing in London on 5 February. The aircraft was flown at various speeds and heights, and remained in the air for a maximum duration of 1h, BAE says.
With the first test phase having been successfully completed, Whitehead says a further two campaigns are expected, using a “gated” test process. Discussions between the MoD and industry about the next set of objectives, and funding requirements, are likely to conclude “within the next weeks”, says Chris Boardman, managing director of BAE’s Military Air and Information business unit.
“The evidence gained from the flights so far is already helping to inform future air combat capability planning,” says minister for defence equipment, support and technology Philip Dunne. “The development of these [industrial] skills in Britain will allow us to retain our freedom of action, and the ability to upgrade incrementally to meet future threats, and will help safeguard British interests well into the future.”
. 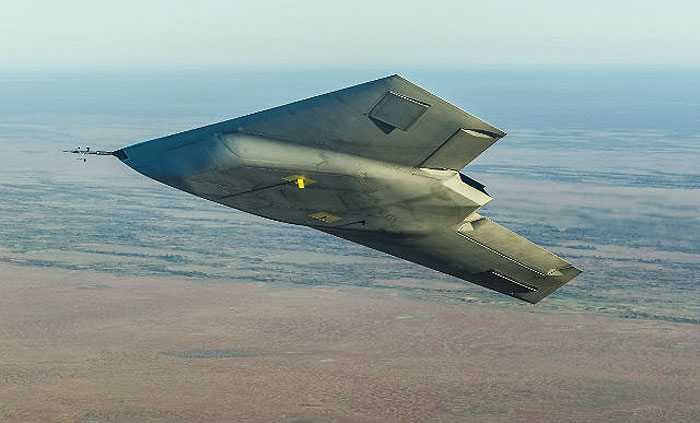 BAE Systems
.
RAF Air Vice-Marshal Sue Gray, director of combat air for the Defence Equipment & Support organisation, says the UK is “on the right track” with planning for its future combat air system requirement. An operational platform – likely to enter use post-2030 – would be flown in concert with manned combat aircraft, she says, adding: “It is not the plan for the aircraft to fly and fight on its own.”
The UK and France on 31 January signed a pact worth £120 million ($195 million) to cooperate in development activities linked to such a capability, with the work to draw on the lessons learned via their respective Taranis and Dassault-led Neuron technology demonstration programmes.
Spending on the UK-only Taranis project has so far totalled £185 million, versus an originally projected £140 million, while its first flight occurred around two years later than initially scheduled.
Without providing details of additional requirements which emerged following project launch, Whitehead comments: “We recognised we had opportunities to expand the nature of what we were testing.”
Describing the engineering challenge of developing and flying the stealth aircraft, Whitehead claims “Taranis has the potential to be as influential as EAP”, referring to the experimental aircraft programme demonstrator of the 1980s, which helped to define the design of the Eurofighter Typhoon.
Quelle: Flightglobal
« Zum vorherigen Eintrag Zum nächsten Eintrag »
3423 Views
Created with page4