If we ever go back to the moon, how are we going to cope with its hidden hazard?

Fine as flour, but as rough as sandpaper, lunar dust was the bane of Apollo astronauts who visited the moon. It caused problems with spacesuits. It gave them hay fever. It permeated the cabin of the lunar landers. 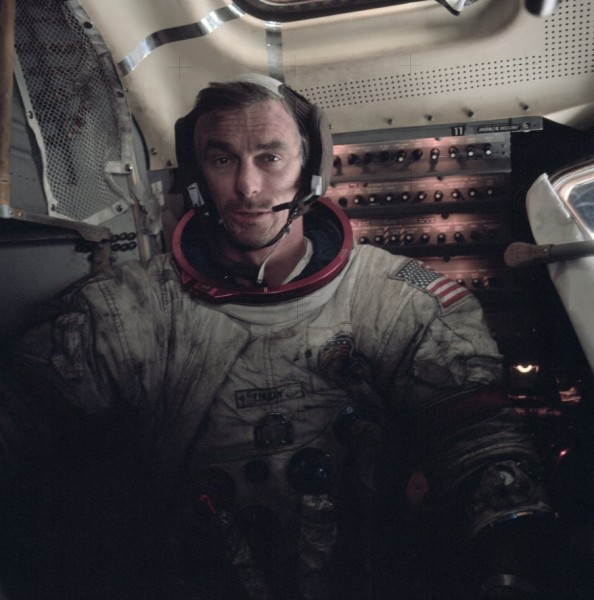 Gene Cernan, in the lunar module, after battling the dusty lunar surface during Apollo 17. (NASA)

Worse than these nuisances, there’s evidence that moon dust may in fact be toxic to humans.

So what are we going to do if NASA ever sends astronauts back to the surface of the moon?

Believe it or not, even though NASA doesn’t have current plans to return astronauts to the moon — or any other planets, dwarf planets or moons in the solar system, but that’s another story — engineers at Johnson Space Center have been thinking about this problem.

And their solution is as brilliant as it is simple. Put the spacesuits outside. 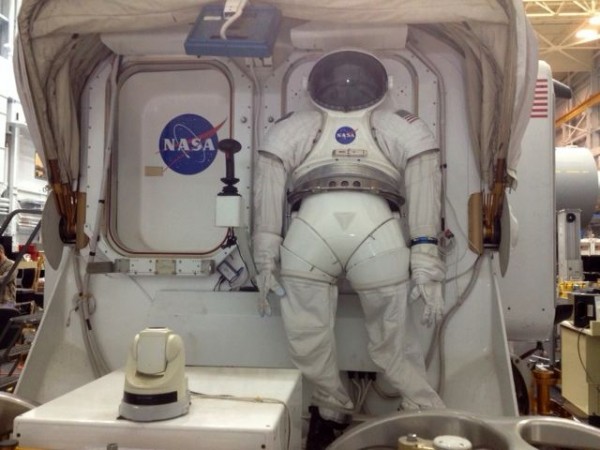 I had a chance recently to visit Building 9 at Johnson Space Center, where they keep all the cool stuff, including prototype rovers like the Space Exploration Vehicle shown above. It’s designed the operate on the moon.

Here’s a look at the vehicle from the front: 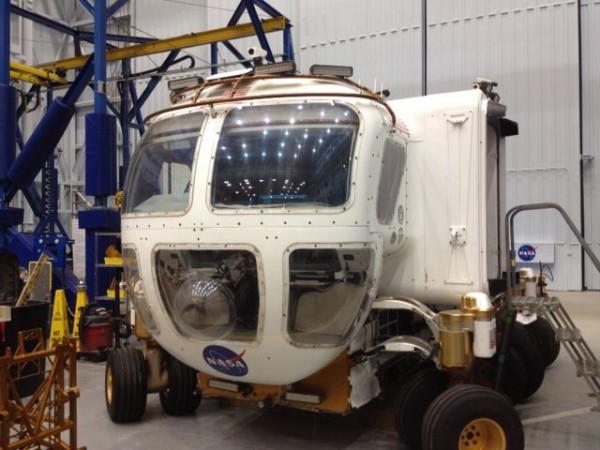 The vehicle is pressurized, with two seats  inside. It’s designed to require little or no maintenance, be able to travel thousands of miles climbing over rocks and up 40 degree slopes during its ten year life.

So how does the astronaut get into the spacesuit? Here’s what it looks like in the interior of the rover. 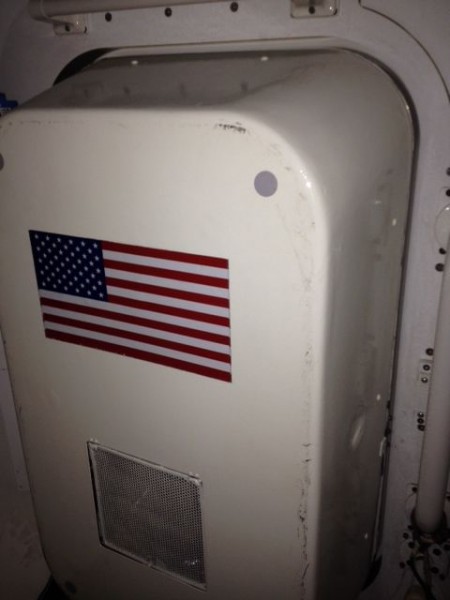 Inside the space exploration vehicle. (moi)

To get to the spacesuit, you open this door. And when you do, you see this: 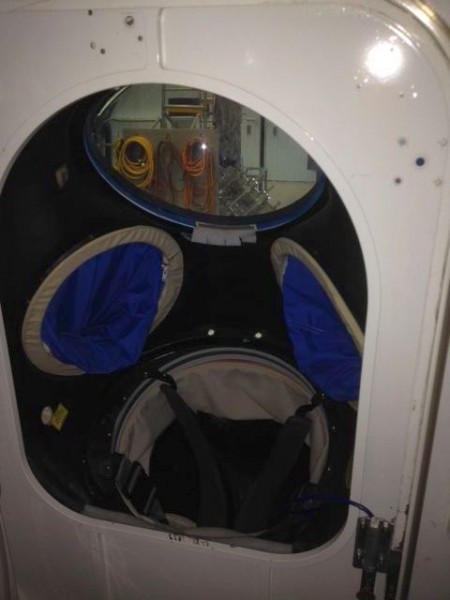 Step into your spacesuit. (moi)

All you have to do is step into the suit, and then put your arms into the blue holes. Then your fellow astronaut closes the pressurized hatch, and off you go.

When your moonwalk is done, all you have to do is reconnect to the rover, open the hatch, and climb back inside. Cool eh?

So is all this in vain? Hopefully not. The engineers at Johnson Space Center told me they’re working to be get in a position such that, if NASA gets the green light to do an extended lunar mission, they’ll be able to develop a final rover with two exterior spacesuits within three years.

The Chang'e-3 mission that landed a rover called Yutu on the Bay of Rainbows on the lunar surface proves China's space exploration program has one thing that America's does not -- a clear direction. Its piloted space program has featured missions of increasing complexity, with the latest being two visits to the Tiangong-1 space module, a predecessor of a planned Chinese space station.

In the meantime America's space exploration is fraught with confusion, controversy and a conspicuous lack of funding and direction. Ever since President Obama cancelled President George W. Bush's Constellation program that would have returned Americans to the moon, NASA has been headed for an asteroid in the near term. Which asteroid and how Americans will get there are still open questions.

After China's successful series of robotic landings on the moon, many space experts agree the Chinese will probably execute a moon walk sometime in the 2020s. If and when that happens and if Americans are not on the moon to greet them, China becomes the world's space exploration leader and all that implies.

All is not lost:

In one scenario, NASA could provide the manned Orion deep space craft which would be launched with the heavy-lift rocket, Space Launch System, while the private sector could provide lunar landing vehicles and the habitats that would comprise a lunar base. The lunar base would be established and owned by a commercial enterprise and NASA would be a core customer leasing space.

The Bigelow plan also calls for establishing a regime respecting private property rights on the moon, necessary if any commercial entity plans to start mining operations and other money making enterprises. This would likely require some kind of international agreement on the scale of the Outer Space Treaty of 1967 that prohibited claims of sovereignty on other worlds.

With Chang'e-3 moon landing on Dec. 14, China is doing a great job pursuing the Apollo model of space exploration. NASA could do the same. And if NASA were to partner with commercial entities it would do even better. The strength, experience and resources of NASA would be married to the flexibility and imagination of the commercial sector. If that is made to happen, America would be able to leave China in the lunar dust in the new space race.

Mark Whittington writes about space for Yahoo and other venues. He is the author of The Man from Mars: The Asteroid Mining Caper.