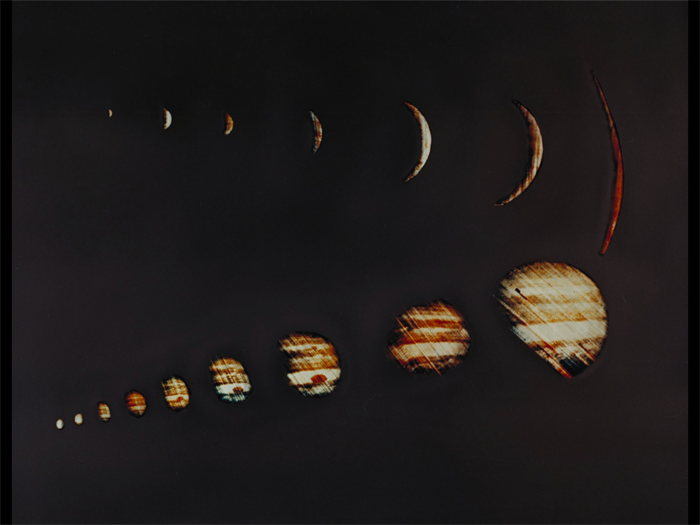 Forty Years Ago, Pioneer 10's Closest Approach to Jupiter
.
On Dec. 4, 1973, NASA's Pioneer 10 spacecraft sent back images of Jupiter of ever-increasing size. The most dramatic moment was after closest approach and after the spacecraft was hidden behind Jupiter. Here, images gradually build up into a very distorted crescent-shaped Jupiter. "Sunrise on Jupiter," a team member said. The giant planet crescent gradually decreased in size as the spacecraft sped away out of the Jovian system.
Launched on Mar. 2, 1972, Pioneer 10 was the first spacecraft to travel through the asteroid belt, and the first spacecraft to make direct observations and obtain close-up images of Jupiter. Pioneer 10 passed within 81,000 miles of the cloudtops during its closest encounter with Jupiter. This historic event marked humans' first approach to Jupiter and opened the way for exploration of the outer solar system - for Voyager to tour the outer planets, for Ulysses to break out of the ecliptic, for Galileo to investigate Jupiter and its satellites, and for Cassini to go to Saturn and probe Titan. During its Jupiter encounter, Pioneer 10 imaged the planet and its moons, and took measurements of Jupiter's magnetosphere, radiation belts, magnetic field, atmosphere, and interior. These measurements of the intense radiation environment near Jupiter were crucial in designing the Voyager and Galileo spacecraft.
Image Credit: NASA
.
Update: 5.12.2013
. 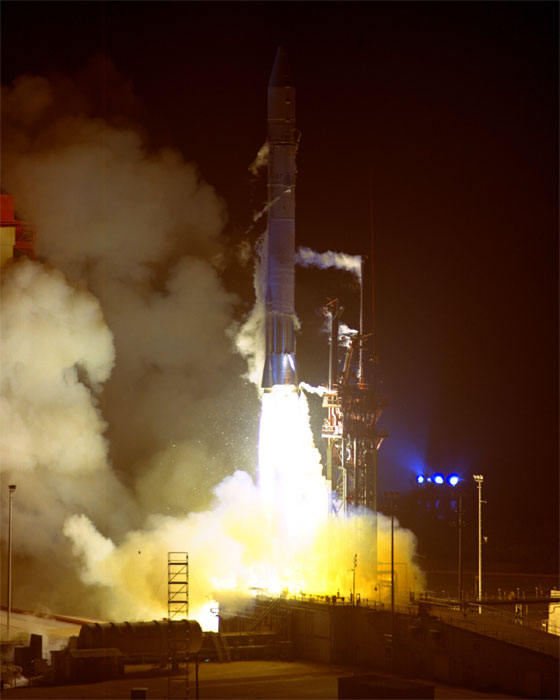 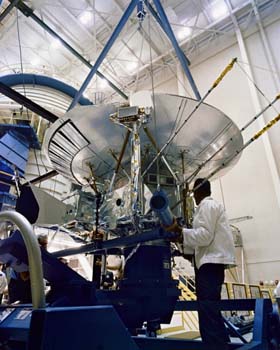 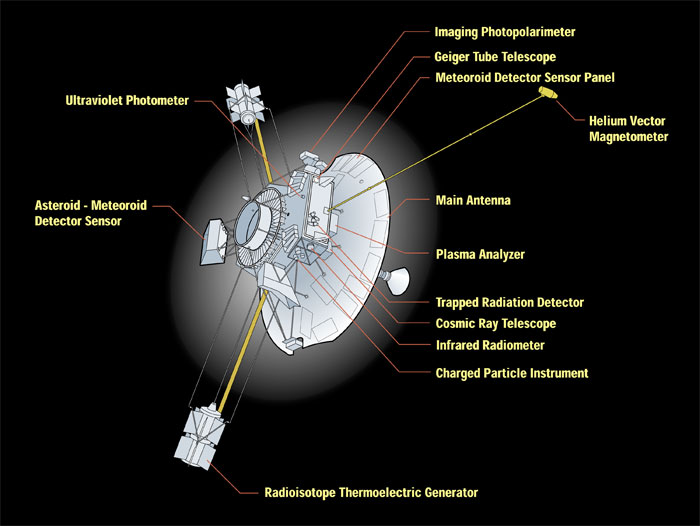 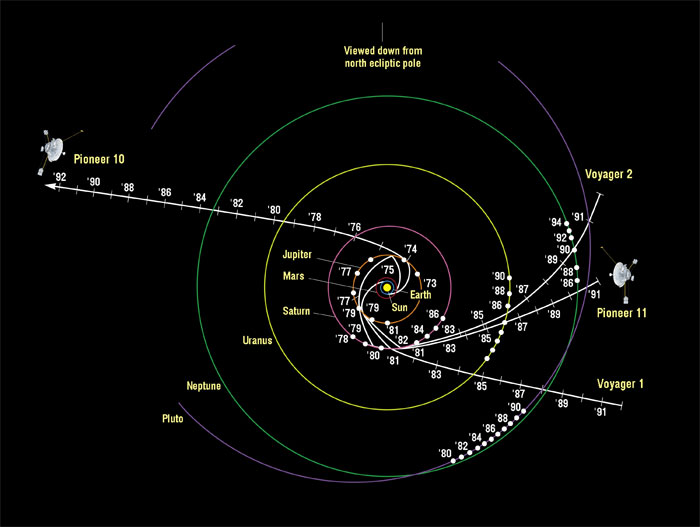 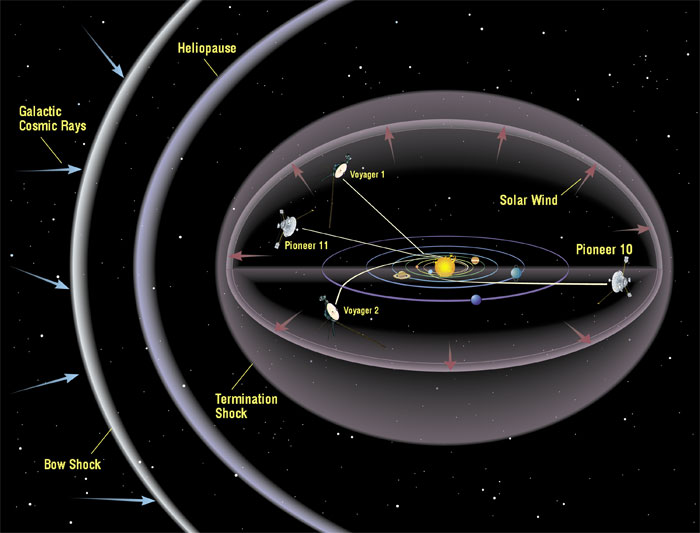 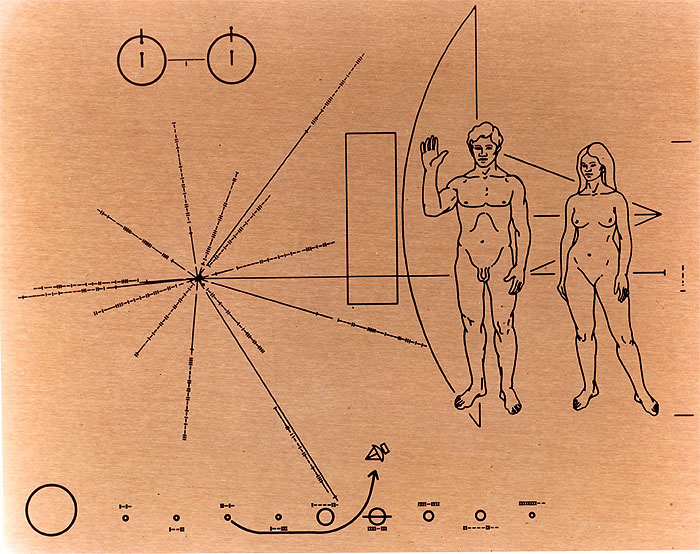 Pioneer 10's famed Plaque features a design engraved into a gold-anodized aluminum plate, 152 by 229 millimeters (6 by 9 inches), attached to the spacecraft's antenna support struts to help shield it from erosion by interstellar dust
. 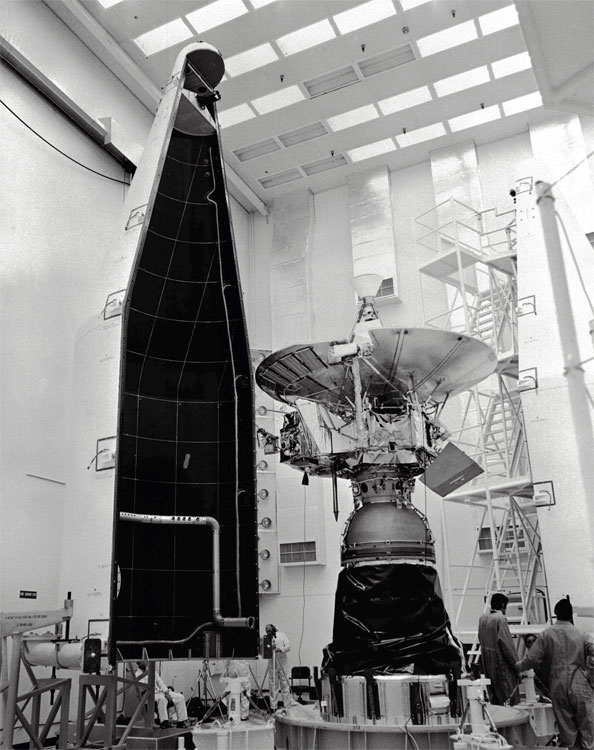 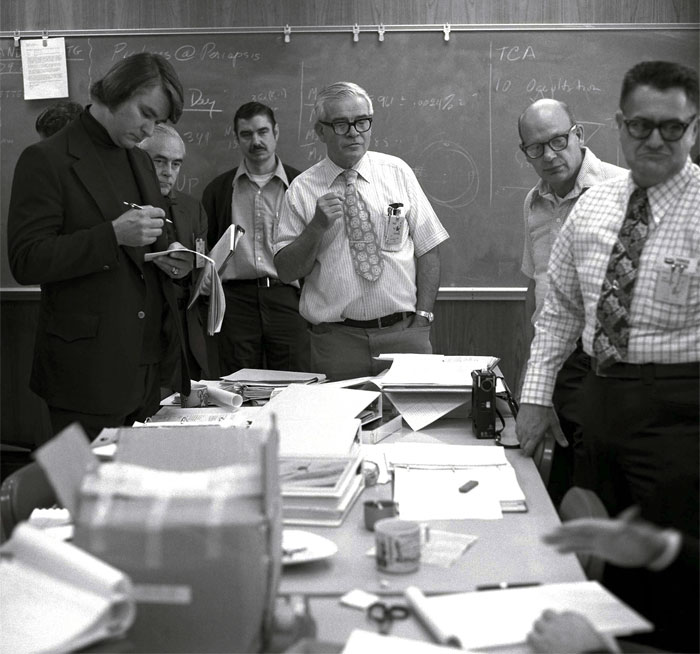 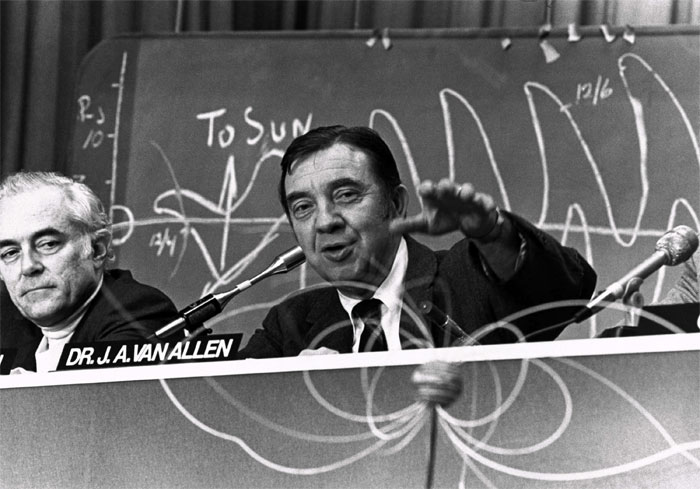 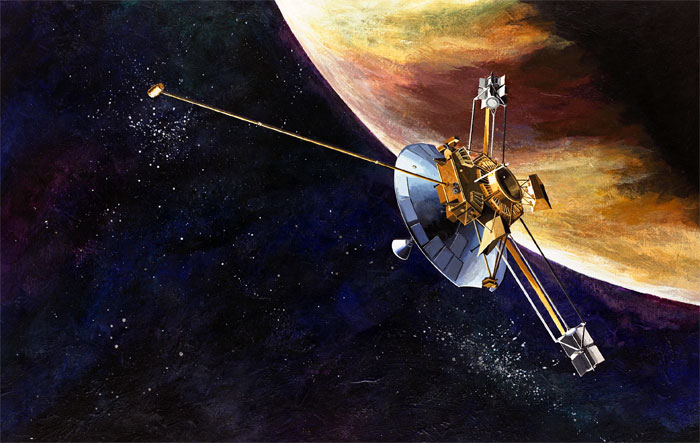