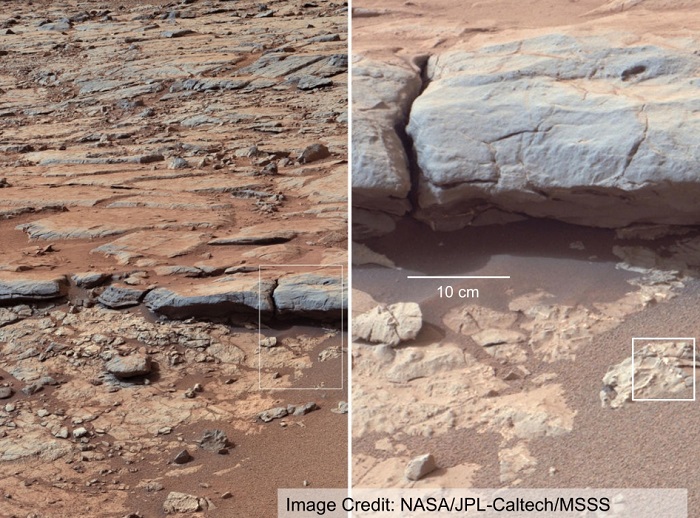 The Importance of Nested Scales of Observations, Large Scales

Observations at large scales, such as panoramas of Martian landscapes, help researchers identify smaller-scale features of special interest for examination in more detail. Those smaller-scale observations may in turn reveal even finer-scale features for close-up examination. This concept of nested scales is illustrated here with images from the right Mast Camera (Mastcam) on NASA's Mars rover Curiosity that show the lower stratigraphy at "Yellowknife Bay" inside Gale Crater on Mars. These images were taken during the 137th Martian day, or sol, of Curiosity's work on Mars (Dec. 24, 2012). The image at right covers an area about one foot (about 30 centimeters) across. The location of that image within the left-side image is indicated by the white box in the image. The white box in the right image indicates a smaller feature of interest that requires even higher spatial resolution.