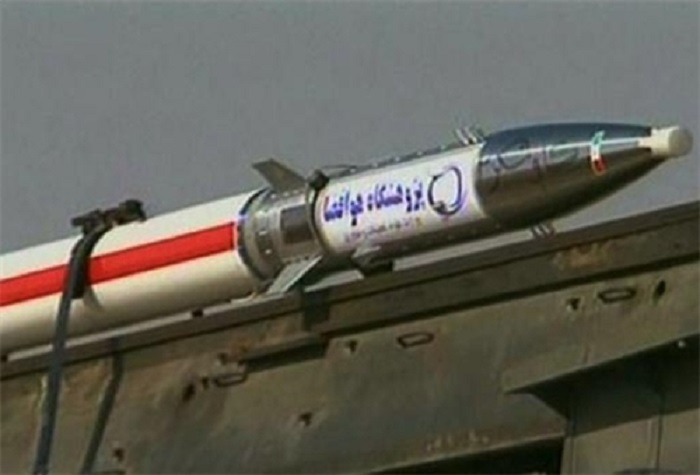 TEHRAN (FNA)- Head of Iran's Space Agency (ISA) Hamid Fazeli Saturday announced that his agency plans to send the second living creature into the space in a couple of months on the back of a liquid-engine explorer rocket.
.
Official: Iran to Send Second Living Creature into Space in October

"In a new initiative, Iran's Aviation Agency will send another living creature to the space by mid-October through a liquid-fuel explorer which has less acceleration and is equipped with control and monitor system. It leads to a return of the living creature with high precession," Fazeli said.

Fazeli also expressed the hope that the living creature would be received again in the earth safe and sound.

Sending liquid-fuel capsule into space has many advantages including the high precision and better navigational and controlling systems, he added.

Late in January, the Iranian Defense Ministry's Aerospace Industries Organization announced that it has sent a monkey into the space on the back of Pishgam (Pioneer) explorer rocket, and that it has brought back and recovered the living cargo.

The Aerospace Industries Organization said it had sent the living creature into space aboard an indigenous biocapsule as a prelude to sending humans into space.

The Aerospace Industries Organization said the capsule was sent to an orbit beyond 120km in altitude and carried out telemetry of the environmental data records.

The explorer rocket was launched by the Aerospace Industries Organization and it returned to the Earth after reaching the desired speed and altitude, and the living creature (monkey) was retrieved and found alive.

In mid-March 2011, ISA announced the launch of the Kavoshgar-4 rocket carrying a test capsule designed to house the monkey.

The capsule had been unveiled in February 2011 by former President Mahmoud Ahmadinejad, along with four new prototypes of home-built satellites.

At the time, Fazeli called the launch of a large animal into space as the first step towards sending a man into space, which Tehran says is scheduled for 2020.

Iran had sent small animals into space - a rat, turtles and worms - aboard a capsule carried by its Kavoshgar-3 rocket in 2010.

The Islamic republic, which first put a satellite into orbit in 2009, has outlined an ambitious space program and has, thus far, made giant progress in the field despite western sanctions and pressures against its advancement.

Iran has taken wide strides in aerospace. The country sent the first biocapsule of living creatures into space in February 2011, using its home-made Kavoshgar-3 (Explorer-3) carrier.

Former president Ahmadinejad announced in 2010 that Iran plans to send astronauts into space in 2024. But, later he said that the issue had gone under a second study at a cabinet meeting and that the cabinet had decided to implement the plan in 2019, five years earlier than the date envisaged in the original plan.

Omid (hope) was Iran's first research satellite that was designed for gathering information and testing equipment. After orbiting for three months, Omid successfully completed its mission without any problem. It completed more than 700 orbits over seven weeks and reentered the Earth's atmosphere on April 25, 2009.

A new generation of home-made satellites and a new satellite carrier called Simorgh (Phoenix) were among the latest achievements unveiled by Iran's aerospace industries.

The milk-bottle shaped rocket is equipped to carry a 60-kilogram (132-pound) satellite 500 kilometers (310 miles) into orbit.

The 27-meter (90 foot) tall multi-stage rocket weighs 85 tons and its liquid fuel propulsion system has a thrust of up to 143 tons.

Iran is one of the 24 founding members of the United Nations' Committee on the Peaceful Uses of Outer Space (UNCOPUOS), which was set up in 1959.

Iranian Defense Minister Brigadier General Hossein Dehqan says the country’s new domestically designed and manufactured satellite is ready to be launched into orbit, and it will be lifted into space in due time.
“Presence in space is a strategic issue and indicates the scientific, technological and industrial power of the Islamic Republic of Iran,” Dehqan said in the Iranian Persian Gulf island of Kish on Tuesday.
He added that Iran enjoys “acceptable potential and capabilities” regarding the manufacture of satellites and satellite carriers as well as lift-off of satellites and their navigation in the space.
The Iranian defense minister expressed hope that such achievements would further progress under the current Iranian administration.
Iran launched its first indigenous satellite, Omid (Hope), in 2009. The country also sent its first bio-capsule containing living creatures into the space in February 2010, using the indigenous Kavoshgar-3 (Explorer-3) carrier.
Dehqan also said Moscow must honor its deal with Iran with regards to the delivery of Russian-made S-300 missile systems to the Islamic Republic.
A group of senior Russian military officials recently visited Iran to find a solution to the dispute over the missile systems.
“The implementation of the agreement was among the major issues discussed with the Russian side. Russia has refused to honor the deal under the pretext of sanctions [against Iran]. This is while the contract was signed before the adoption of the UN Security Council resolution, and Moscow must therefore stand committed to the deal,” he stated.
Under a contract inked in 2007, Russia undertook to provide Iran with at least five S-300 missile systems. However, Moscow refrained from meeting its obligations under the pretext that they were covered by the fourth round of the UN Security Council sanctions against Tehran.
Following Moscow’s failure to deliver the systems, Iran filed a complaint against the Russian arms firm, Rosoboronexport, with the International Court of Arbitration in Geneva.
Dehqan further noted that Iran pursues active defense diplomacy in line with the consolidation of regional security and stability, stressing that the Islamic Republic regards the presence of outsiders in the Middle East as a source of insecurity.