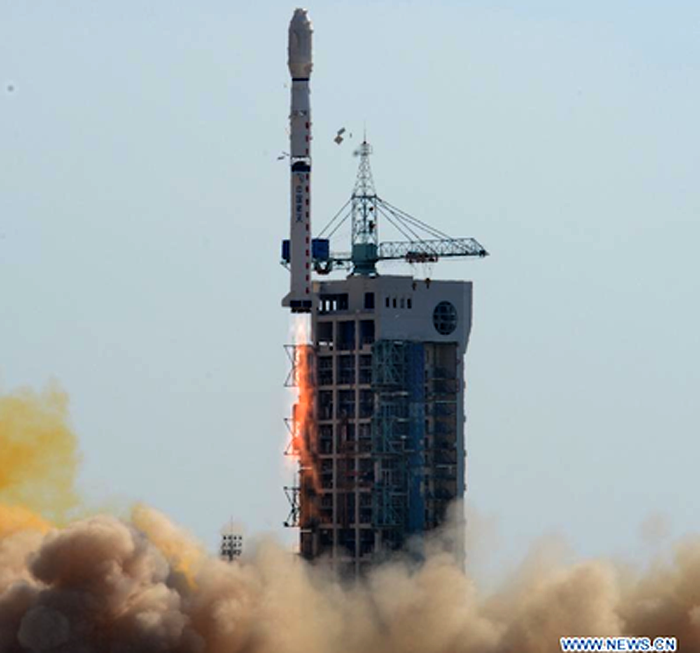 A Chinese Long March 4B rocket launched Friday with a payload named Shijian 16, which state media claims is an experimental satellite for the testing of advanced space technologies.

The Long March 4B booster, standing as tall as a 15-story building, blasted off at 0350 GMT Friday (11:50 p.m. EDT Thursday) from the Jiuquan satellite launching center in northwest China's Inner Mongolia province.
The launch occurred at 11:50 a.m. Beijing time.
The rocket put the Shijian 16 satellite in orbit about 13 minutes later. Tracking data released by the U.S. military showed the three-stage rocket achieved an orbit about 375 miles high with an inclination of 75 degrees.
According to the state-run Xinhua news service, Shijian 16 will be "used mainly for conducting space environment exploration and technological experiments." Xinhua did not identify the operator or manufacturer of the satellite.
Shijian means "practice" in Chinese.
Xinhua reported the launch was successful, but Chinese news sources did not announce the launch in advance, in keeping with standard practice for most of the nation's military space missions.
Friday's launch was the 57th space mission to reach Earth orbit in 2013, and it was China's 9th space launch of the year, all successful.
Quelle: XINHUA
« Zum vorherigen Eintrag Zum nächsten Eintrag »
3527 Views
Created with page4