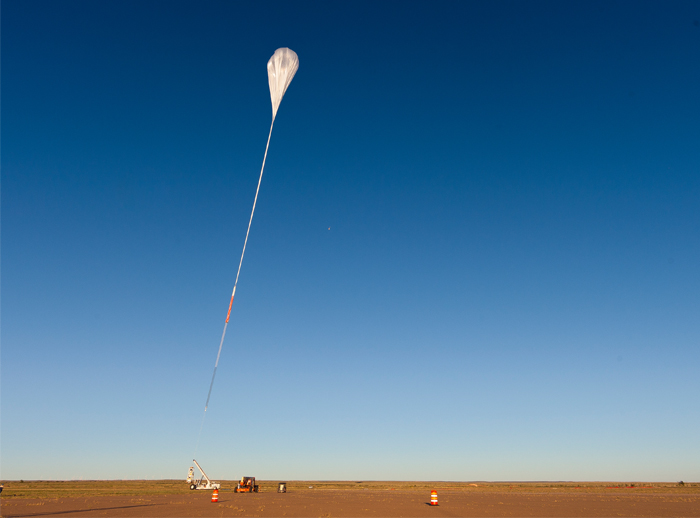 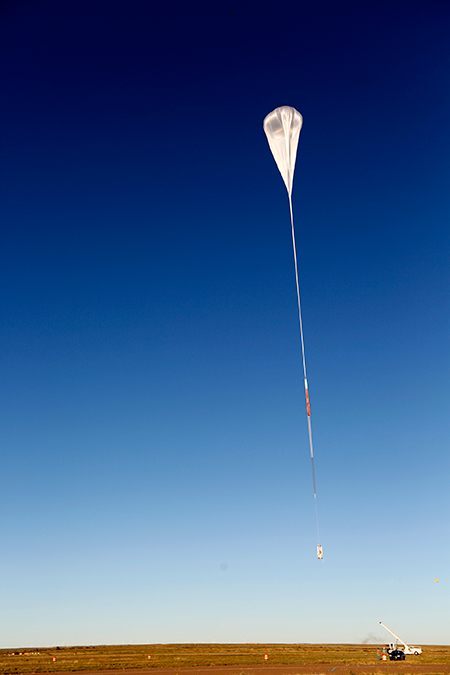 NASA's Balloon Rapid Response for ISON (BRRISON) launches at 8:10 p.m. EDT on Sept. 28, 2013, from the Columbia Scientific Balloon Facility in Fort Sumner, N.M. The gondola carries a 0.8-meter telescope and two instruments that will attempt to observe Comet ISON, a rare type of Oort Cloud comet that will pass close to the sun on Nov. 28, 2013. The Johns Hopkins University Applied Physics Laboratory in Laurel, Md., built BRRISON and manages the project for NASA. 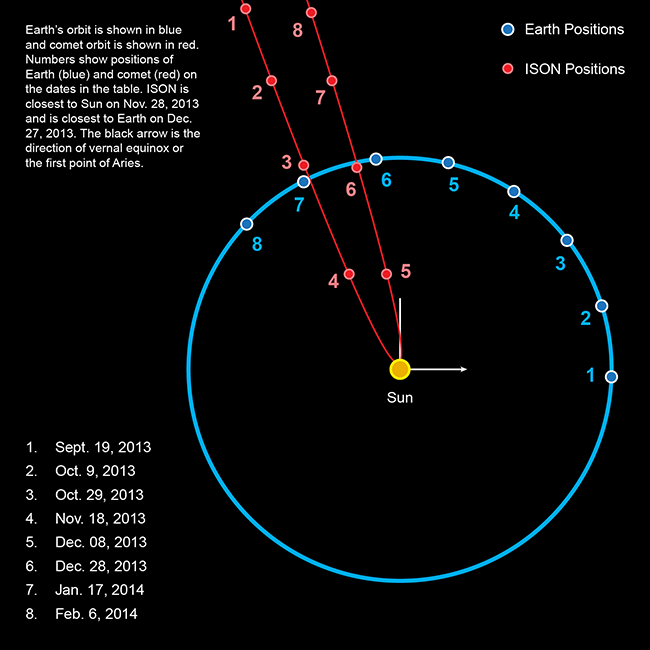 Comet ISON: Rendezvous in 2013
Comet ISON is currently on its way towards our Sun, and will pass Earth as it approaches the Sun in late fall of 2013. It is on course to swing past the Sun and come nearest to Earth on December 26, 2013. Due to the changes that can occur when the comet gets closer to the Sun, BRRISON will observe the comet before perihelion – when the comet is closest to the Sun – so that the comet’s physical and chemical properties are likely less affected by the Sun’s heat and radiation.
In early 2014, Comet ISON may be easily observable using ground-based techniques from the Northern Hemisphere. During this time, the comet could put on a show for Earth observers as it is likely to be a very bright comet and should be visible to the naked eye for weeks.The orbit of ISON is tilted almost 62 deg out of the plane of the ecliptic (this is not unusual for a comet). Hence, when the comet is closest to the Earth, on Dec 27, 2013, it is actually far north of the ecliptic plane. At the point 6 in the figure, the comet is 0.43 AU from the Earth (the radius of the blue circle, Earth’s orbit, is 1 AU).
.
Aktuelle NEWS darüber enden auf dieser Seite:
. 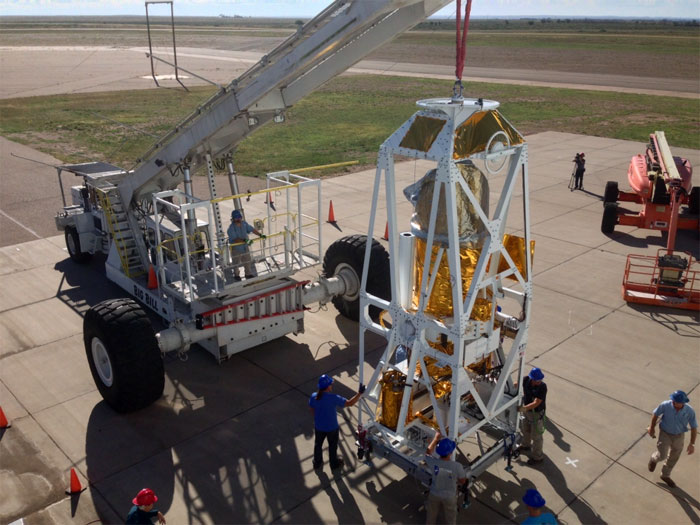 BRRISON Payload Rolled Out
The Balloon Rapid Response for ISON (BRRISON) payload is rolled out of its processing bay this morning at Ft. Sumner, N.M., for electronics and communications testing prior to its expected pre-dawn flight on September 29. During it Sunday flight, BRRISON will observe the comet as it heads towards the sun for its passage of the fiery giant in late November.
NASA BRRISON and Government
« Zum vorherigen Eintrag Zum nächsten Eintrag »
3606 Views
Created with page4