MAJOR FIREBALL EVENT, UPGRADED: NASA's Meteoroid Environment Office has upgraded its estimates of a major fireball that exploded over the southeastern USA around 2:30 AM on August 28th. Lead researcher Bill Cooke says "the fireball reached a peak magnitude of -13, brighter than a Full Moon, and cast shadows on the ground. This indicates that the meteoroid had a mass of over 50 kg (110 lbs) and was about 40 cm (16 inches) in diameter. It hit the top of Earth's atmosphere traveling 23.7 km/s (53,000 mph)." Watch the movie, then read more about the fireball below: 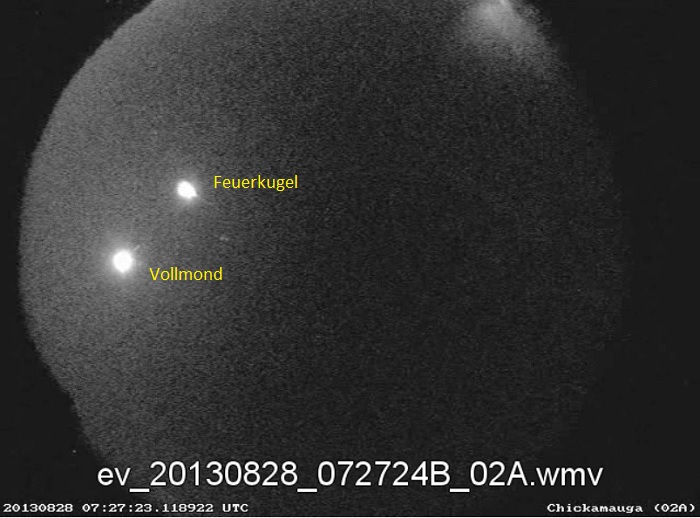 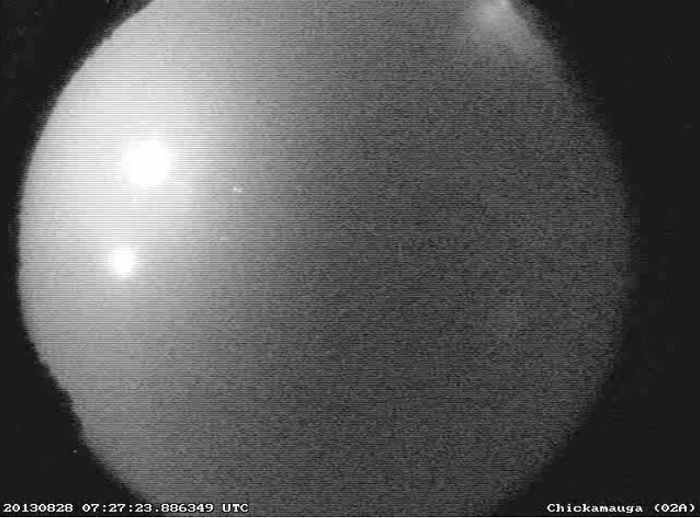 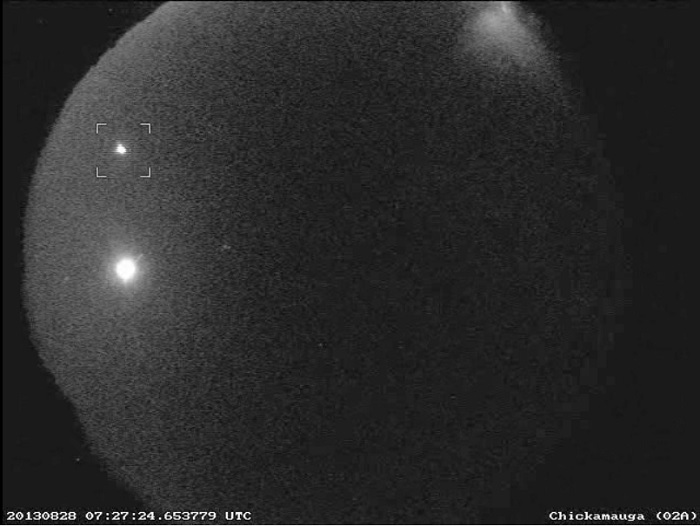 "As far as I know, this is the brightest event our network has observed in 5 years of operation," he continues. "There are reports of sonic booms reaching the ground, and data from 4 doppler radars indicate that some meteorites may have fallen along the fireball's ground track." (Note: The city in the ground track map is Cleveland, Tennessee, not Cleveland, Ohio.)

Using data from multiple cameras, Cooke has calculated a preliminary orbit for the meteoroid. The shape and dimensions of the orbit are similar those of a Jupiter-family comet. If meteorites are recovered from the Tennessee countryside, their chemical composition will tell researchers more about the origin of the fireball.