Earlier this week, NASA announced that two commercial space companies have placed bids on one of the mobile launch platforms at the Kennedy Space Center in Florida. The platform is one of three structures originally designed and built for Project Apollo back in the 1960s; the hardware was redesigned and refitted for use with the Space Shuttle in the late 1970s and was in use continually until the Shuttle program's end in 2010. 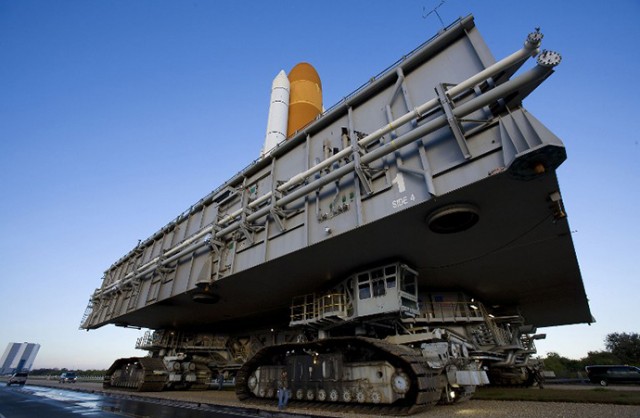 One of the three mobile launch platforms, situated atop a crawler-transporter.

The two companies bidding on the launch platforms are Elon Musk's SpaceX and Jeff Bezos' Blue Origin. Both companies would use the platforms as part of their own rocket launch efforts, and both companies have their eyes set on far larger NASA assets: Launch Complex 39A.

Launch Complex 39, with its two pads (LC39A and LC39B), is NASA's largest and most sophisticated space launch facility. Like most of NASA's crown jewels, the site was constructed to support Project Apollo and repurposed into the Shuttle era. Pad 39A is the southern of the two and hosted 12 Saturn V launches and 80 shuttle launches; pad 39B was used for one Saturn V flight, 4 Saturn 1B flights, 53 shuttle launches, and the single Ares flight.

Since the start of Project Apollo, LC39 has been the only NASA facility used to launch astronauts into space. It has comprehensive support resources in place—refitting and processing buildings, the enormous Vehicle Assembly Building, fuel tankage, and all the other myriad systems required to support manned rocket launches. Combined with the site's enormous size, LC39 is prime commercial space launching territory, and both SpaceX and Blue Origin want in. SpaceX reportedly wants exclusive access to pad 39A, while Blue Origin wants to run the pad as a multi-tenant site. 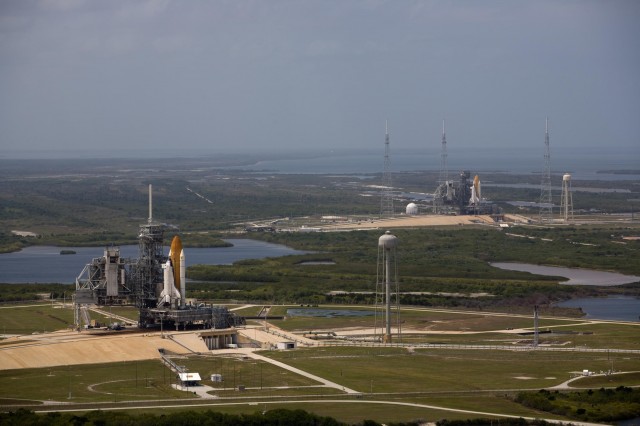 Atlantis prepares at pad 39A in foreground for her mission to service the Hubble Space Telescope, while Endeavour stands ready to fly a rescue mission if needed from 39B in background. This is the fourth and final time in the shuttle program that two orbiters were simultaneously on the pads at LC39.

Also being divested is the shuttle runway and Shuttle Landing Facility at the Kennedy Space Center. This particular asset is being brought under the control of Space Florida, a state-backed public/private partnership responsible for aerospace-related business development in Florida. In a conversation with Ars, a Space Florida spokesperson clarified that Space Florida isn't buying or leasing the runway but rather will assume control of it from NASA and will "manage its utilization."

There are several companies interested in using the Shuttle Landing Facility for operations. Although Space Florida is currently under NDA and could not disclose any names, indications are that companies are interested in it for a Virgin Galactic-style suborbital aircraft.

Space Florida is already heavily involved in the disposition of NASA's shuttle assets; they are responsible for the refit of Orbital Processing Facility 3 (which was used to maintain Shuttles between missions) for commercial use. They also manage two smaller launch sites at Cape Canaveral: Launch Complex 36 and Launch Complex 46.

NASA currently operates without a single operational man-rated spacecraft or launch vehicle. This will continue to be the case until at least 2017 when the Space Launch System is scheduled to make its maiden flight. If all goes according to schedule, SLS will then carry its first astronauts into orbit in 2021.