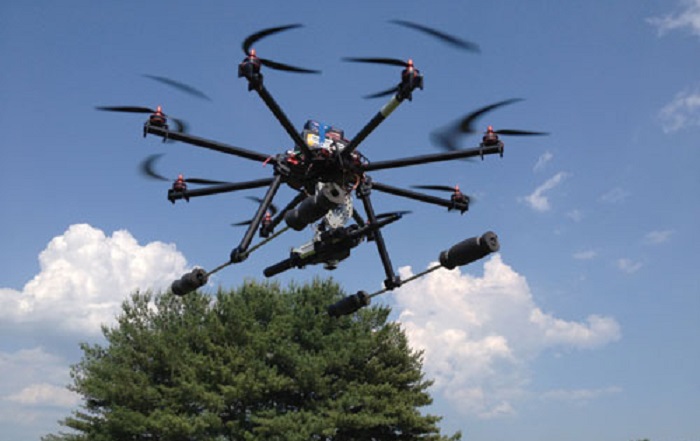 Over the last decade, small unmanned aerial vehicles have become a common sight on the battlefield. Loaded with sensors ranging from cameras to hazardous chemical sniffers, their utility has been measured in the thousands of fielded vehicles used every day.

But despite their prevalence, the future — particularly in the midst of slashed Defense Department budgets and the imminent pull out of troops from Afghanistan in 2014 — is murky, some experts have said.

The U.S. Army is the biggest buyer of small unmanned systems in the world, but as the United States largely leaves the Middle East, the market will take a nose dive, said Phil Finnegan, director of corporate analysis at The Teal Group, a Fairfax, Va.-based defense and aerospace market analysis firm.

“For mini-UAS [unmanned aerial systems] … it is going to be a difficult military market,” said Finnegan. “The U.S. market is going to be depressed because you’ve got a lot already in inventory and the services have budget crunches.”

Some lost sales could be recouped through international contracts, but Finnegan said U.S. manufacturers have had a tough time meaningfully tapping into the global market, whereas other countries, like Israel, rely almost exclusively on exports to survive. Stringent U.S. export regulations are part of the problem, he said.

“The cumbersome nature of those export regulations — and the time delays connected with them — a lot of times will discourage foreign customers from buying a U.S. system,” said Finnegan.

On the domestic front, there isn’t a clear path forward, Finnegan said. Some UAVs will be put in storage after the war ends, while others could be used for peacekeeping purposes or for training, he said. But that may not be enough to help keep sales aloft.

One problem with small UAVs, as opposed to larger systems, is that customers inherently want more capabilities, which not only drive up costs, but increase weight and affect endurance, said Larry Dickerson, a senior defense analyst at Forecast International, a Newtown, Conn.-based marketing consulting firm. Adding more sensors, electronics and other gizmos will eventually turn a small UAV into a big multi-million dollar one, he said.

“The more you want it to do, especially when you get these tiny little electronics, that’s where it kills you,” said Dickerson. “If you want to cram electronics on these things — you want these miniaturized surveillance packages, and you want real-time data links and real-time video feeds … that’s where it’s going to get expensive.”

The wars in Iraq and Afghanistan were beneficial for the UAV market, as they provided profits to manufacturers and simultaneously gave companies a venue to experiment with new platforms for a decade. Soldiers also had a chance to become familiar with the systems, which often replaced mundane tasks such as surveillance. But future opportunities will be harder to come by given the current fiscal situation, said Dickerson.

Furthermore, if the United States enters conventional warfare in the future with a peer competitor, small UAVs may not be useful, he said. While not an easy target, small unmanned systems may have to contend with anti-aircraft weapons. High casualty rates for the aircraft will have to be accepted, he said.

The evolution of small unmanned aerial vehicles will be slow, Dickerson said. While there are thousands of small drones on the battlefield that are flying hundreds of thousands of hours, there are still a number of kinks to work out. Wind is a major problem for small UAVs, and poor weather conditions can often derail missions. It will take another decade for the rough spots to be smoothed out and real innovation to occur, Dickerson said. Improvements to airframes are likely, but the electronic systems will stay relatively the same, he added.

Globally, the market will be widespread, Dickerson said. From Asian countries such as Thailand and Singapore, to African countries such as Ethiopia and Uganda, a number of nations are looking to procure small UAVs. These countries can use the systems for border control, surveillance and tactical operations, he said.

“You’re going to see a lot of countries stepping in and spending more money because they have seen what the United States has been able to do with these systems,” said Dickerson.

Despite smaller budgets, one Army organization is always on the lookout for new technology and ideas.

Located at Fort Belvoir, Va., the Army’s Rapid Equipping Force researches emerging technologies and applies them to urgent soldier needs. Many of those requirements have been or can be addressed with small unmanned aerial vehicles, said REF’s lead scientist Karen Harrington.

One of the most recognizable unmanned aerial systems to come out of the organization is AeroVironment’s Puma system, which is now a program of record, said Harrington. The program transitioned to an Army aviation program office. When soldiers began to ask for additional capabilities, such as increased endurance, REF and the Unmanned Aircraft Systems Project Office were able to collaborate to rapidly meet the demand.

REF scientists often attend trade shows or reach out to companies to learn about their latest products. One UAV that recently caught their eye is Brimrose Technology Corp.’s Heli Engagement Reconnaissance Observatory, or HERO, said Harrington. The 7-pound system — built by the Sparks, Md.-based technology company — is reconfigurable, portable and can hold a payload of up to 13 pounds.

While there is no official contract with Brimrose yet, REF is looking at HERO to perform subterranean exploration during military missions, Harrington said.

There is a growing need for unmanned systems to navigate cavernous areas before soldiers can enter. From toxic gas to hidden enemies in a cave, UAVs can gather intelligence and potentially take soldiers out of harm’s way.

“If you look at the world of subterranean operations, it’s ginormous — everything from … little manmade holes to big, hardened underground facilities where they’re developing bad stuff,” said Harrington. “Getting situational awareness of an underground facility before a soldier has to … go in and engage is critical.”

Each HERO system will cost around $10,000, Ronald Rosemeier, president and CEO of Brimrose said. The relatively low-cost — compared to some multi-million dollar systems — is important during austere times, he added.

HERO can be reconfigured for multiple missions by using an array of sensors, either from Brimrose or a customer’s own payload, Rosemeier said.

The system is small enough to fit into a soldier’s backpack and can be launched quickly. If a data connection is lost between the system and the operator, HERO will automatically fly back to the location where it took off from, Rosemeier said.

Harrington said HERO’s “healthy” payload capability was a major factor in REF’s interest in the system.

Despite plans to pull out of Afghanistan, Harrington said that the need for small unmanned aerial vehicles will endure.

Increasing endurance, cutting down on weight and improving the quality of onboard cameras are three capabilities for small UAVs that Harrington would like to see in future systems, she said.

REF is also searching for a micro-unmanned aerial system that is equipped with a camera that is battery operated, capable of 90 minutes of operation and can be controlled by a single soldier, according to REF officials.

At AeroVironment, another unmanned systems company, executives said they are always looking to innovate.

It is currently working on increasing endurance, reducing weight and improving camera capabilities for its fleet of small unmanned systems, Heidel said.

Recently, the company introduced a new gimbaled payload for its systems that allows for greater mobility with its onboard cameras without moving the actual airframe. It is currently working on upgrading systems in the field with the new capability.

Despite declining budgets and the end of the war in the Middle East, Heidel said there would always be a requirement for small UAVs.

“Even though you’re going to see shifts within what we call ‘the activities’ right now, there is always going to be a need, a continued growing need, to understand very quickly what’s happening out front,” said Heidel.

Heidel also pointed to the lower costs of smaller systems compared to large ones that have billion-dollar budgets behind them. That value, along with immediate situational awareness, will keep the small UAV market afloat, he said.

AeroVironment is also looking to fulfill contracts internationally. So far, the company has done work with 24 countries, and sold products to the armies of both Denmark and Sweden, among others, Heidel added.

Selling to the commercial market domestically and internationally is also appealing to the company, Heidel said. Already, the National Oceanic and Atmospheric Administration is using Puma systems to help track the weather.