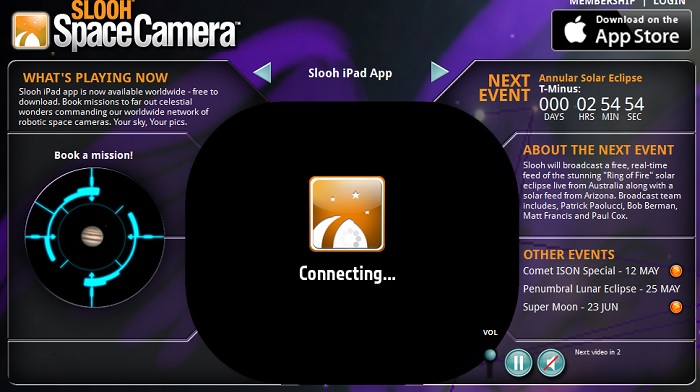 An eclipse of the sun will occur on Thursday and you can watch it live online, right here.

Ideally you would go outside with a pair of very dark sun-gazing glasses, or a cardboard box with a pinhole in it, and see this event for yourself, but unless you live in Australia, Papau New Guinea, or the Solomon Islands, you are out of luck.

The path of this eclipse sweeps inconveniently through some of the most remote regions on Earth.

Luckily, the folks at Slooh Space Camera, a website that live streams celestial events, will have a telescope set up in Australia and will be streaming a live feed of the eclipse online.

The live video feed will begin at 2:30 PDT, and will be embedded in this post at that time.

Thursday's eclipse is a special one. The moon is near apogee--the point in its orbit when it is furthest from Earth. Because it is further away than usual, it also appears smaller in the sky than usual.

So Thursday afternoon, when the Earth, moon and sun line up so that the moon is directly between the Earth and  sun, the moon will actually appear too small to cover the sun entirely.

Instead, the moon will block out the center of the sun, leaving a round halo of sunlight called an annulus or "ring of fire." It is kind of like what happens when you put a penny on top of a nickel.

The Slooh feed should include video of the full "ring of fire" said Patrick Paolucci, president of Slooh, in an email to the Los Angeles Times. "It really depends on the weather and such, but we should," he wrote.

The eclipse as seen from Australia will last for just a few minutes, but it should be beautifull.

And for those of you wondering why this same part of the world got to see a full eclipse last November as well, it turns out it is just very unusual, highly unlikely, very good luck. 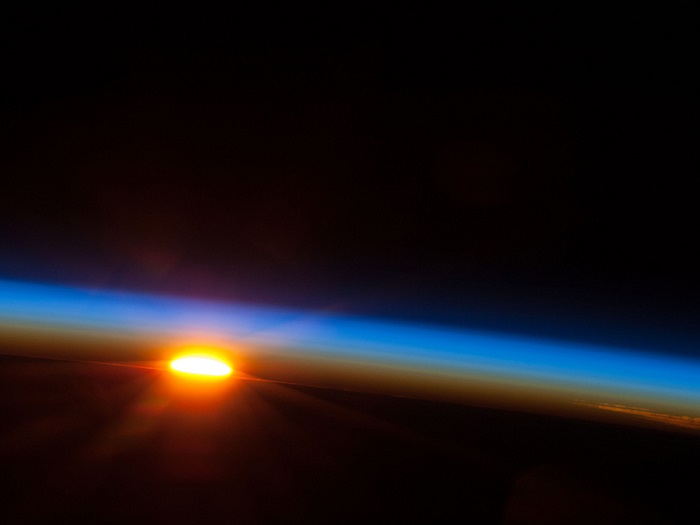 Sunrise Over the South Pacific Ocean

The sun is about to come up over the South Pacific Ocean in this colorful scene photographed by one of the Expedition 35 crew members aboard the Earth-orbiting International Space Station between 4 and 5 a.m. local time, May 5, 2013.

The space station was at a point above Earth located at 27.4 degrees south latitude and 110.1 degrees west longitude, a few hundred miles east of Easter Island. 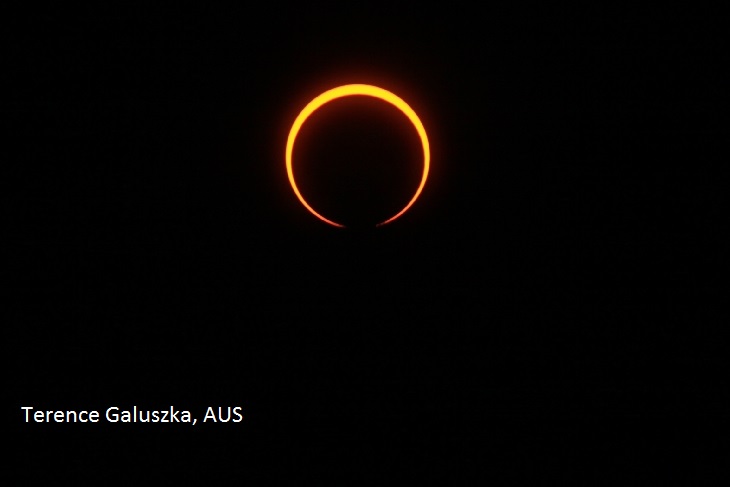 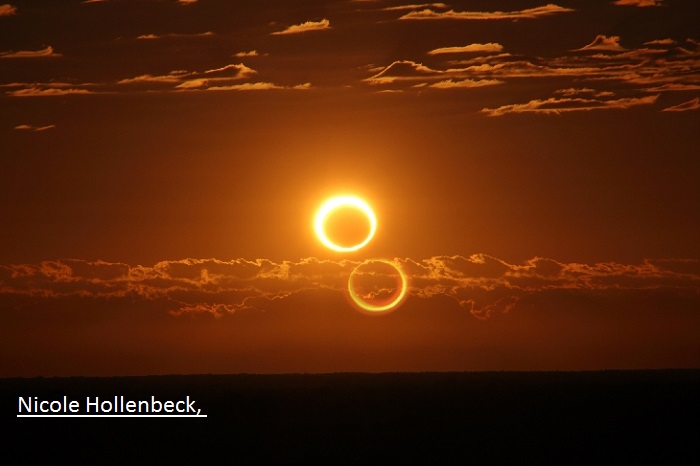 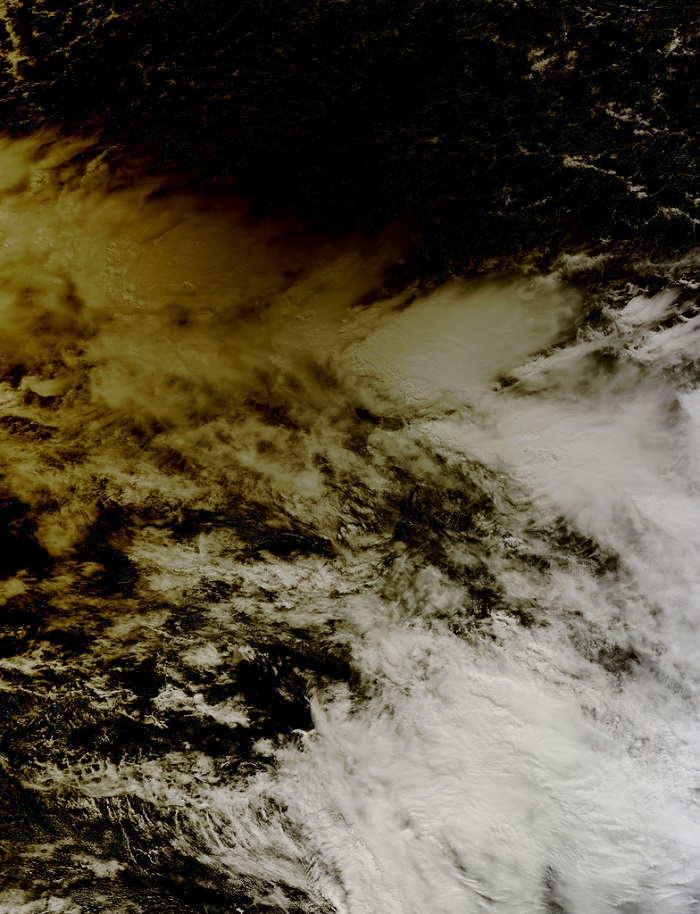 NASA's Terra satellite captured this shot of the moon's shadow darkening the region northeast of Australia, including the Solomon Islands, during the "ring of fire" solar eclipse on May 9, 2013.
CREDIT: NASA/Goddard/MODIS Rapid Response Team

A NASA Earth-observing satellite has captured the moon's shadow darkening a patch of the Pacific Ocean during Thursday's stunning "ring of fire" solar eclipse.

The first solar eclipse of 2013 turned the sun into a dazzling ring of fire Friday (May 10) for observers in northern Australia, eastern Papua New Guinea and other parts of the Pacific. Because this region is on the other side of the International Dateline, it was Thursday (May 9) in the U.S. during the eclipse. The moon passed directly in front of our star but didn't block it out completely, leaving a bright ring of light around the edges.