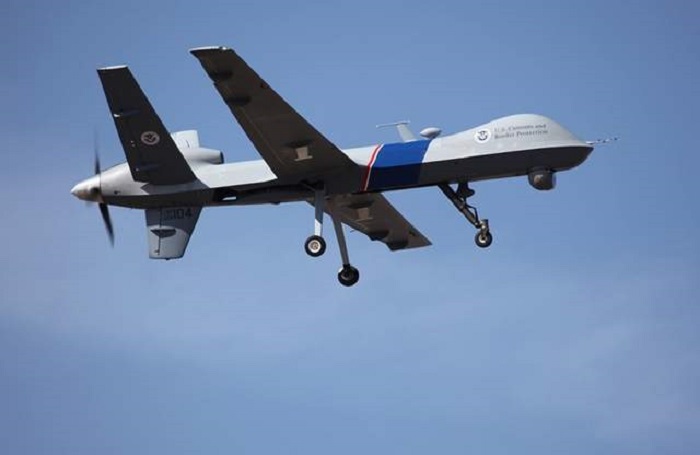 Florida hopes to become one of six test ranges the Federal Aviation Administration selects to study how to safely integrate unmanned aerial vehicles into the national airspace.

The board approved another $715,000 for that initiative, on top of $1.4 million previously committed.

The funding will support a series of technology demonstrations and flight tests – not necessarily involving drones – to help prove Florida’s capabilities.

At least 50 applicants from 37 states have said they intend to submit test range proposals, according to the FAA.

One reason: the massive growth projected for the unmanned vehicle industry.

Citing an industry trade group study, Space Florida CEO Frank DiBello said it was projected to be a $92 billion business over the next decade “and Florida deserves a significant place in that market.”

It includes a “code of conduct” that attempts to address growing privacy concerns about drone operations.

“I think our proposal will be compelling,” said DiBello.

The FAA expects to select the six test sites by the end of this year.

Even if it doesn’t win, Space Florida says it will continue working to attract drone operators and developers of their applications.

Separately, the board approved a raise for DiBello that could approach nearly 50 percent of his current $175,000 salary, which has not changed since DiBello was hired in 2009.

The new salary is not yet final but is expected to increase to about $260,000.

That’s in the middle of a range that an agency-wide compensation study determined to be market value.

“I think we have a terrific CEO,” said interim board chair William Dymond.

Dymond was voted into the position at the start of Wednesday’s meeting to replace the previous chair, former Lt. Gov. Jennifer Carroll, who resigned from that position in March.

DiBello oversees a $10 million budget for operations and business development.

The Legislature this year also approved a $7 million financing fund.

Space Florida considers that a critical tool in its efforts to lure jobs that can diversify the state's aerospace industry and help it recover from the 2011 retirement of NASA's shuttle program.