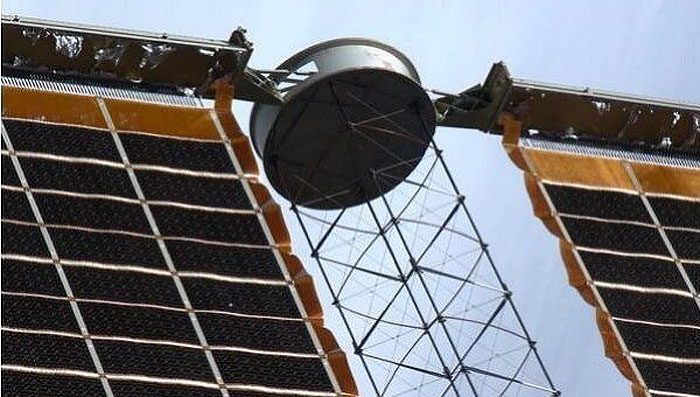 A small object, possibly a meteoroid, has flown through a solar panel on the International Space Station, leaving a “bullet hole,” Canadian astronaut and Expedition 35 commander Chris Hadfield has said.
“Bullet hole - a small stone from the universe went through our solar array. Glad it missed the hull,” Hadfield wrote in his Twitter blog, revealing a photo of the damage he took during a recent EVA or "space walk" around the ISS.
However, experts believe the hole was probably caused by a random object, possibly space junk, which would not have been able to penetrate the layers of the station's hull.
Jim Scotti, a planetary scientist at the University of Arizona's Lunar and Planetary Laboratory, said: “It's unlikely this was caused by a meteor, more likely a piece of man-made space debris in low Earth orbit.”
Quelle: RIANOVOSTI
« Zum vorherigen Eintrag Zum nächsten Eintrag »
3749 Views
Created with page4