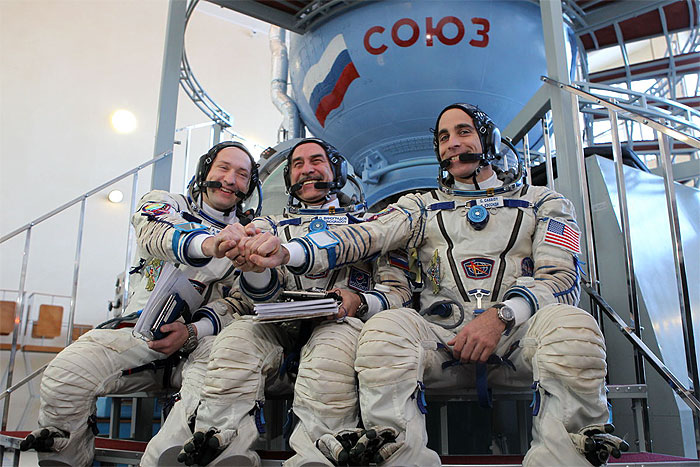 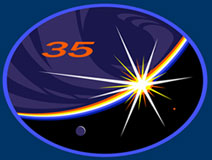 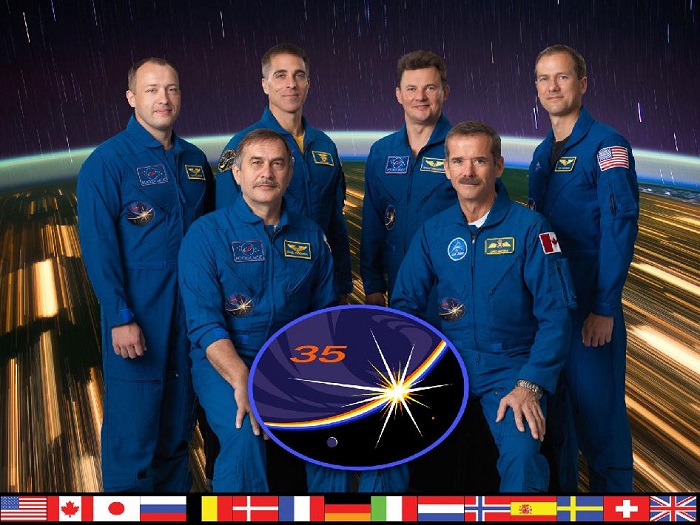 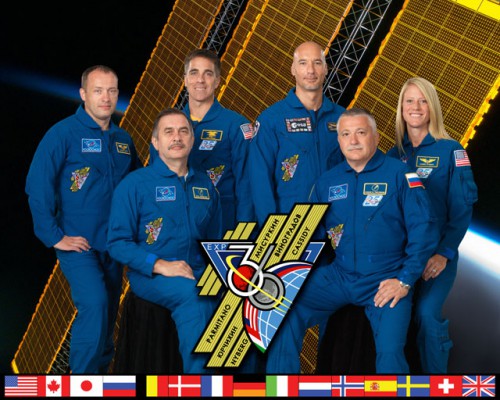 The two “halves” of the Expedition 36 crew, scheduled to be launched aboard Soyuz TMA-08 in March and Soyuz TMA-09M in May. Seated are Pavel Vinogradov (left) and Fyodor Yurchikhin, with (left to right) Aleksandr Misurkin, Chris Cassidy, Luca Parmitano, and Karen Nyberg standing. Photo Credit: NASA
.
Quelle: NASA
Update: 26.03.2013
.

Quelle: NASA
.
Update: 27.03.2013
.
Soyuz Rolls Out
The Soyuz rocket is rolled out to the launch pad by train on Tuesday, March 26, 2013, at the Baikonur Cosmodrome in Kazakhstan. Launch of the Soyuz rocket is scheduled for March 29 and will send Expedition 35 Soyuz Commander Pavel Vinogradov, and Flight Engineers Chris Cassidy of NASA and Alexander Misurkin of Russia on a five-and-a-half-month mission aboard the International Space Station. 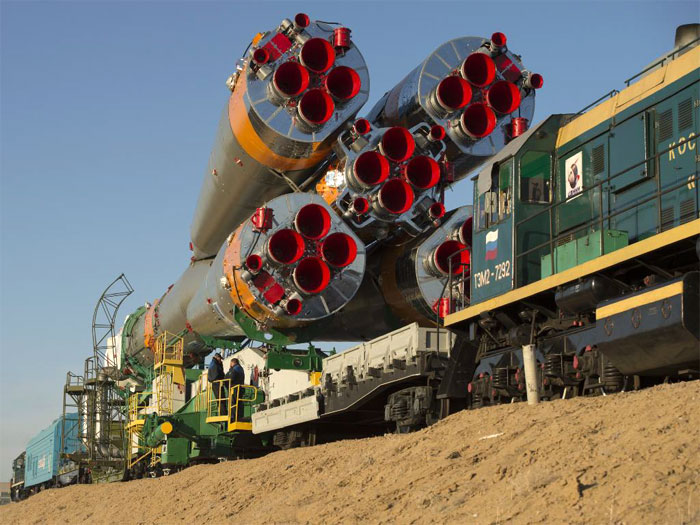