This screen capture from a NASA animation shows the design of the new heavy-lift rocket, the Space Launch System (SLS). (NASA)

The core stage preliminary design review (PDR) was held Thursday at NASA Marshall and included representatives from the agency and Boeing. Boeing's Exploration Launch Systems in Huntsville is the prime contractor for the core stage and its avionics. Marshall manages the SLS Program.

The review was to make sure the core design met requirements "within acceptable risk and fell within schedule and budget constraints,

"Passing a preliminary design review within 12 months of bringing Boeing on contract shows we are on track toward meeting a 2017 launch date," said Tony Lavoie, manager of the SLS stages at Marshall. "We can now allow those time-critical areas of design to move forward with initial fabrication and proceed toward the final design phase -- culminating in a critical design review in 2014 -- with confidence."

The review was to make sure the core stage design met the requirements of the launch system "within acceptable risk and fell within schedule and budget constraints," a NASA statement said. It did that. The core stage will be built at NASA's Michoud Assembly Facility in New Orleans. 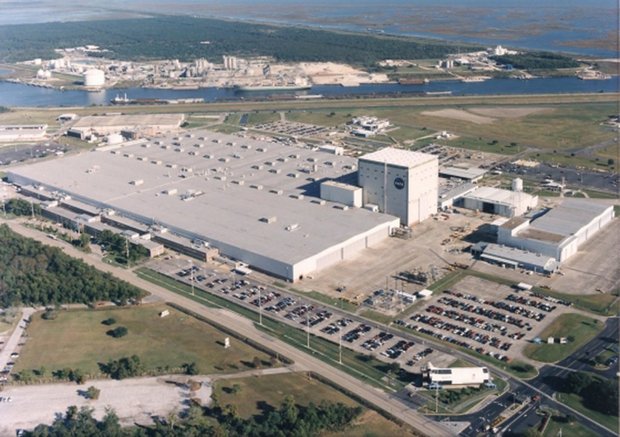 Construction is ready to begin in eastern New Orleans on the major components of NASA's new mega-rocket, designed to transport astronauts to deep space.

The work is expected to bring hundreds of high-paying jobs to the Michoud Assembly Facility when construction on the program, called the Space Launch System, reaches its peak, starting next year and leveling off in 2015.

The heavy-lift rock's massive core stage will be built at Michoud, and the engines that will power the vehicle beyond low-Earth orbit and into deep space will be test-fired at the Stennis Space Center in Mississippi.

The Space Launch System is designed to transport astronauts to far-off destinations like asteroids and Mars over the next decade-and-a-half, an Obama administration goal. An unmanned test mission for the mega-rocket is slated for 2017.

The program's design team completed a major technical review of the core stage Thursday at NASA's Marshall Space Flight Center in Huntsville, Ala., the agency said in a statement Friday.