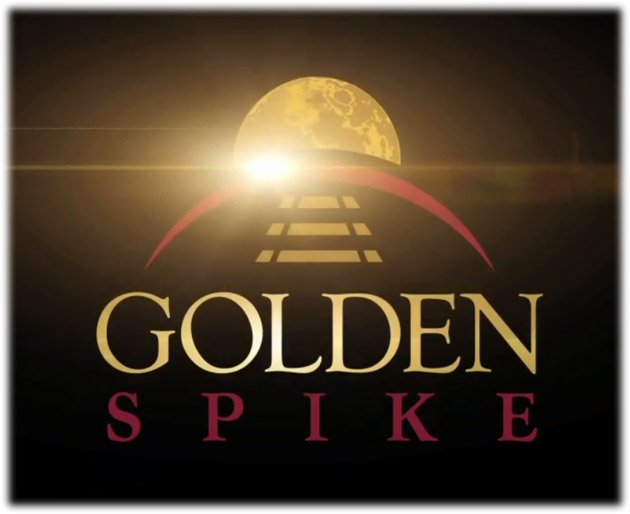 Golden Spike space venture wants to fly you to the moon ... for $1.4 billion

A group of space veterans and big-name backers today took the wraps off the Golden Spike Company, a commercial space venture that aims to send paying passengers to the moon and back at an estimated price of $1.4 billion or more for two.

The venture would rely on private funding, and it's not clear when the first lunar flight would be launched — but the concept received a vote of support from NASA, which canceled its own back-to-the-moon plan two and a half years ago.

Golden Spike's announcement came on the eve of the 40th anniversary of the launch of Apollo 17, the last manned moonshot. Backers of the plan, including former NASA executive Alan Stern and former Apollo flight director Gerry Griffin, discussed the company's strategy at a National Press Club briefing in Washington.

Stern said Golden Spike's experienced team of board members and advisers gave him confidence that they'd be able to make good on what sounds like a supremely overambitious plan. "We realize this is the stuff of science fiction," he said. "We intend to make it science fact."

Stern, a planetary scientist who was NASA's associate administrator for science in 2007-2008, is Golden Spike's president and CEO, while Griffin is chairman of the board. Other board members include new-space entrepreneur Esther Dyson and Taber McCallum, co-founder and CEO of Paragon Space Development Corp. The lineup of advisers taps into a who's who of space figures, including former House Speaker Newt Gingrich, former NASA shuttle program manager Wayne Hale, former NASA engineer Homer Hickam and Bill Richardson, who has served as U.N. ambassador, energy secretary and the governor of New Mexico.

Golden Spike takes its name from the ceremonial spike that joined the rails of the first transcontinental railroad across the United States in 1869, a milestone that opened up the Western frontier to new opportunities.

"We’re not just about America going back to the moon; we’re about American industry and American entrepreneurial spirit leading the rest of the world to an exciting era of human lunar exploration," Stern said in the venture's first news release. "It’s the 21st century, we’re here to help countries, companies, and individuals extend their reach in space, and we think we’ll see an enthusiastic customer manifest developing.”

Ambitions and doubts
Golden Spike's news release said the venture would make use of existing rockets as well as commercial spacecraft that are currently under development to send expeditions to the lunar surface, with the estimated cost of a two-person lunar surface mission starting at $1.4 billion. That's roughly equivalent to the cost of a flagship robotic mission to the moon or Mars, such as the Curiosity-class rover mission that NASA is planning to launch to the Red Planet in 2020.

Stern said Golden Spike's mission architecture has been in development for two years. Each expedition would involve two sets of two launches each: The first set would put the pieces in place to pre-position a lander in lunar orbit. The second set would deliver a two-person crew to hook up with the lander, head down to the lunar surface, return to lunar orbit and then sail home.

That architecture could be put in place for $7 billion to $8 billion, Stern said. "This is a breakthrough cost," he said. In addition to the $1.4 billion for each two-person expedition, Golden Spike would derive revenue from media ventures associated with each moonshot, Stern said.

Golden Spike said market studies indicated that 15 to 20 expeditions could be undertaken in the decade after the first landing. However, no time frame was given for that landing. That's just one of the gaps in Golden Spike's plan. Among the other questions yet to be resolved:

Reaction, pro and con
NASA's associate administrator for communications, David Weaver, issued a statement that portrayed the venture in a positive light while steering clear of a formal endorsement.

"This type of private-sector effort is further evidence of the timeliness and wisdom of the Obama administration's overall space policy— to create an environment where commercial space companies can build upon NASA’s past successes, allowing the agency to focus on the new challenges of sending humans to an asteroid and eventually Mars," Weaver said. "As the private sector works to develop human missions to the International Space Station and eventually the moon, NASA will continue to develop new technologies and capabilities to advance the frontier ever further into space."

But John Pike, a longtime expert on space policy who heads GlobalSecurity.org, said he was "deeply skeptical" about Golden Spike's business plan. "If you could do it this cheap, somebody would have already done it," he told me.

Even if a lunar exploration program could be created for $8 billion, Pike said he didn't think the moonshot market would match Stern's expectations. "The implication is that they've got 20 countries that want to shoot people to the moon. I doubt it," he said.

India and China might be interested — but after that, Pike said, "How many countries are going to be prepared to spend money to be the 12th to land on the moon? ... I think a lot of these rocket men are just taking too many happy pills."