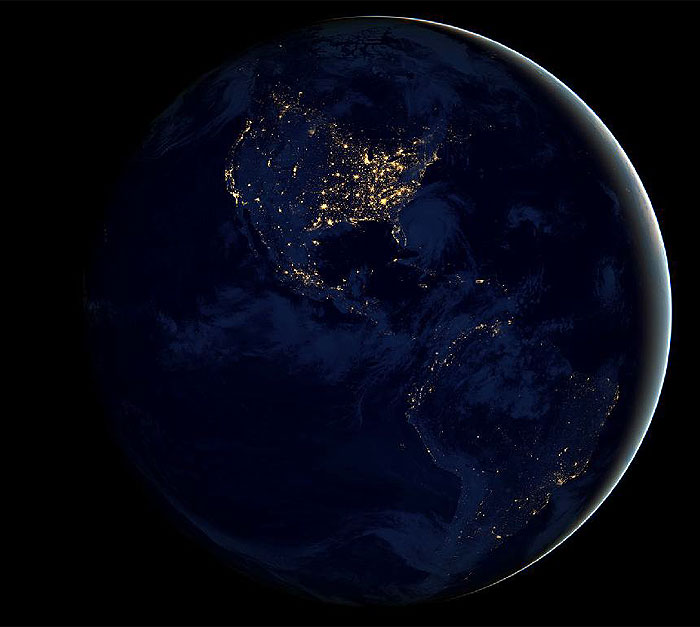 Earth at Night
This new global view of Earth's city lights is a composite assembled from data acquired by the Suomi National Polar-orbiting Partnership (NPP) satellite. The data was acquired over nine days in April 2012 and 13 days in October 2012. It took 312 orbits to get a clear shot of every parcel of Earth's land surface and islands. This new data was then mapped over existing Blue Marble imagery of Earth to provide a realistic view of the planet.
The image was made possible by the satellite's "day-night band" of the Visible Infrared Imaging Radiometer Suite, which detects light in a range of wavelengths from green to near-infrared and uses filtering techniques to observe dim signals such as city lights, gas flares, auroras, wildfires and reflected moonlight.
The day-night band observed Hurricane Sandy, illuminated by moonlight, making landfall over New Jersey on the evening of Oct. 29. Night images showed the widespread power outages that left millions in darkness in the wake of the storm.
Image credit: NASA's Earth Observatory/NOAA/DOD
-
Frams aus NASA-Video: