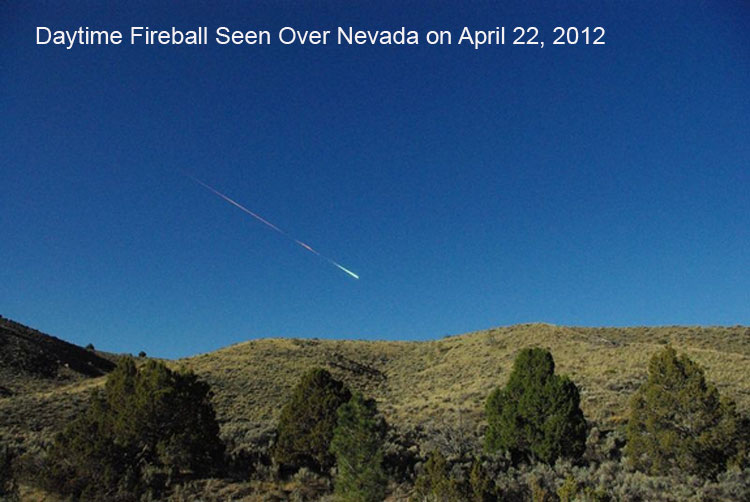 Scientists are on an epic treasure hunt for meteorite fragments from a spectacular fireball that lit up the daytime sky over California last month.
The space rocks came from a minivan-size asteroid that plunged through Earth's atmosphere and exploded into a dazzling daytime fireball over California and parts of Nevada on April 22. Meteorite fragments were scattered around Sutter's Mill, an old sawmill in Coloma, Calif. —  the same region where the first gold nugget was found, triggering the Gold Rush of 1848.
Now, NASA has a meteorite rush on its hands, one just as exciting as the California's Gold Rush, the agency said.
Fragments from the so-called Sutter's Mill Meteorite fell to Earth on April 22 at 7:51 a.m. PDT (10:51 a.m. EDT). At least one space rock landed in a horse pasture outside of Lotus, Calif., in the Sierra Nevada mountains, according to NASA officials. Merv de Hass, who owns the farm, found the meteorite, but has since donated it to NASA.
"If I could contribute to science in some small way, then that would be great," de Hass said in a statement. "I'm looking forward to the results."
The de Hass family has let NASA researchers comb the land for more fragments.
"I feel like I have done a service to my country," said Eugena de Haas, who lives on the land where the meteorite was found.
The meteorite found by de Hass is very rare, and scientists are interested in studying it because it could contain molecules that explain how the building blocks of life on Earth may have been delivered from space, agency officials said.
Piecing together clues about the meteor could also help astronomers understand the early solar system and how the planets formed.
"This is among the most chemically primitive meteorites," Greg Schmidt, deputy director of the NASA Lunar Science Institute (NLSI), said in a statement. "It's like asking 'how did life on Earth begin?' and then having a fossil fall right in your back yard. This is exciting stuff — who knows what's inside? The Sutter's Mill Meteorite could be the most profound sample collected in over 40 years."
Peter Jenniskens, a meteor astronomer with the SETI Institute, is working with the NLSI and is leading the search. As he finds the meteorites, Jenniskens is making note of their exact location, so that the science team will be able to better track how the meteorites fell to Earth.
But the space rock is a rare carbonaceous chrondrite, which decomposes quickly in damp conditions, so the scientists are hoping to locate any other specimens before they are ruined.
"I am grateful this meteorite was found quickly," Jenniskens said. "We need to recover as much material as possible from the damp environment before weather affects the rocks too badly."
To help with the search, a helium-filled zeppelin flew slowly over the area with a trained group of observers to relay potential coordinates for ground teams to investigate. The zeppelin, which is owned and operated by Airship Ventures, carried a high definition camera, and observers used binoculars and cameras to spot possible impact sites.
"I suspect this is the first time in history that anyone has searched for meteorites with an airship," Schmidt said.
So far, the meteorite found by the de Haas family is one of the largest fragment found, but the meteorite search is expected to continue for the next few months, NASA officials said.
"The de Haas family has welcomed NASA's involvement with open arms," NLSI director Yvonne Pendleton said in a statement. "I want to express my personal gratitude to them. They should be commended for their contribution to scientific discovery."
Quelle: SPACE 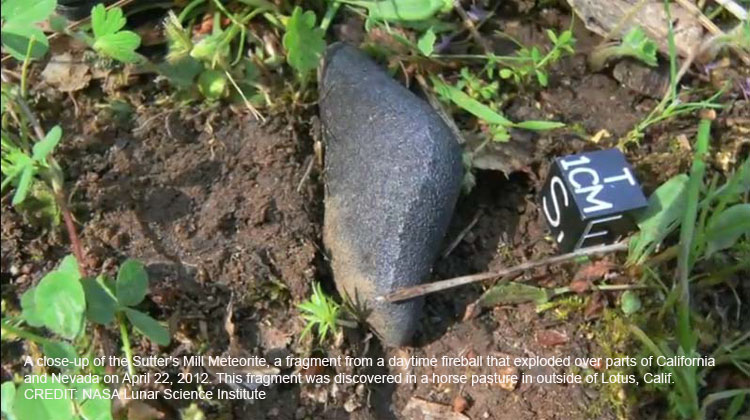 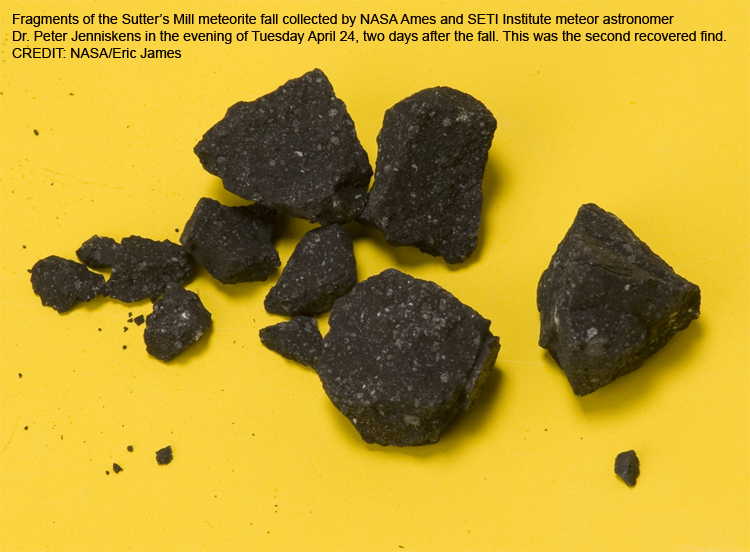