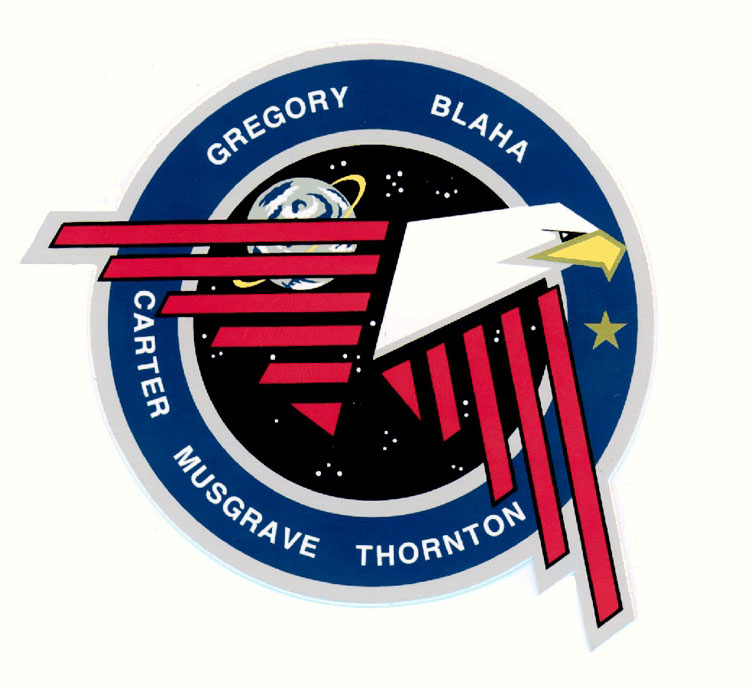 The delays in preparing Columbia for her first post-Challenger launch and the need to despatch the Galileo spacecraft to Jupiter during a critical ‘window’ of opportunity in October 1989 had already pushed Fred Gregory’s STS-33 mission from August until the middle of November. By that time, his flight – a classified Department of Defense assignment, scheduled to run for four days – had changed in other ways, too. Together with his crew of pilot Dave Griggs and mission specialists Manley ‘Sonny’ Carter, Story Musgrave and Kathy Thornton, he had been working on the flight since November 1988. Then, just six and a half months later, an unexpected and shocking tragedy occurred. On 17 June, Griggs was preparing for his role in a weekend air show, flying alone in a single-engine, 1940s-era aircraft, just south of the town of Earle, Arkansas.

Shortly after nine o’clock that morning, according to eyewitnesses, Griggs was performing aileron rolls, when one wing accidentally touched the ground and the aircraft crashed into a wheat field. Dave Griggs – test pilot, Vietnam veteran, accomplished astronaut and rear admiral in the Naval Reserve – was killed instantly. The accident had occurred whilst Griggs was off-duty and not in a NASA aircraft, but it sent shockwaves through the astronaut corps. After the funeral, Mike Mullane remembered the wake at the Outpost tavern in Houston and saw Griggs’ former crewmate, Kathy Thornton, her cheeks soaked with tears, walk in and place one of the wreaths of flowers onto the bar.
Thornton secured a minor record of her own on STS-33, becoming the first and only woman to fly aboard a classified Shuttle mission. Many have speculated that her assignment came about because she had served as a research physicist at the Army’s Foreign Science and Technology Center, before becoming an astronaut, and had worked on a NATO-awarded post-doctoral fellowship at the Max Planck Institute for Nuclear Physics in Heidelberg, West Germany. 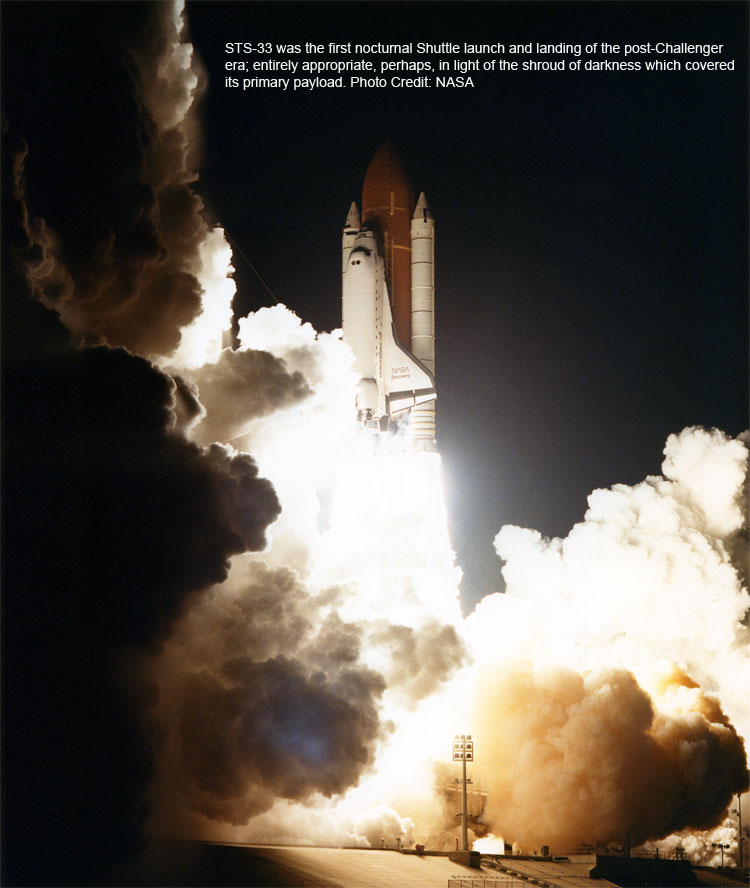 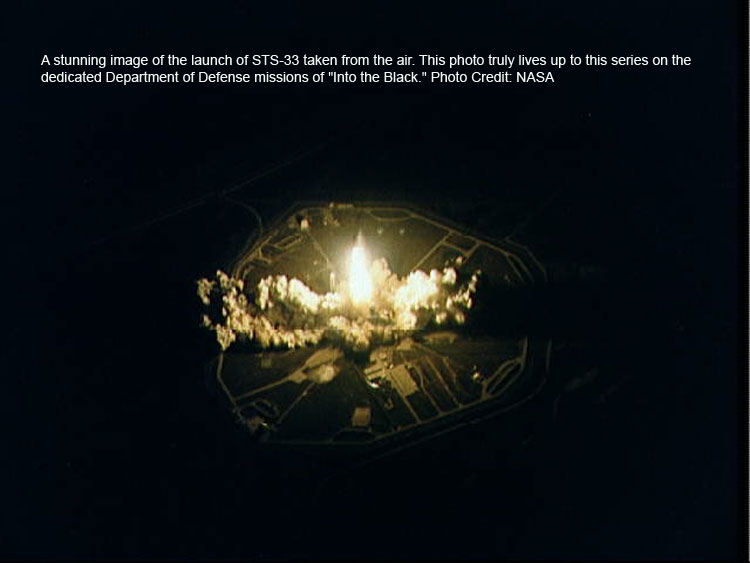 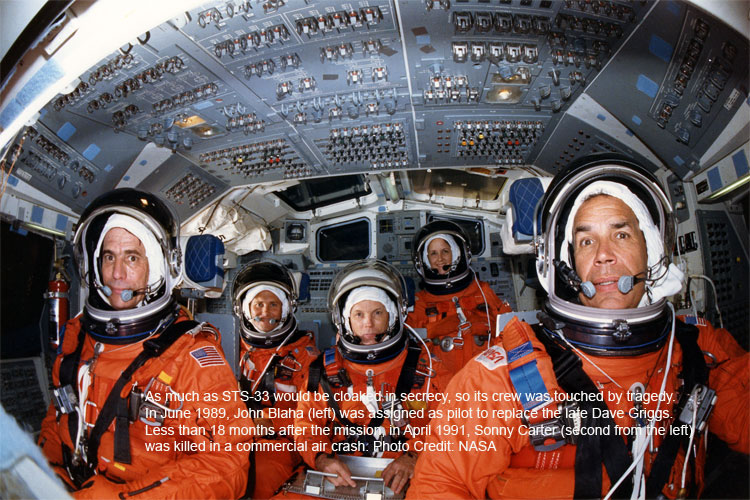