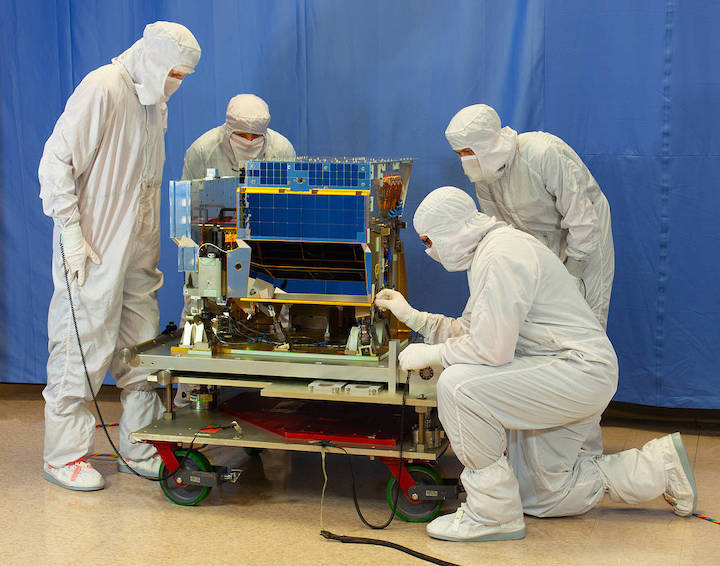 The CrIS instrument is an advanced operational sounder that provides more accurate, detailed atmospheric temperature and moisture observations for weather and climate applications.

Data from the JPSS satellites feed daily weather models and tell us about atmospheric conditions needed to provide extreme weather forecasts several days in advance. CrIS will be among the instruments on the JPSS-2, -3 and -4 satellite missions.

The CrIS instrument was developed and built by L3Harris Technologies.