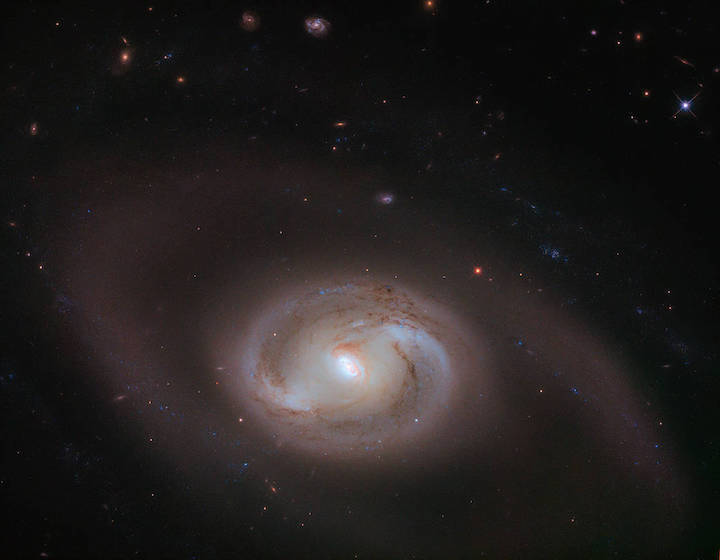 At first glance, the subject of this NASA/ESA Hubble Space Telescope image looks to be a simple spiral galaxy, with two pinwheeling arms emerging from a central bar of stars and material that cuts through the galactic center. In fact, there are rings within these spiral arms, too: spirals within a spiral.

This kind of morphology is known as a multiring structure. As this description suggests, this galaxy, named NGC 2273, hosts an inner ring and two outer “pseudorings.” Having so many distinct rings is rare and makes NGC 2273 unusual. Rings are created when a galaxy’s spiral arms appear to loop around to nearly close upon one another, combined with a trick of cosmic perspective. NGC 2273’s two pseudorings are formed by two swirling sets of spiral arms coming together, and the inner ring by two arcing structures nearer to the galactic center, which seem to connect in a similar way.

These rings are not the only interesting feature of this galaxy. NGC 2273 is also a Seyfert galaxy, a galaxy with an extremely luminous core. In fact, the center of a galaxy such as this is powered by a supermassive black hole, and can glow brightly enough to outshine an entire galaxy like the Milky Way.