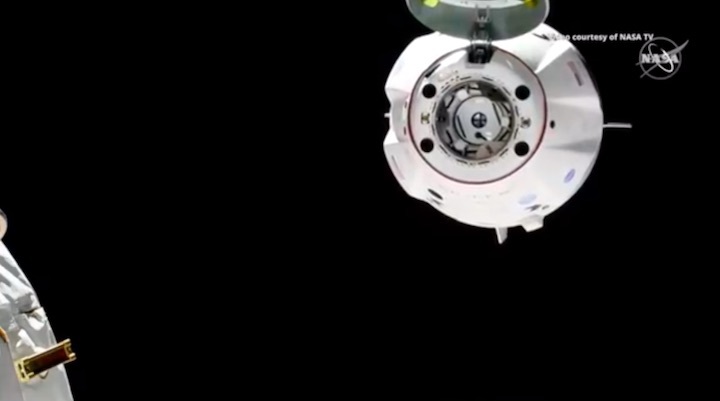 SpaceX teams at Kennedy Space Center are now targeting mid-January for the critical in-flight test of a Crew Dragon capsule, a high-profile mission that will see a Falcon 9 rocket break apart over the Atlantic Ocean.

SpaceX is slated to launch the spacecraft on its uncrewed "in-flight abort" no earlier than Jan. 18, according to NASA's Commercial Crew Program, which manages efforts to take astronauts to the International Space Station with U.S.-built spacecraft. Pad 39A will host the attempt.

The test is designed to simulate an emergency with the Falcon 9 rocket that launches Crew Dragon missions. After "detecting" a fault in the booster below it, Crew Dragon will fire its powerful SuperDraco abort engines to vault the capsule away from the situation.

The booster, meanwhile, is expected to tumble and break apart over the Atlantic.

The in-flight abort marks one of SpaceX's last tests before putting astronauts in the capsule and launching them to the ISS. If schedules hold, that could happen sometime in the first half of this year.

Both SpaceX and Boeing were selected under NASA's Commercial Crew Program, which was founded to restore U.S.-based human spaceflight after the end of the space shuttle program in 2011.

Boeing's Starliner capsule, launched in late December, suffered an orbital issue and couldn't reach the ISS, but was able to perform several tests in space and successfully land in New Mexico. Boeing and NASA have not yet said whether the aerospace giant will need to repeat the test or move forward with putting astronauts on board.