NASA's Curiosity rover has detected "startlingly high" amounts of methane in the Mars atmosphere, according to a New York Times report, which could suggest microbes are currently living on the Red Planet.

The exact reading, recorded on Wednesday, is unknown, but it was significant enough to prompt excitable chatter from scientists who received the data on Thursday.

NASA had not announced the discovery, however The New York Times broke the story after obtaining an email from mission project scientist Ashwin Vasavada.

"Given this surprising result, we've reorganised the weekend to run a follow-up experiment," he said in the email. 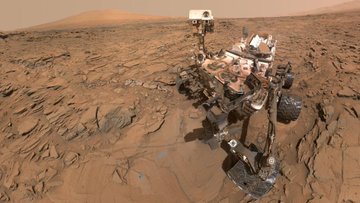 While increased methane levels measured by @MarsCuriosity are exciting, as possible indicators for life, it’s important to remember this is an early science result. To maintain scientific integrity, the #science team will continue to analyze the data before confirming results.

More details about the reading are expected by Monday, but Thomas Zurbuchen from NASA's Science Missions Directorate has already advised caution.

"While increased methane levels measured by Mars Curiosity are exciting, as possible indicators for life, it's important to remember this is an early science result," Dr Zurbuchen said in a tweet.

"To maintain scientific integrity, the science team will continue to analyse the data before confirming results."

Why do we care about methane on Mars?

While methane has unpleasant connotations on Earth, its presence on Mars could confirm life exists on the Red Planet.

Methane can be a by-product of termites chewing through wood, as well as decaying animals and rotting plants in airless, underground conditions.

Non-biological sources of methane are possible, with volcanoes also producing methane on Earth.

However, in a post on the NASA website, the space agency learns towards the theory that methane on Mars is evidence of life in some form.

"A leading idea is that methane on Mars is being released from underground reservoirs created by past biology," NASA's Mike Mumma said. 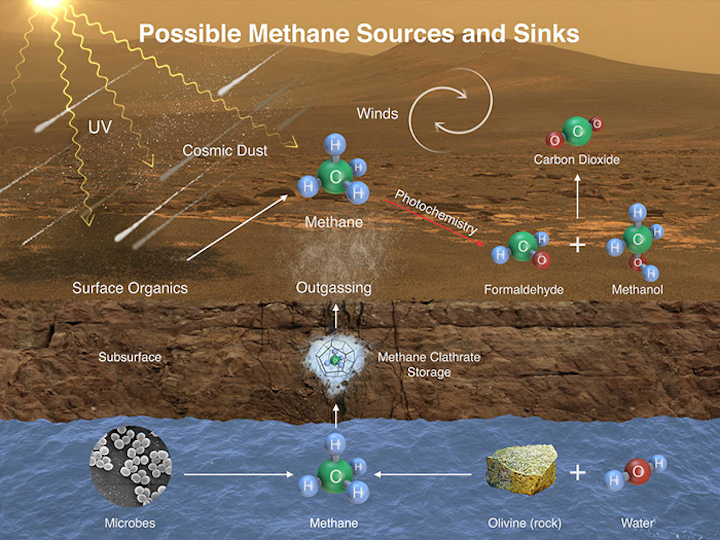 INFOGRAPHIC: Methane could be produced by biological or non-biological processes. (Supplied: NASA/JPL-Caltech/SAM-GSFC/University of Michigan)

"We did not detect any methane over a range of latitudes in both hemispheres, obtaining an upper limit for methane of about 0.05 parts per billion by volume, which is 10 to 100 times lower than previously reported positive detections," scientists wrote in an article published by Nature in April.

This result was unexpected, given the high readings of methane gas picked up by Curiosity in 2013 and 2014.

In a report about the readings, scientists could not pinpoint where the methane, which was picked up during Curiosity's crossing of the Gale crater, was coming from.

So when the ESA mission did not catch a whiff of methane on its most recent trip, the mystery deepened.

Methane spikes had subsided since 2014 but researchers did not expect a complete lack of gas readings.

"The new non-detection of methane by the ExoMars Orbiter could mean that Mars has some unexpected way of destroying methane, or that only some parts of Mars release methane — and possibly only at certain times," a spokesperson speculated in a NASA blog post from April.

NASA gave little away about the June reading over the weekend, leaving the issue open to debate.

"We don't yet know where methane on Mars comes from," Dr Zurbuchen said.

What about the rover fart theory?

During a seminar in 2015, NASA Ames Researcher Center scientist Kevin Zahnle floated the idea that the methane could have had Earthly origins.

"I am convinced that they really are seeing methane … but I'm thinking that it has to be coming from the rover," he said.

He pointed out that the rover had a small chamber containing methane at a concentration about 1,000 times higher than that of the whiff Curiosity picked up back in 2014.

The rover "fart" theory captured people's imagination but, as Astrobiology Magazine reported in 2015, critics of this line of thinking claimed there had been no evidence of a leakage.

PHOTO: A 'selfie' taken by the Curiosity rover on Mars. (NASA)

Research scientist Chris Weber from NASA's Jet Propulsion Laboratory said comparing a methane reading to the concentration of gas in the rover chamber was misleading.

"You have to look at the amount of methane, not the concentration," he told Astrobiology Magazine.

"The concentration of methane on the rover may seem high, but the actual amount is very small because the chamber is very small.

"To produce the amount we detected in Mars' atmosphere, you'd need a gas bottle of pure methane leaking from the rover.

"And we simply don't have it." 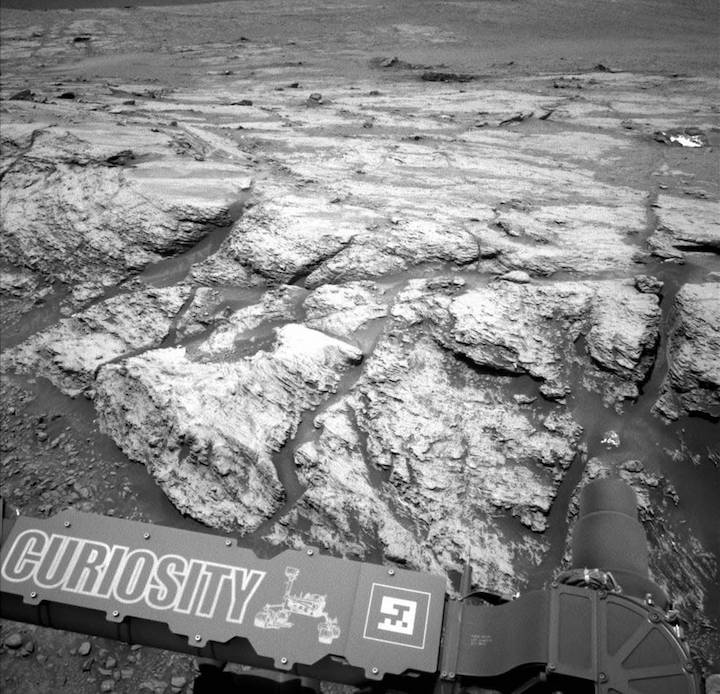 This image was taken by the left Navcam on NASA's Curiosity Mars rover on June 18, 2019, the 2,440th Martian day, or sol, of the mission. It shows part of "Teal Ridge," which the rover has been studying within a region called the "clay-bearing unit."
Credits: NASA/JPL-Caltech

Curiosity's team conducted a follow-on methane experiment this past weekend. The results came down early Monday morning: The methane levels have sharply decreased, with less than 1 part per billion by volume detected. That's a value close to the background levels Curiosity sees all the time.

The finding suggests last week's methane detection — the largest amount of the gas Curiosity has ever found — was one of the transient methane plumes that have been observed in the past. While scientists have observed the background levels rise and fall seasonally, they haven't found a pattern in the occurrence of these transient plumes.

"The methane mystery continues," said Ashwin Vasavada, Curiosity's project scientist at NASA's Jet Propulsion Laboratory in Pasadena, California. "We're more motivated than ever to keep measuring and put our brains together to figure out how methane behaves in the Martian atmosphere."

Curiosity doesn't have instruments that can definitively say whether the source of the methane is biological or geological. A clearer understanding of these plumes, combined with coordinated measurements from other missions, could help scientists determine where they're located on Mars.

Curiosity's most recent methane findings will be announced during a livestream of the 5 p.m. PDT / 8 p.m. EDT NASA Town Hall at AbSciCon 2019, an astrobiology science conference happening in Bellevue, Washington. Watch the plenary broadcast at:

This week, NASA's Curiosity Mars rover found a surprising result: the largest amount of methane ever measured during the mission — about 21 parts per billion units by volume (ppbv). One ppbv means that if you take a volume of air on Mars, one billionth of the volume of air is methane.

The finding came from the rover's Sample Analysis at Mars (SAM) tunable laser spectrometer. It's exciting because microbial life is an important source of methane on Earth, but methane can also be created through interactions between rocks and water.

Curiosity doesn't have instruments that can definitively say what the source of the methane is, or even if it's coming from a local source within Gale Crater or elsewhere on the planet.

"With our current measurements, we have no way of telling if the methane source is biology or geology, or even ancient or modern," said SAM Principal Investigator Paul Mahaffy of NASA's Goddard Spaceflight Center in Greenbelt, Maryland.

The Curiosity team has detected methane many times over the course of the mission. Previous papers have documented how background levels of the gas seem to rise and fall seasonally. They've also noted sudden spikes of methane, but the science team knows very little about how long these transient plumes last or why they're different from the seasonal patterns.

The SAM team organized a different experiment for this weekend to gather more information on what might be a transient plume. Whatever they find — even if it's an absence of methane — will add context to the recent measurement.

Curiosity's scientists need time to analyze these clues and conduct many more methane observations. They also need time to collaborate with other science teams, including those with the European Space Agency's Trace Gas Orbiter, which has been in its science orbit for a little over a year without detecting any methane. Combining observations from the surface and from orbit could help scientists locate sources of the gas on the planet and understand how long it lasts in the Martian atmosphere. That might explain why the Trace Gas Orbiter's and Curiosity's methane observations have been so different.