SPY SATELLITE CHIEF: PRESERVE WHAT WORKS. The head of the super-secret National Reconnaissance Office is warning against disrupting the decades-old working relationship it has with the Air Force as the Trump administration revamps the military’s space mission, including beginning the process of standing up a new branch.

“I just want to make sure the current interface, the current working relationships we have with the Air Force, are preserved and they are sustained in the reorganization,” Betty Sapp says in an exclusive POLITICO interview. “That is my selfish concern for the NRO. I want to make sure those touch points we have now with the Air Force are sustained.”

Sapp also says it remains an open question what authorities a new Space Force would have over the myriad military organizations that have a major stake in the space mission.

“Most of the new things that are set up in the Pentagon,” she explains, “they go out of their way to say 'it doesn't actually take any authorities from the existing office.’ That's always the starter line. It's an interesting debate.”

Sapp, a two-decade veteran of the agency that spent its first 30 years in the dark, is also our featured Q&A of the week below.

SO HOW’S THE SPACE FORCE PLAYING IN THE HEARTLAND? Not so big, or at least not yet, according to a Morning Consult/POLITICO poll conducted Aug. 10-12 that indicates the country is clearly divided and full of questions about the proposal to create a sixth branch of the military. The poll, which asked a total of nine space-related questions, found that 42 percent strongly or somewhat strongly support it, while 33 percent somewhat or strongly oppose it. A full quarter of respondents said they had no opinion at all.

One possible reason? The vast majority of respondents view the threat of a war in space as remote, nonexistent, or they haven’t formed an opinion — even as government officials continue to warn about it in urgent terms. For instance, while 23 percent said a space war is a major threat, 28 percent calls it a minor one and 23 percent describe it as “not a threat” at all. The rest just don’t know.

Nearly half — 43 percent — also don’t want to pay any more for a Space Force, agreeing it should be financed out of the Pentagon’s current budget — a prospect that top Pentagon officials are telegraphing as a big fight for resources.

The Space Force proposal is also not likely to have much impact on the November midterms, the poll indicates. Only 1 in 10 respondents said a candidate’s stance on the issue is very important, while a full half said it is not too important or not at all.

But what about the logo? Those polled also got to weigh in on some proposed logos for the still-to-be established Space Force. The clear winner, with 31 percent, was the third decal among these six they were shown.

With or without a separate military branch, however, the majority of respondents do want the government to prioritize space issues: 55 percent say space security should be a major or somewhat major priority.

It was a week for Space Force polling. Another one found that support for the Space Force is split along party lines, suggesting President Donald Trump’s signature role has politicized what was previously a largely nonpartisan idea. A third poll recorded public support for the idea at a whopping 37 percent. 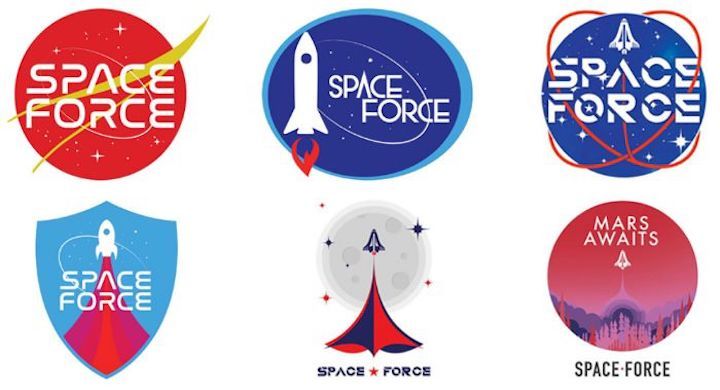 PICK TO BE NASA SECOND-IN-COMMAND TO FACE SENATE: James Morhard, the Senate deputy sergeant-at-arms who Trump tapped last month to be deputy administrator of NASA, will appear before the Commerce, Science and Transportation Committee on Thursday for his nomination hearing.

Morhard says one reason he wants the job is to tackle the challenge of “bringing together the traditional and new space companies,” according to his initial questionnaire from the panel. “NASA will always be the indispensable partner for American space enterprises, however, it may not necessarily be the sole actor in achieving our goals,” he writes, citing human exploration and an inefficient acquisition process as two other top challenges facing NASA.

The desire to work more closely with commercial space companies matches the vision of NASA Administrator Jim Bridenstine, even though Morhard was reportedly not his first pick. Bridenstine publicly lobbied for former astronaut Janet Kavandi to be his deputy due to her background in space and technology.

Set to appear before the Senate panel along with Morhard is Kevin Droegemeier, Trump’s pick to run the Office of Science and Technology Policy.

WELCOME TO POLITICO SPACE, our weekly briefing on the policies and personalities shaping the new space age in Washington and beyond. Email us at bbender@politico.com or jklimas@politico.com with tips, pitches and feedback, and find us on Twitter at @bryandbender and @jacqklimas. And don’t forget to check out POLITICO's space policy page here.

** A message from The Boeing Company: GPS? That’s us. Secure military comms? Us. Wi-Fi that will make high-speed Internet available in every corner of the globe? Boeing is helping with that, too. Wherever there’s technology connecting us to one another, chances are it’s powered by a Boeing-built satellite. Discover more at boeing.com/satellites and @BoeingSpace. **

‘DOUBLE THE FUN.’ It’s the sarcastic way Sapp, the director of the Pentagon’s super-secret spy satellite agency, describes some of the the ever-growing layers of oversight from Congress and the executive branch that are hampering the NRO's original “go-fast” approach to developing new space capabilities to outpace adversaries.

"We don't quite have that same level of risk tolerance or the processes that support a lot of going fast,” Sapp, tells us in a rare one-on-one. She cited the need to change the ratio between what she calls the "doers" and the "reviewers," or the ballooning set of overseers in the Pentagon and on Capitol Hill that have slowed down the acquisition process and need to be taken into account as part of reorganization efforts.

“Every reform effort we talk about tends to look at reorganizing the space doers,” she says. “The ratio of doers to reviewers is off. We need to change that ratio. It needs to be more doers and fewer reviewers. And the reviewers need to be the ones who can say ‘yes.’ Right now you have to see a whole lot of people who can only tell you 'no' until you can get to see the people who can say 'yes.'

“Clearly we have gone too far,” she adds. “When we see adversaries moving very quickly and being willing to take more risk, more mistakes, we have got to react to that. We are not in that position and we are getting left behind.”

But commercial space developments are opening whole new set of opportunities, in her view. “There is innovation and ingenuity out there,” she says. “We just need to take full advantage of it. “If the only launch provider out there is charging you $350 million a launch, you stack everything you possibly can on every satellite because you don't want to pay that cost very often.

“If the launch cost goes way down you could go to more distributed architectures, integrated architectures with big and small. That gives you better capability for a good cost point and more resilience as well. Those are the things we have planned for the future. We think the launch providers are going to be there for that and the launch price point. We are more than capable of taking advantage of those opportunities as they mature.” Read our full interview here. 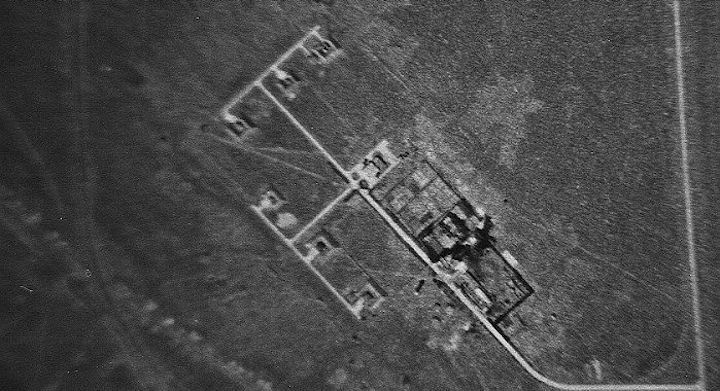 SPACE TREATY UPDATE: 'HOLLOW AND HYPOCRITICAL': The United States this week condemned a draft plan backed by Russia and China to prevent an arms race in space, calling the draft treaty “hollow and hypocritical” and raising concerns about a recently launched Russian satellite that exhibits “abnormal” traits.

“It is a flawed document, proposed by a country [Russia] that has routinely violated its international commitments,” Yleem D.S. Poblete, assistant secretary of state for arms control, verification and compliance, said at the United Nations Conference on Disarmament, referring to the Treaty on the Prevention of the Placement of Weapons in Outer Space, the Threat or Use of Force against Outer Space Objects. She said the proposed ban is “not the right mechanism” to increase stability and safety in space because it allows anti-satellite testing as long as it doesn’t damage anything else in space.

Poblete also expressed “serious concerns” about Russia’s “disturbing” development of anti-satellite weapons, citing capabilities like new missiles and laser systems designed to destroy satellites. “Russia’s leader has himself alluded to space weapons being more ‘acceptable in the political and military respect,’” she said in her remarks. “The Russian pursuit of counterspace capabilities is consistent with these other activities and is disturbing given the recent pattern of Russian malign behavior.”

Poblete specifically cited the “very abnormal behavior” of what Russia calls a “space apparatus inspector” it launched in October that doesn’t act like other space traffic management assets. “We don’t know for certain what it is and there is no way to verify it,” Poblete said. “But Russian intentions with respect to this satellite are unclear and are obviously a very troubling development.”

Moscow reportedly called the accusations “unfounded” and “slanderous.” Alexander Deyneko, a senior Russia diplomat on hand in Geneva, also criticized the U.S. for slamming the Russian draft treaty without offering any “constructive contribution” of its own.

Indeed, the U.S. did not offer a counter proposal to the draft treaty, although Poblete said she “looks forward to continuing to engage constructively and pragmatically with other UN Member States in order to strengthen the safety, the stability, and, again, the sustainability of outer space activities.” And she noted it is far easier to verify the possession or use of chemical or nuclear weapons on Earth than weapons in space. “Because we have no means of differentiating many objects’ behaviors from that of a weapon, outer space arms control is unverifiable.”

Still, all the talk of a U.S. Space Force is clearly increasing concern around the world about the need for international norms in space, as Defense Secretary Jim Mattis learned this week on a tour of Latin America.

INDUSTRY INTEL: Lockheed to build new early warning sats. The Air Force this week awarded Lockheed Martin a $2.9 billion contract for three missile-warning satellites, called the Next Generation Overhead Persistent Infrared Geosynchronous Earth Orbit Space Vehicles. The satellites are expected to be completed by 2021, with the first launch scheduled for 2023. They are intended to be more survivable against space threats from adversaries like Russia and China than the Space Based Infrared System being replaced.

TOP DOC: Why NOAA needs its own legislation. The Aerospace Corporation argues in a new paper that a standalone bill to define the National Oceanic and Atmospheric Administration's missions should be a priority for Congress and the administration. When NOAA was formed in 1970, Congress never formally outlined the agency’s authorities and today it operates under 200 separate ones. Specific legislation would elevate the agency’s brand, improve preparedness for natural disasters, and codify NOAA’s mission and relationships to other federal agencies like the FAA, the paper argues.

The review also identified similar problems implementing “supply chain risk management policy” in other space systems, including GPS, a satellite control network, and new communications terminals for satellites. “As a result, an adversary has opportunity to infiltrate the Air Force Space Command supply chain and sabotage, maliciously introduce an unwanted function, or otherwise compromise the design or integrity of the critical hardware, software, and firmware,” the report said.