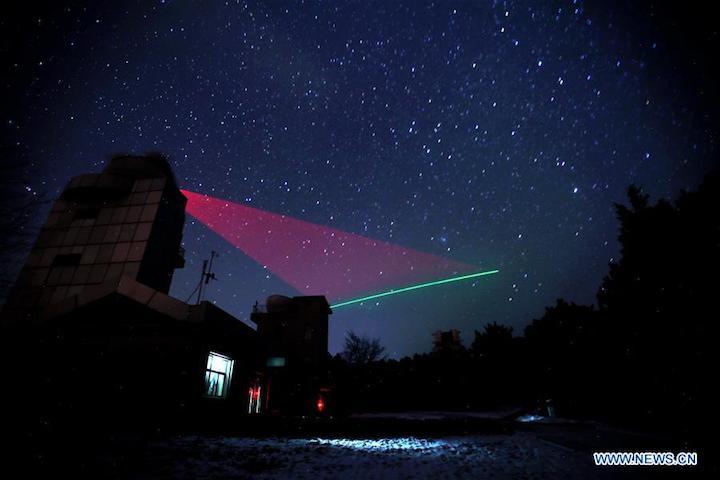 Photo taken on Nov. 26, 2016 shows a quantum communication ground station in Xinglong, north China's Hebei Province. Chinese scientists on Thursday reported a major breakthrough in quantum communication: A pair of entangled photons over a distance of 1,200 km have been successfully transmitted from space to Earth. The previous record was about 100 km. (Xinhua/Jin Liwang)

The achievement, jointly made by Chinese and Austrian scientists, was published on Jan. 19 in the journal Physical Review Letters. It demonstrates that the Chinese quantum satellite is capable of facilitating intercontinental quantum-secured communications.

Through satellite-to-ground secure key distribution, a secret key was created between the two countries at locations some 7,600 km away from each other.

During the experiment, scientists transmitted images between the two countries, and a 75-minute video conference was successfully held between Beijing and Vienna.

The satellite -- Quantum Experiments at Space Scale (QUESS), nicknamed "Micius" after an ancient Chinese philosopher -- was launched on Aug. 16, 2016.