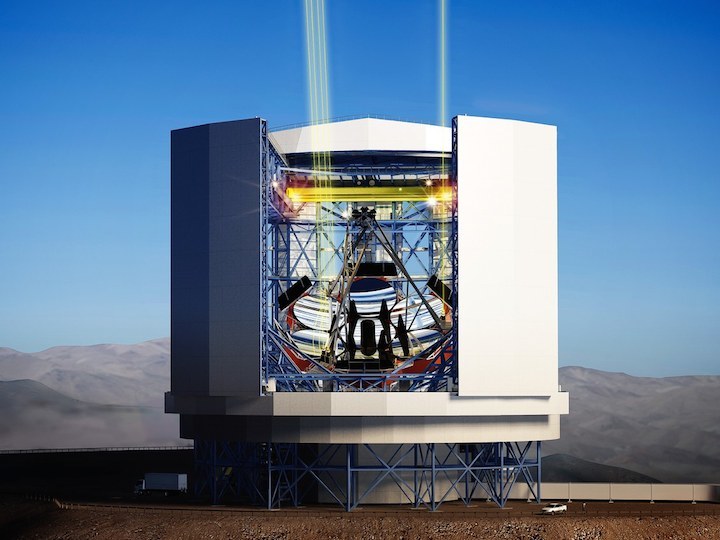 CHILE'S ATACAMA DESERT makes for great stargazing. The dry air and sparse settlement are a major draw for astronomical observatories—the European Southern Observatory, the Carnegie Institution for Science, and the Llano de Chajnantor Observatory all operate multiple telescope sites on the region's mountaintops.

The desert wind, however, is a problem. The air rushes around and through the enclosures that hold these massive but sensitive, precise instruments. Typically, observatories have responded with heavy mounts and robust structures that keep the mirrors steady amid the turbulence. But brute-force engineering has its limits.

The engineers behind the Giant Magellan Telescope realized as much when they started planning what will be the planet’s largest optical telescope. When it opens at Carnegie’s Las Campanas Observatory in 2022, its seven mirrors will yield a total diameter of 83 feet. That’s enough acreage to provide 10 times the resolving power of the Hubble Space Telescope—and more than enough to catch a passing breeze.

“The building is unprecedentedly large, 22 stories from the ground to the top of the building,” said Patrick McCarthy, the head of operations at the Giant Magellan Telescope Organization. “There’s more volume and thus more air inside. But as a large telescope we have higher and higher expectations for the image quality, and the things that affect it scale as the building gets larger.”

This includes vibration from the wind, but also the thermal properties inside the dome, like the temperature of the mirrors and heat dissipating from sun-warmed steel that’s been in the sun all day—both of which are affected by moving air. “Factoring those into the equation required reaching out to people with specialized skills,” McCarthy says.

So the astronomers called Boeing. In 2015, the Giant Magellan Telescope Organization partnered with the aircraft manufacturer that has just the right experience and technology to manage the airflow around the unconventional building.

Skills and technologies have long criss-crossed between military, scientific, and civilian applications, and the payoff exists not just for the beneficiary clients, but the companies themselves, who see the trend as an opportunity to hone their techniques.

“When we take our toolset and apply it in different ways, we tend to exercise our muscles differently, like with cross-training,” said Bill Norby, a senior manager of aerosciences at Boeing Research & Technology, the division that helped out the astronomers. “Using our strategies in a way that’s not typical, we learn more and build strength and versatility.” In the future, he says, that analytical work could influence how Boeing orients rockets on a launch pad, or influence ground-based optical system designs for the Department of Defense. 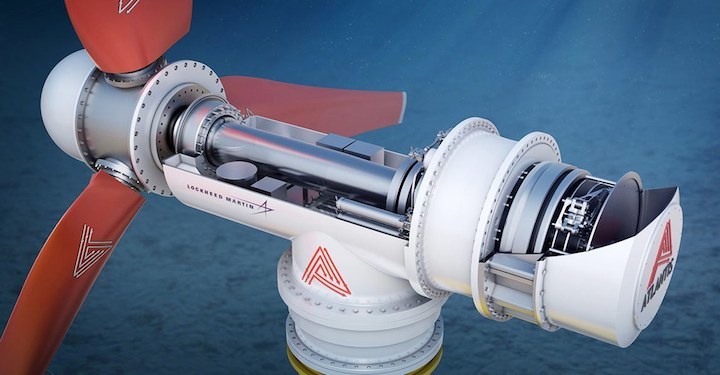 Technological crossovers aren't unique to Boeing—rival defense contractor Lockheed developed an underwater turbine for power generation based on the propellers of its C-130J military cargo airplane.

Boeing’s rival defense contractors have their own cross-pollination programs. Lockheed Martin engineers used a thermally resistant plastic they developed for the F-35 fighter jet in a communications satellite. They developed an underwater turbine for power generation based on the propellers of the C-130J military cargo airplane. They collaborated with rocket and satellite company SpaceDev to adapt more fighter jet technology in the new Dream Chaser spaceplane being developed to transport astronauts and cargo into low-Earth orbit or to the International Space Station. “Ultimately we want to use our scale to transfer ideas across products and create something new.,” says Keoki Jackson, Lockheed’s chief technology officer. “Take GPS—it began for us a military program but now it touches literally billions of people every day. ”

Know-how doesn’t always go from military to civilian. In one recent project, Lockheed adapted algorithms it created to read hand-printed text for the US Postal Service into a system helicopters use to detect submarine periscopes in the water. Other tech crossovers are more broadly applicable, and imbued with a sense of urgency that makes them seeming no-brainers.

Raytheon, whose work extends from military hardware to the large-scale computer systems that link combat networks, recently began transferring its cyber security skills to the private sector. “The fact that we’ve hardened a lot of military systems is a natural fit for securing car-to-car communication for autonomous cars,” says CEO Tom Kennedy. “How do you protect that kind of network? We’re adapting artificial intelligence to analyze the network and if it sees one bad apple, isolate it so it can be resolved. Our next steps in that category can significantly help the folks in the automobile industry.”

Wind on the Mountain

Boeing’s effort to help explore the Universe started with the basics. “The very first thing that Boeing said to us was ‘Are you sure you’re putting it in right place?’” McCarthy says. Given that the telescope was to be positioned at the top of a mountain, you may not think that its specific positioning would matter all that much, but it did. Turns out, “on top of a mountain” doesn’t quite account for all the subtleties of aerodynamics. “From an aerodynamic perspective, one area had better properties in terms of the airflow, and they ultimately made a change in where to place the enclosure,” Boeing’s Norby says.

The thrust of the work centered on using computational fluid dynamics to ensure that the telescope’s enclosure is optimized for both the thermal and vibration impacts circulating warm or cool air can generate. The team tested its work in water tunnels, (think of a submerged wind tunnel), injecting colored dyes into the stream and watching how they flowed around a 3D-printed replica of the site. Then they tweaked their predictive models until they were happy with the results.

All that work will also contribute to long-term operational decisions. “Boeing has given us the data that will help us find the best of both worlds in terms of thermal and vibrational issues,” McCarthy says. “It tells us how to fine-tune the enclosure for these factors, but also how to control the venting during actual use as the conditions change. The venting may be optimized in one condition but not when the wind or the angle or the telescope changes. We’ll then have a database to help the operations folks at the telescope. This is a billion-dollar project. We don’t want our own best guess—we want a methodical approach.”

It’s no surprise defense-oriented companies shop their wares to as many markets as possible. Indeed, some integrate this brand of expansive thinking into their core strategies. Lockheed has created councils and collaborations that encourage brainstorming and talent-sharing across its businesses, with an eye toward encouraging innovation for the widest possible variety of clients.

Even the military technologies that you might think would have restrictions are sought out. (It’s usually the application that’s sensitive, not the core technology itself.) Lockheed has adapted sensors for weapon targeting systems for use in cubesats (the micro-satellites launched in large numbers for scientific research). After Hurricane Sandy devastated the East Coast in 2012, Lockheed’s engineers repurposed military sensing technology to develop the Automated Rapid Infrastructure Evaluation System, which uses lidar and visual imagery to assess infrastructure damage after major disasters.

Sometimes the benefits do go beyond the bottom line. While these crossovers expose companies to new fields and new potential, it does the same for their personnel. Abdi Khodadoust, an engineer with Boeing Research & Technology who worked on the Magellan telescope project, picked up a new hobby. “In 2015, I visited the site in Chile,” he says. “It was a joy to be up on the mountain, and since then I’ve developed more than a small interest in astronomy.”