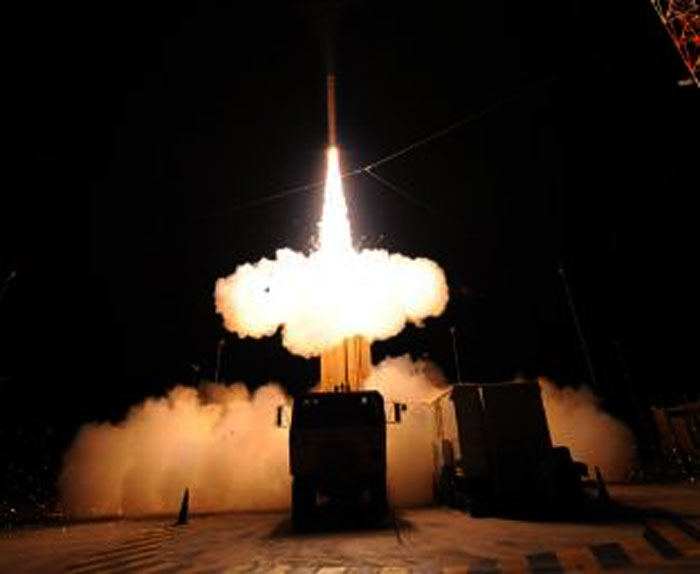 A rocket interceptor is launched from the Pacific Missile Range Facility on Kauai in 2010 in a test of the U.S. ballistic missile defense system.

The Navy is proposing to expand the danger zone fronting Kauai's Pacific Missile Range Facility so it will be able to launch rockets and satellites for a University of Hawaii and NASA project.
The current danger zone is near the base's northern launch pads. The Navy says it needs to expand the area because it would launch the rockets and satellites from the southern launch pad.
Missile range spokesman Stefan Alford told The Garden Island newspaper the northern area would remain open during a launch from the southern launch pad — which is currently being built — and vice versa. The Navy would do this so it doesn't block off the entire coast.
Missile range commander Capt. Nicholas Mongillo says public access for swimming, fishing and surfing will only be restricted during launches and training.
"To the general public and tour boat operators familiar with PMRF's shoreline, beach and water access is business as usual," he said.
Mongillo says there's an average of 25 closures per year that last between 30 minutes and a few hours.
If approved, the danger zone would roughly triple in size to include about 7 miles of coastline from Barking Sands to Kokole Point. It would range from nearly 3 nautical miles and more than 4 nautical miles out to sea.
The National Guard in May proposed intermittently restricting public access to a larger, 6-mile wide area of ocean fronting the Kekaha Rifle Range during live target practice. The Guard later withdrew its proposal following a series of articles published in The Garden Island.
Hawaii National Guard spokesman Lt. Col. Charles Anthony said at the time that the expanded danger zone proposal was the result of a project manager's mistake.
.
Quelle:Star Advertiser
« Zum vorherigen Eintrag Zum nächsten Eintrag »
3902 Views
Created with page4