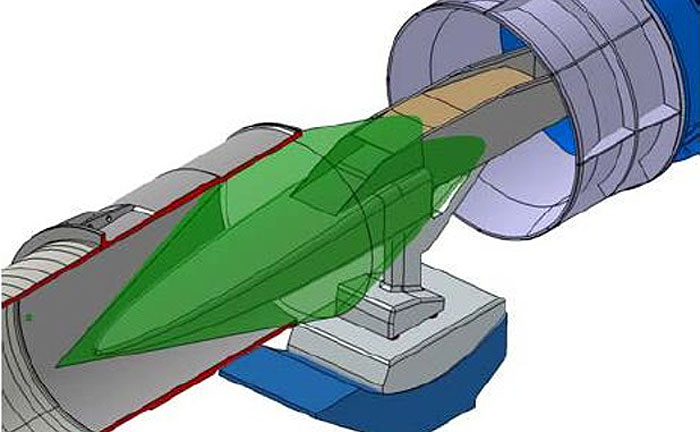 Full-scale wind tunnel tests of the LEA, the European hypersonic technology demonstrator vehicle, are poised to get under way in France, setting the stage for the buildup to flight tests in Russia.

Although details of the dual-mode ramjet powered vehicle project are increasingly difficult to ascertain, program officials confirm that it is ready for testing under Mach 6 flight conditions in the specially modified S4 wind tunnel in the French Alpine city of Modane.

The LEA hypersonic test vehicle is in development by MBDA and the French research agency Onera, and is scheduled to be air-dropped from a Russian Tupolev Tu-22M3 “Backfire-C” supersonic bomber.

Laurent Serre, program manager for LEA flight test at Onera, says the concept will be “validated by flight tests at Mach 4 to Mach 8. Flight tests are scheduled in 2014 and 2015, and preparations are under way for full-scale free jet tests at Mach 6 in the S4 blowdown wind tunnel.” Serre was speaking at the Space Planes and Hypersonics conference here, organized by the American Institute of Aeronautics and Astronautics and the AAAF, which is its French equivalent.

In the run-up to the final round of French wind tunnel tests, which originally were scheduled for early 2011, Russia’s Central Aerohydrodynamic Institute (TsAGI) has completed captive-carriage and release wind tunnel tests of a Tu-22M3 model fitted with the LEA hypersonic test vehicle. For the actual test, the 4.2-meter-long vehicle will be accelerated to ramjet transition speed using a booster derived from a modified Raduga Kh-22 (AS-4) anti-ship missile supplied by Russia’s Tactical Missile Corp.

The combined stack will be 12 meters long and weigh around 5.6 tons. Target drop altitude will be 42,600 ft. at a separation speed of Mach 1.7. Four planned test shots were originally planned from Zhukovsky over a Russian range in 2013-2015, and it is not known if the compressed schedule still allows for all of these to take place.

The LEA vehicle will be boosted to speeds between Mach 4 and Mach 8 for between 20 and 30 sec., of which at least 10 sec. is expected to be powered solely by combustion within the vehicle’s dual-mode ramjet/scramjet. If light-off is successful, the LEA is expected to fly under autonomous control for up to 40 km before running out of fuel and terminating on the Russian range.