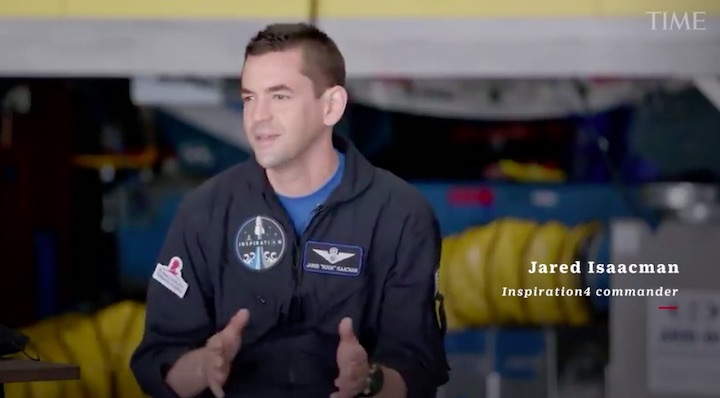 he prospect of space travel will feel much different after the Inspiration4 mission—the first orbital mission with an all-civilian crew—launches this fall. Once that happens, the history of human spaceflight will instantly be divided into two eras. There will have been the six decades after the first human circled above the Earth in 1961, when orbital space was mostly a realm solely for nation-states and their hand-picked astronauts. And then there will be the post-2021 era following Inspiration4, when space travel will come definitively within the grasp of private corporations and citizens—an era in which, for the right price, anyone can look down at our blue marble from orbit. 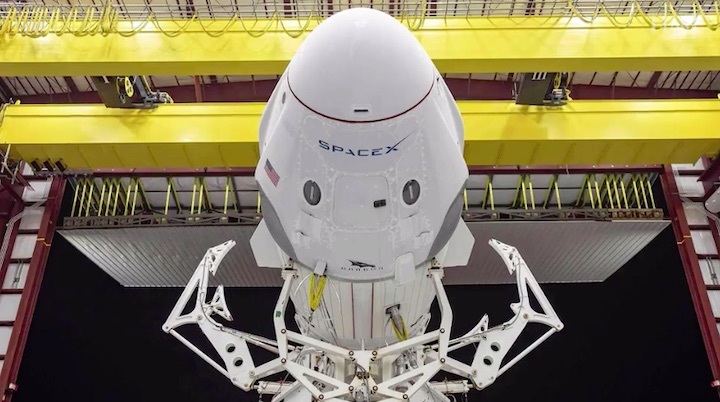 It’s hard to say what that transition will mean—whether space travel and its benefits will be democratized across society, or come to be exploited solely by corporations and the uber-wealthy. For now, the answer may be a little of both. After two billionaires launched themselves into space earlier this year mostly for their own benefit, a third, Jared Isaacman, is set to bring three ordinary folks along with him high into orbit in a venture structured to raise money and awareness for research into childhood cancer.

Here’s what to know about the historic Inspiration4 mission.

What are the origins of the Inspiration4 mission?

The groundwork that led to Inspiration4 was laid more than two decades ago. The market for private civilian spaceflight was opened by Dennis Tito, an American investment manager who in April 2001 paid $20 million to fly to the International Space Station (ISS) aboard a Russian Soyuz rocket, becoming the world’s first space tourist. A little over a year later, Elon Musk, then a successful software entrepreneur, founded SpaceX, whose two-stage, reusable Falcon 9 rocket and Crew Dragon spacecraft will bring Inspiration4’s crew into orbit.

While SpaceX was first getting off the ground—figuratively and literally—Jared Isaacman, then a teenager, was building the fortune that would eventually afford him a commander’s spot on the company’s first all-civilian flight. Isaacman first got in touch with SpaceX and other commercial space firms back in 2007, telling them he would be willing to purchase tickets aboard a spaceflight when they became available. But the Inspiration4 mission itself didn’t come together until after SpaceX launched two NASA astronauts to the ISS in June 2020—becoming the first private company to do so—and its subsequent launch of a full four-person crew five months later. Issacman and SpaceX began planning the Inspiration4 launch shortly after those trial runs, announcing the mission in February of this year.

Where is the crew going?

The Inspiration4 crew is set to launch from Kennedy Space Center about 50 miles east of Orlando, Fl. on Sept. 15. The crew isn’t docking with the ISS. Instead, the 26-foot-high Dragon capsule will shoot 80 miles above it in orbit, circling the Earth at an altitude of 360 miles. After three days aloft, the crew will return to Earth, splashing down in the waters off the Florida coast. 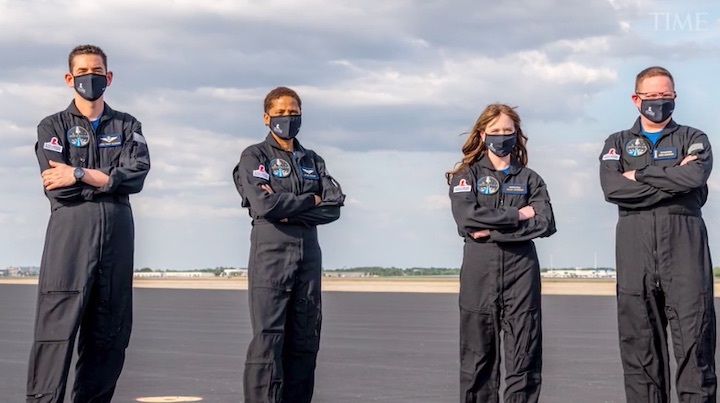 Isaacman, a 38-year-old billionaire and pilot, will serve as commander of the Inspiration4 mission. As a teenager, he dropped out of high school and founded an online payments startup in 1999, then called United Bank Card, a business that would rocket his net worth to well over $2 billion. Several acquisitions and rebrands lanter, the company emerged in 2018 as Shift4 Payments, going public in 2020; it now has a market capitalization of about $7.1 billion.

Separately, Isaacman in 2012 founded Draken International, a dogfight simulation company that works with the U.S. Air Force. Issacman, who owns a high-performance MiG-29 fighter jet, among other aircraft, is an accomplished pilot himself, having set a 62-hour record for an eastbound round-the-world flight in 2009.

Who else is flying on Inspiration4?

Three crew members will accompany Isaacman on the Inspiration4 flight. Hayley Arceneaux, 29, a pediatric cancer survivor and physician assistant at St. Jude’s Children’s Research Hospital, will be the youngest American ever to go to space, and the first with a prosthesis. Joining her and Isaacman will be Chris Sembroski, 41, a U.S. Air Force veteran and Lockheed Martin aerospace industry data engineer, and Dr. Sian Proctor, 51, a geosciences professor and science communicator at South Mountain Community College in Phoenix. 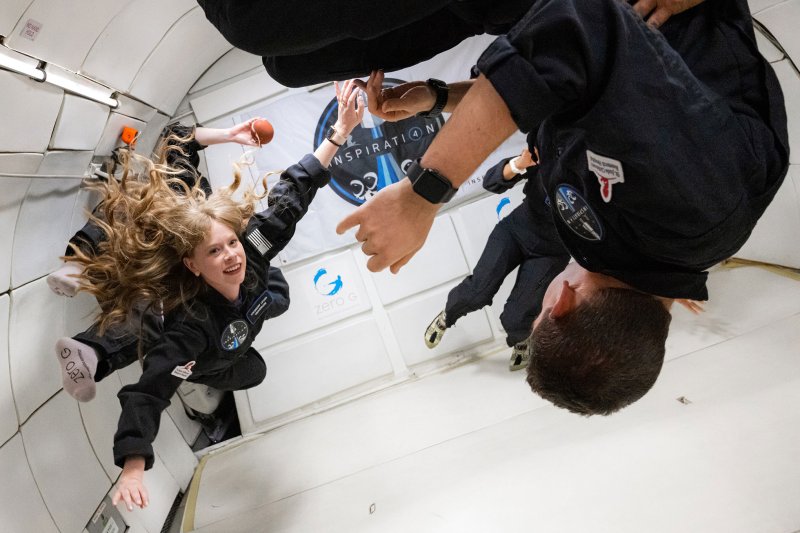 Hayley Arceneaux (left) and the rest of the Inspiration4 crew on a ZERO-G flight in Las Vegas on July 11, 2021. The plane flies in parabolic arcs to simulate zero gravity.
John Kraus—Inspiration4

How were the crew members chosen?

After purchasing four seats from SpaceX, Isaacman gave two of his tickets to St. Jude’s. One, reserved for a frontline health care worker, was given to Arceneaux. The other was set to go to a randomly-drawn winner of a sweepstakes, which ultimately raised $13 million for the hospital (Isaacman has donated $100 million of his own money). That winner, a friend of Sembroski, ended up deciding not to join the mission, and they transferred the prize—a trip to space—to Sembroski instead. Dr. Proctor was selected from a competition among entrepreneurs tasked with setting up online stores using Isaacman’s Shift4 payment platform.

How long will Inspiration4 be in space?

The mission is planned to last for about three days, launching sometime on Sept. 15. Space launches are, of course, subject to weather and mechanical delays.

Have any other private citizens been in space before?

Aside from the recent up-and-down suborbital hops by billionaires Richard Branson and Jeff Bezos and their entourages, a host of civilians have flown on space flights before. For instance, Bill Nelson, the current NASA administrator, flew on board the space shuttle Columbia in 1986 as a U.S. congressperson, the second such politician to tag along on a NASA mission. Akiyama Toyohiro, a Japanese television reporter, was sponsored by his network to travel to the Soviet Mir Space Station in 1990.

Dennis Tito, the first tourist visitor to the ISS, offers a closer parallel to Isaacman’s current mission. Others have followed him, including Anousheh Ansari (the first female space tourist) and Charles Simonyi (the creator of the first versions of Microsoft Word and Excel, who in 2009 became the first repeat space tourist). But Inspiration4 marks the first orbital mission by a crew made up entirely of civilians.

What is the crew doing to get ready?

SpaceX is running the crew through all the astronaut fundamentals, teaching them how to function at zero gravity and under high G-forces. They’re also mastering emergency preparedness skills—while the SpaceX Crew Dragon will largely fly itself, the crew must be ready to take over in case the unexpected happens. Isaacman has added some of his own ideas into the mix; for instance, he took the crew on a mountain-hiking expedition to help them bond and learn how to operate together under harsh conditions.

How is SpaceX involved?

Elon Musk’s SpaceX is a big player in Inspiration4, training the astronauts, launching the crew and monitoring the mission as it progresses. Issacman may be captaining the spacecraft while the team is in orbit, but for all intents and purposes, SpaceX will serve as travel planners, airline, autopilot, control tower, and return welcome party. SpaceX has even gone through the trouble of removing the Crew Dragon’s docking paraphernalia—unnecessary for this flight, because it won’t be linking up with the ISS—and replacing it with a windowed “cupola” to afford the crew better views out the nose.

The Inspiration4 mission aims to raise $200 million for St. Jude Children’s Research Hospital, half of which Isaacman is providing himself. It’s also meant to help raise awareness of childhood cancer, which St. Jude specializes in treating. Back in February, that fundraising got off to a brisk start, with $1 million in donations pouring in the day after the mission was announced.

What are they going to do while they’re up there?

For one thing, the crew says they’ll be helping to perform medical experiments in zero gravity conditions, taking blood samples, sampling their personal biomes, and swabbing the walls of the spacecraft. They’ll also be taking in views from the spacecraft’s cupola, and calling home to loved ones and patients at St. Jude. Sembroski says he’s planning to perform a song from space, and Dr. Proctor will teach an art lesson.

How can I watch the Inspiration4 launch and follow its progress?

TIME will be hosting a launch livestream and following the mission’s progress closely on TIME.com. TIME Studios is producing a documentary series on the Inspiration4 mission. 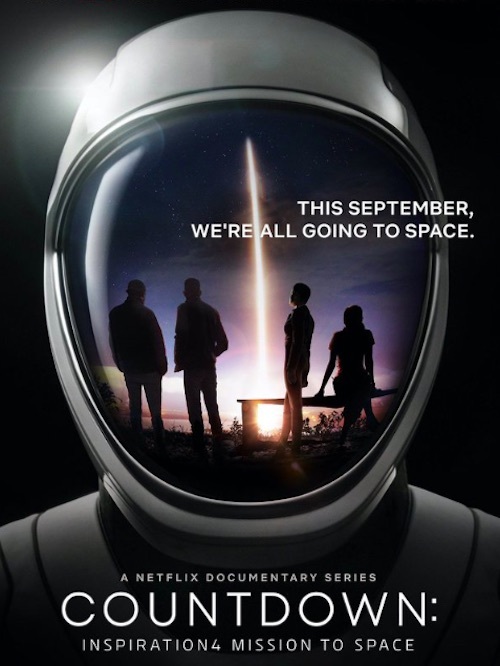 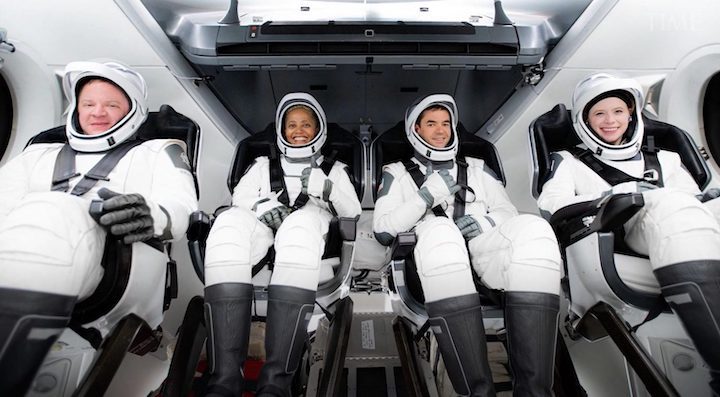 Netflix has announced plans for a documentary that will dive deep into SpaceX’s historic Inspiration4 private astronaut launch.

Headed by billionaire and Shift4 CEO and founder Jared Isaacman, Inspiration4 was first announced in February 2021 as SpaceX’s first private Crew Dragon mission. More importantly, the mission – if successful – will make history as the first fully private astronaut launch in the history of spaceflight when it sends four private citizens into orbit later this year.

Set to launch as early as September 15th, perhaps just two months after Virgin Galactic and Blue Origin’s (in)famous dueling crewed suborbital debuts, SpaceX will hopefully show the world what space tourism really is. Unlike Blue and Virgin, which have been working for a decade to develop suborbital tourist vehicles that will never stray more than ~20% of the way to useful spaceflight, SpaceX’s Crew Dragon is an orbital spacecraft and will spend a minimum of several days orbiting the Earth with its Inspiration4 astronauts.

In the process of preparing for their roles on the world’s first privately-crewed orbital spacecraft, all four Inspiration4 crewmembers have been training for months to ensure that they’re reasonably knowledgeable and comfortable with true spaceflight. That includes operating and living in Crew Dragon – a nominally autonomous spacecraft that nevertheless could require manual intervention in the event of an emergency.

Though Virgin Galactic or Blue Origin tourists are undoubtedly faced with significant danger on their suborbital jaunts, as evidenced by a fatal SpaceShipTwo test flight in 2014, they’re generally just a few minutes away from help throughout. Virgin’s SpaceShipTwo vehicle is carried to its launch point on an aircraft and is technically a glider itself, while Blue Origin’s New Shepard capsule can abort at any point during the rocket’s relatively relaxed trip to ~100 km (~62 mi) and Mach 4 (~3000 mph). Save for the pilots flying SpaceShipTwo, none of the passengers are in any position to influence the outcome of a flight in the event that something goes wrong.

In orbit, however, the sheer altitude and velocity at which astronauts and their spacecraft are traveling means that “help” is either hours away, limited to a remote “mission control,” or – in worst-case scenarios – contained exclusively inside the vehicle itself. Put simply, an orbital spacecraft with minimally trained tourists as “crew” will always raise the risk of a scenario where something goes wrong and something could have been done on-orbit to avert catastrophe but those aboard have too little training to save themselves.

As such, even though Crew Dragon is designed to fly with zero human intervention, the spacecraft has only completed three crewed launches and two crewed reentries – not exactly the kind of sample size one might gamble their life on. Of course, Falcon 9 is an extraordinarily reliable rocket and Crew Dragon has proven itself well over its two-year career. The spacecraft also has a built-in abort system that can feasibly whisk its crew to safety at any point from the launch pad to orbit.

But given the low price of a few months of hard work and inconvenience for a shot at saving one’s own life in an admittedly unlikely emergency, it’s likely that private astronauts (orbital space tourists) will go through significant training for years to come.