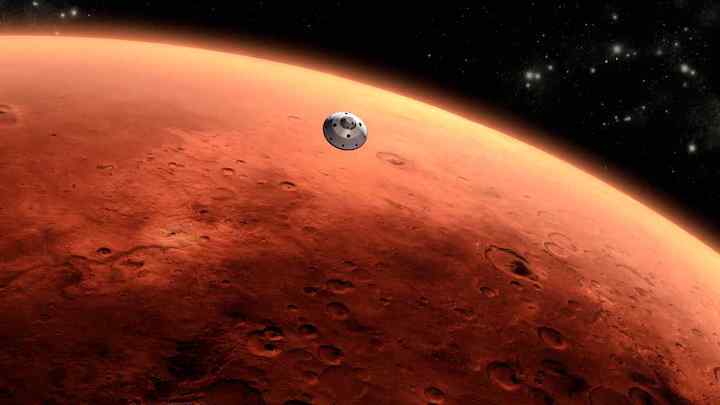 TOKYO -- Like something out of a science-fiction movie, a mysterious, strangely shaped structure rises up from a barren red desert. Inside, buildings stand on tracts of green, grassy land and boats sail across vivid blue water -- all on near-vertical walls.

This computer-animated tableau was presented at the opening of Kyoto University's Human Spaceology Center as a potential vision for living on Mars.

The center was established amid a wave of renewed interest in space travel, with projects like NASA's Artemis program aspiring to send the U.S.'s first crewed flight to the moon since the Apollo missions, and the recent flights by Richard Branson's Virgin Galactic and Jeff Bezos's Blue Origin. SpaceX, led by Elon Musk, aims to send people to Mars within the next decade.

The Kyoto University center, which was set up in October and launched fully in June, plans to help Japan contribute to the development of technologies needed for humans to venture and live far from Earth. The center is partnering with the private sector.

The video of the strange structure was a concept for one of the center's five main areas of research: habitations with earthlike artificial gravity, a challenge it is working on with general contractor Kajima.

The low gravity of the moon and Mars -- one-sixth and one-third that of Earth, respectively -- makes it harder to maintain and build muscle and bone mass. The center will pursue a variety of ideas for addressing this problem to keep space travelers healthy.

The center's research topics also include the use of wood in space, the effects of radiation, space education, and technology for space and earth exploration.

These fields were selected based on their "potential to leverage Japan's industrial strengths in space," according to Yosuke Yamashiki, the center's director.

A looming question for Japan, which has never conducted an independent space mission, is how it will participate in the space race. Universities and industry will join forces to explore the right path to take. The space business is steadily attracting players from other sectors. 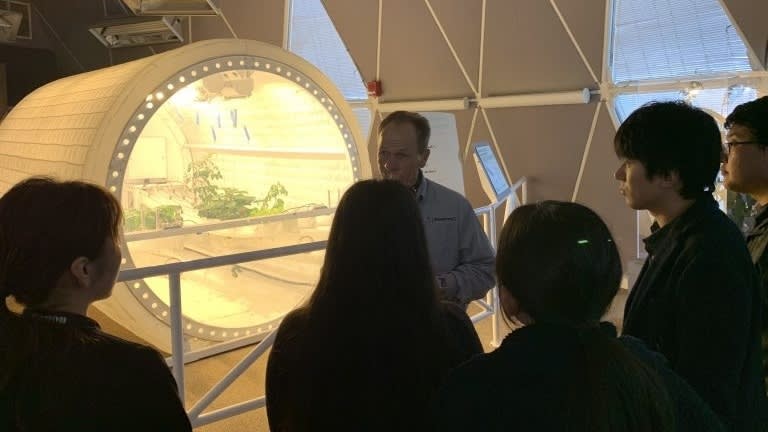 Kyoto University launched a space camp in conjunction with the University of Arizona in the U.S., where students from Japan visit as part of the program. (Photo courtesy of Kyoto University)

"I want to expand the circle of partnerships outside the current framework," said Yamashiki.

Members of the spaceology center include personnel from NASA, as well as Japanese astronauts Takao Doi and Naoko Yamazaki. The center kicked off full-scale activities in June after months of finalizing the organizational structure.

In addition to research and development, a key theme is cultivating human resources. The educational program will include both lectures and practical training.

In 2019, Kyoto University launched a space camp in conjunction with the University of Arizona in the U.S. The COVID-19 pandemic forced the camp to be held separately in Japan and the U.S. for the 2020 term.

The combined camp is due to be held once again in the U.S. state of Arizona. There, undergraduates from both sides of the Pacific will spend time at a terrestrial biosphere that studies whether Earth's environment could be replicated on Mars.

In Japan, there will be opportunities for hands-on training involving sea and forest environments, as well as with radio communication. The astronaut Doi will participate in the training, imparting to university students the knowledge he gained during his space missions.