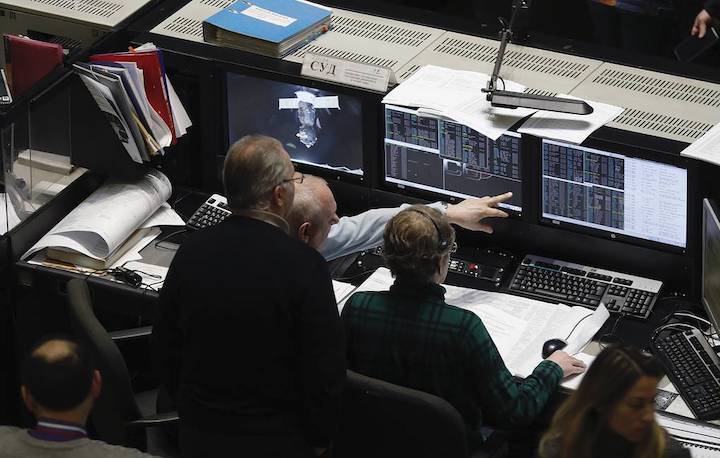 For example, the space station’s orbit had to be adjusted twice in 2020 to avoid a collision with space junk. One of the maneuvers was conducted on September 23, he specified.

"Due to the high probability that its normal operation might be disrupted over a likely collision with a fragment from the Japanese H-2A rocket’s disintegrated operational part, the orbit of the ISS was adjusted," the specialist said.

Items lost by cosmonauts during their spacewalks also turn into space junk objects, he explained. Eventually, they burn up in the atmosphere. All these objects are entered into the Automated Warning System of Hazardous Situations in near-Earth Space, he added.

"Such objects also pose a danger to the ISS and other spacecraft like any space junk object whose orbit may intersect with the orbits of space vehicles. The danger to the ISS is quite low and exists only at the initial stage and further on such objects drift down below the space station’s orbit and pose no threat to it," Bakaras explained.

Up to 10 dangerous near-misses with Russian satellites registered daily

"We receive from three to ten reports from the Automated Warning System daily about dangerous near-misses of the Russian cluster’s protected satellites with potentially hazardous space objects," he said.

In spite of the number of warnings, satellite orbits seldom have to be altered, the specialist stated.

"However, in the event of a high probability that space vehicles in operation may collide with space junk objects, their orbit may be adjusted," he pointed out, emphasizing that not all spacecraft had that option because of their design features and fuel available to maneuver and continue.

Russia’s Automated Warning System of Hazardous Situations in near-Earth Space was established and has been operating since 2016. Its integral optoelectronic equipment automatically detects space vehicles and space junk objects and determines their coordinates.

Collisions in orbit may grow over multi-satellite groupings

The number of collisions of space objects in orbit may increase substantially, if clusters of several thousand satellites are created, the Roscosmos specialist noted.

If such projects are implemented, the situation in low-Earth orbit space will worsen considerably, the specialist warned.

"This will not only cause a spike in the number of existing satellites in the near-Earth space, but may also increase the number of collisions of space objects in that area substantially," he stressed.

As the Roscosmos specialist cautioned, the increase in space vehicle collisions will spawn more space junk objects, both large and small.

"Naturally, this scenario will require larger technical resources for getting and processing measuring data," he said.

Currently, Elon Musk’s company SpaceX is implementing the Starlink project for developing a broadband Internet system by deploying a large number of small satellites weighing up to 500 kg in orbit. Based on SpaceX’s estimates, the launch of 11,000 satellites and their entry into service will cost $10 billion. A total of 1,565 micro-satellites have already been orbited since May 2019.