Russia may quit the ISS project gradually but there is no talk about dumping the orbital outpost in 2025, Roscosmos CEO Dmitry Rogozin said 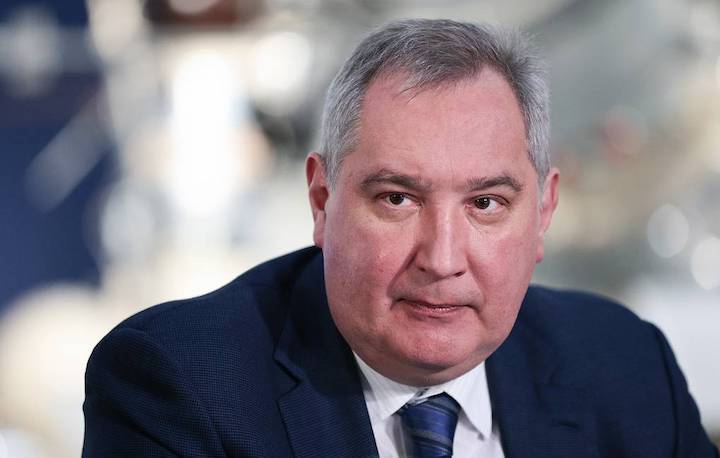 Russia’s Energia Space Rocket Corporation has been assigned the task of making the first basic module for a new Russian orbital station ready in 2025. Head of the State Space Corporation Roscosmos Dmitry Rogozin said on Tuesday.

"Work is already underway on the first basic module for the new Russian orbital service station. The Energia Space Rocket Corporation has been set the task of ensuring its readiness for the launch into the designated orbit in 2025," Rogozin wrote in his Telegram channel.

The Roscosmos chief also posted a video of the first module under construction: this will be a research and power unit that was previously intended for its launch to the International Space Station in 2024.

Russian Deputy Prime Minister Yuri Borisov’s office announced on April 18 that the space station’s condition left much to be desired. In order to avoid any risks in case of accidents, it was necessary to carry out a technical inspection of the station. After this, a decision should be made on the orbital outpost’s further operation, it explained.

In turn, Borisov said in an interview with the Moscow. Kremlin. Putin program on the Rossiya-1 TV channel that Russia might quit the ISS project in 2025.

Russia may quit the ISS project gradually but there is no talk about dumping the orbital outpost in 2025, Rogozin said.

"There is no talk about dumping the ISS in 2025. We are talking about our gradual exit from this project and creating a new national orbital service station," the Roscosmos chief wrote on his Facebook, responding to a user’s comment.

Russia mulls withdrawing from the International Space Station after 2024

The 20-year-old International Space Station (ISS) is showing its age: Last month, cosmonauts patched up cracks in a Russian module that were thought to be the source of minor air leaks. Cracks are also appearing in the international alliance that keeps the station going. This week, Russian Deputy Prime Minister Yury Borisov suggested Russia would back away from the ISS as early as 2025 to pursue a national space station.

Although he and other officials have since backpedaled from such a concrete date for withdrawal, Russian skepticism over the future of the ISS could complicate U.S. efforts to keep it operating until the end of the decade. “ISS partners would have a really hard time keeping the station functional without Russia,” says Vitaly Egorov, an industry observer, writer, and former spokesperson for Dauria Aerospace, a Russian company.

On 18 April, Russia 1, a state TV channel, reported that Borisov told a meeting chaired by President Vladimir Putin, “We need to honestly inform our partners about leaving the ISS in 2025.” In a statement to newswires released later that day, Borisov’s office clarified his remarks and backtracked from the date. “A technical inspection is needed, and then we can make a decision and inform our partners,” the statement said. But it reiterated that the ISS has run well past its original life span, and its condition “leaves much to be desired.”

It’s not the first sign of Russian dissatisfaction with the ISS. In November 2020, Vladimir Solovyov, flight director for the Russian module, caused a stir with remarks at a meeting of the Russian Academy of Sciences. He predicted a swift decline for the ISS in the next 5 years and said Russia should prioritize building a new station.

Seemingly downplaying Borisov’s remarks this week, Dmitry Rogozin, who leads Roscosmos, the Russian space agency, said on Monday that Russia would not pull out of the ISS until the proposed new station becomes functional. “Pauses are deadly for human spaceflight,” he wrote in a Facebook post. Rogozin later added that the new station, which does not have a name yet, could be based on one of the modules initially planned for the ISS.

For the moment, a new Russian space station—which would be a successor to the Salyut and Mir stations launched in the 1970s and ’80s—seems like a distant prospect. And for Andrey Ionin, a member of the Russian Academy of Cosmonautics who favors international projects, a new station would represent a step backward. “The biggest ISS achievement is not technology, but cooperation between countries,” he says. In any case, before Russia could embark on a new station, Roscosmos must first launch Nauka, a science module, to the ISS later this year; it was conceived more than 2 decades ago but has been grounded by technical flaws for the past 8 years.

Greg Autry, a space policy expert at Arizona State University, Downtown Phoenix, says it would be unfortunate for the ISS to lose an “invaluable” partner like Russia. But he says the United States, with cargo and crew services provided by SpaceX rockets, could potentially keep the ISS afloat on its own. “I believe ISS can and should continue to provide value until new, commercial stations are available for everyone to use,” he says. At that point, Autry says, governments should shift their efforts “to the Moon, either together or in a constructive competition.”

Olga Dobrovidova is a science journalist at Skoltech, a private university in Moscow, which is not involved in Russia’s human spaceflight program.