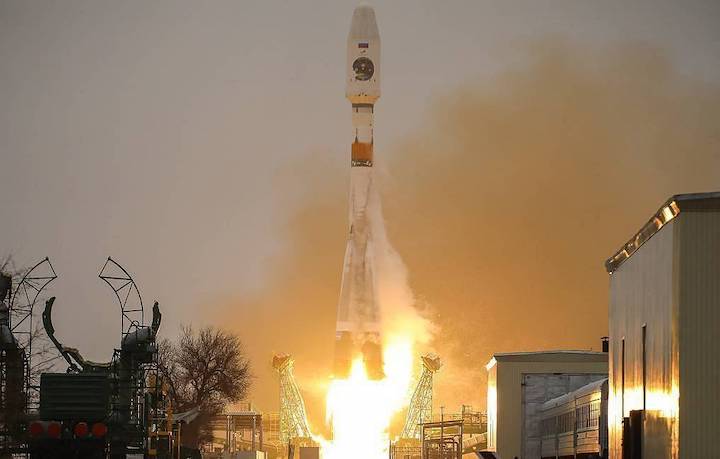 A Soyuz-2.1b carrier rocket with a Fregat booster and Arktika-M weather satellite blasted off from the Baikonur spaceport, according to a broadcast on the Roscosmos state space corporation’s website.

The first Arktika-M Arctic monitoring satellite launched from the Baikonur spaceport aboard a Soyuz-2.1b carrier rocket has been successfully put on the designated orbit by a Fregat booster. The Arktika-M spacecraft separated as scheduled at 12:14 Moscow Time and entered a high elliptical orbit with the apogee height of 37,400-39,800 km, perigee of 600-3,000 km and incline of 63.30 degrees, according to the statement.

The Arktika-M spacecraft is created on the basis of a unified platform Navigator of the Lavochkin Research and Production Association. It ensures operation of the satellite at all stages of its autonomous flight.

The minimum line up of the Arktika-M hydrometeorological space system should include two satellites. The devices will provide round-the-clock all-weather monitoring of the Earth's surface and the seas of the Arctic Ocean, as well as constant and reliable communication.

These satellites will be able to transmit overview images of the Earth’s northern polar region and the adjacent areas at least every 15-30 minutes.

Earlier, Roskosmos chief Dmitry Rogozin said that the state space corporation had agreed with Russia’s Federal Service for Hydrometeorology and Environmental Monitoring (Roshydromet) to explore the possibilities so that the first two Arktika-M satellites "should not become the sole space vehicles.".