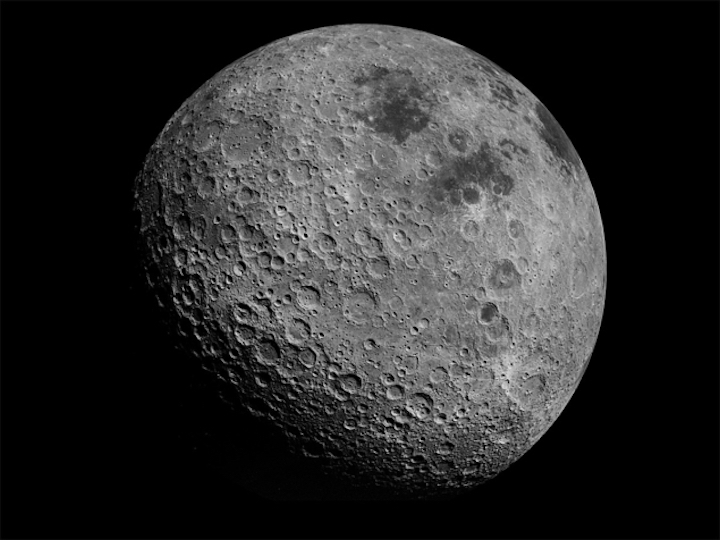 A leading theory as to why regions of the Moon’s crust are magnetized has been debunked by researchers in the US, Germany, and Australia. Through a combination of simulation techniques, a team led by Rona Oran at the Massachusetts Institute of Technology concluded that the lunar surface could not have become magnetized following high-velocity meteorite impacts in the distant past.

When the Moon’s surface was first studied in detail 50 years ago during the Apollo missions, researchers discovered regions of magnetization in the lunar crust that spanned hundreds of kilometres. In the decades since, scientists have not been able to provide a conclusive explanation for how these mysterious features formed – which would require the presence of a magnetic field of a strength that does not currently exist on the Moon.

According to the “core dynamo” theory, the rotation and convection of molten metal in the core of the ancient Moon created the required magnetic field a very long time long ago. However, many scientists have remained sceptical of this idea. Another leading theory suggests that sections of the lunar crust were vapourized by the impacts of high-velocity meteorites, releasing dense clouds of plasma. These expanding clouds would then compress and enhance the interplanetary magnetic field and amplify the induced field inside the Moon.

In the new study, Oran’s team put the impact theory to the test using a combination of high-resolution magnetohydrodynamic simulations – which model the coupled interactions between plasmas and magnetic fields – and simulations of the vapour clouds created by the impacts responsible for large craters on the Moon’s surface. By calculating the mass and thermal energy of the vapour emitted in these events, the group determined the extent to which compression of the interplanetary magnetic field could have induced magnetization in the crust.

Oran and colleagues identified several factors – not previously considered – that reduce the overall enhancement of the magnetic field. These include electrically resistive outer layers in the Moon’s upper mantle, which would have removed magnetic energy; a diffusive effect that would have caused the Moon’s internal field to slip around its core; and the pushing away of the compressed interplanetary magnetic field. As a result, they conclude that the fields produced following high-velocity impacts would have been some three orders of magnitude too weak to produce the magnetized regions that we observe today.

The researchers say that their study leaves the core dynamo theory as the only plausible explanation for the magnetized crust. They also suggest that equivalent dynamo mechanisms could be responsible for magnetized crusts on Mercury, as well as many of the solar system’s meteor-forming asteroids.