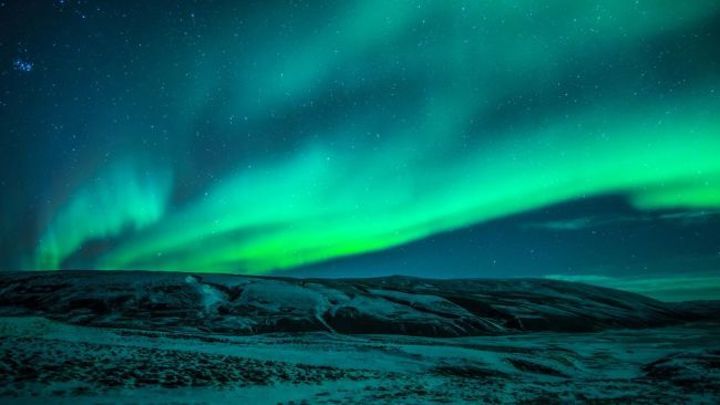 This bubble of magnetism holds our atmosphere in place and protects us from harmful cosmic radiation and solar winds. But a few times every million years, the field's polarity reverses and the magnetic North Pole and South Pole trade places. The last time this happened was about 780,000 years ago, and the process was previously estimated to take thousands of years, shifting at a rate of about one degree per year.

The sloshing of molten iron in the planet's outer core, swirling more than 1,700 miles (2,800 kilometers) below the surface, powers Earth's invisible magnetic field. Roiling, conductive magma creates electrical charges that determine the positions of the magnetic poles and shape the invisible magnetic field lines that cradle the globe and connect the poles.

Interactions between the core and the magnetic field are complex. Their tandem flows create spots that are strongly magnetic in some places and weaker in others; magnetism's intensity can vary over time and in different locations at the core and on Earth's surface, said lead study author Christopher Davies, an associate professor with the School of Earth and Environment at the University of Leeds in the United Kingdom.

In the molten core, "flow twists and stretches the magnetic field, which in turn pushes back on the flow, resisting the distortions it experiences," Davies told Live Science in an email.

"The flow is turbulent — in a simple sense, it could be like the flow in a pan of boiling water," he explained. "So the interaction between flow and field is different from place to place within the core." In other words, as the liquid core "boils," that movement creates ups and downs in the magnetic force in different parts of the core, which in turn shapes how those regions affect the magnetosphere. 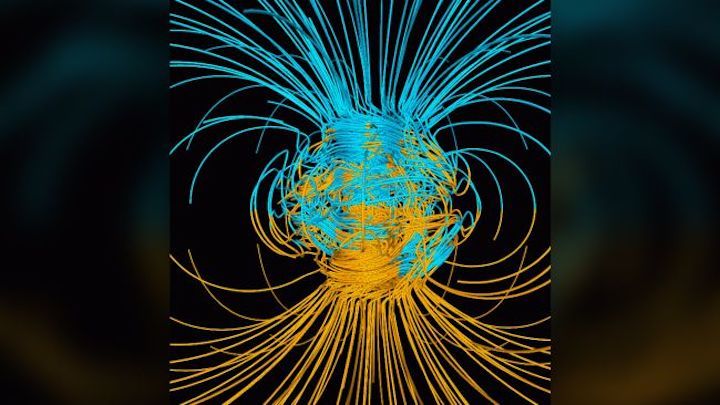 Some variations in these interactions are visible to scientists today, such as patches of intense magnetism at high latitudes; magnetic field features that drift to the east or west; and a long-standing weak spot in the field between Africa and South America, known as the South Atlantic Anomaly.

Centuries ago, sailors' notations in ships' navigation logs recorded changes in the magnetic field; in recent decades, satellites and observatories captured such changes. In fact, recent observations show that the magnetic field's strength has waned over the past 160 years, suggesting that Earth may be due for a magnetic flip sooner rather than later, Live Science previously reported.

But tracking changes in the very distant past is much more challenging, Davies said.

"We know about polarity reversals, but there is still much to discover about what the field does over thousands of years to millions of years," he said. "In our work we asked the question: How fast can the field change direction on these timescales?"

Go with the flow

To answer that question, Davies and study co-author Catherine Constable, a professor at Scripps Institution of Oceanography in San Diego, used a new model of the magnetic field that was derived from a large dataset of magnetic field observations from the past 100,000 years. Magnetic field changes  show up in marine sediments, cooled lava flows, and even human-made structures and artifacts, Davies said.

"However, like all models derived from observations at Earth's surface, it can only show us the field down to the top of the core; we cannot 'see' inside the core," Davies added. "Therefore we combined these results with computer simulations of the physics of magnetic field generation," emanating from the core's movements.

Davies and Constable discovered that the magnetic field could change direction by as much as 10 degrees per year in zones where the field was weakening — this rate is about 10 times faster than previous models suggested, and about 100 times faster than changes seen in modern observations.

When regions of the molten core reversed direction, the magnetic field direction would change sharply, the simulations showed. This core reversal was more common in spots close to the equator, which lined up with the researchers' observation of rapid directional changes at low latitudes.

This new evidence that low latitudes experience the fastest changes suggests scientists should direct their attention there in the future, the authors wrote in the study.

The findings were published online July 6 in the journal Nature Communications.