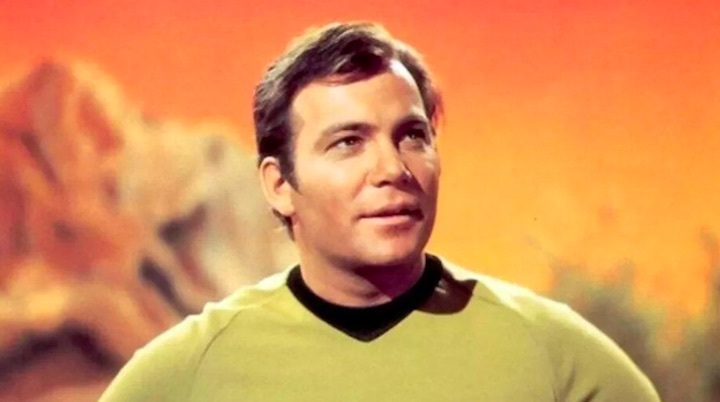 There's a ready and willing replacement waiting in the wings if NASA astronauts Bob Behnken or Doug Hurley can't make it on board the SpaceX Crew Dragon for its historic launch next week. Star Trek actor William Shatner has volunteered for the journey to the International Space Station.

Shatner, famous for his role at Captain James T. Kirk, tweeted a photo of his face in a SpaceX spacesuit to NASA's attention on Wednesday. "Just in case; the suit does fit!" he wrote. 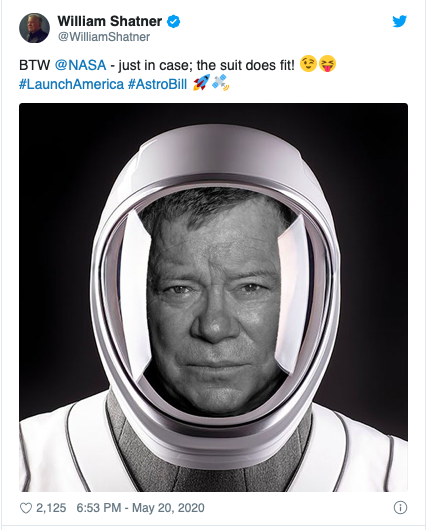 Behnken, an astronaut who's been training for years for real, tweeted back with "How many people can say William Shatner offered to stand in at work for them? I appreciate the offer Captain!"

Shatner replied saying, "What are you talking about, Bob? I'm going to be sitting beside you." I guess that means Hurley is the odd astronaut out.

Shatner has long been an advocate for NASA. He narrated the Artemis program trailerand recruited space fans to become a part of the Parker Solar Probe mission. NASA honored Shatner with a Distinguished Public Service Medal in 2014.

The Demo-2 mission is a critical test for NASA's Commercial Crew Program and will mark SpaceX's first time sending humans into space. The launch is scheduled for May 27 (here's how to watch), which won't give Shatner much time to get through astronaut training.

Captain Kirk can at least start practicing on SpaceX's ISS docking simulator, which should be a lot easier than the Kobayashi Maru.