You've never seen the moon like in this 'all terminator' image (and you never will). 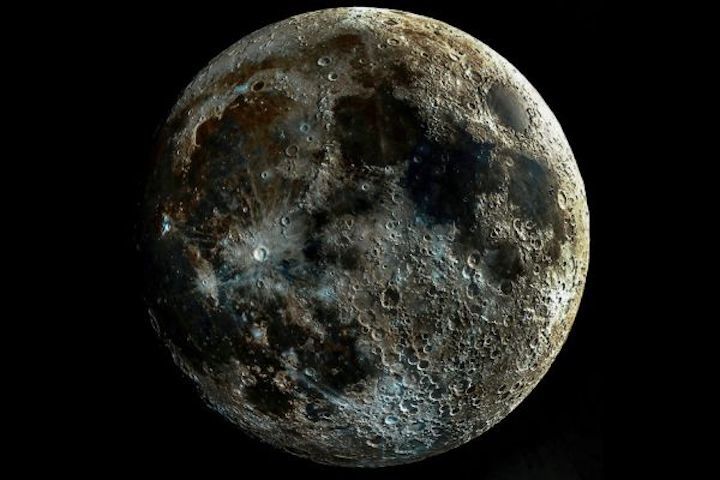 Shadows creep down the banks of every crater on the near-side of the moon, highlighting the pockmarked face of Earth's gravitationally-bound buddy with a clarity never before seen.

According to photographer Andrew McCarthy, who posted the stunning image to his Instagram in April, there's a simple explanation for the unprecedented level of detail in his work — this lunar view is actually "impossible."

"This moon might look a little funny to you, and that's because it is an impossible scene," McCarthy wrote on Instagram. "From two weeks of images of the waxing moon, I took the section of the picture that has the most contrast … aligned and blended them to show the rich texture across the entire surface."

The high-contrast section of the moon that McCarthy referred to is called the "lunar terminator" — the long line in the sand (or regolith, if you prefer) that divides the moon’s Earth-facing side between darkness and light. This terminator line moves around constantly depending on the phase of the moon, revealing or concealing new sections of the lunar surface each day. Because the terminator line heightens the contrast between the light and dark sides of the moon’s face, shadows look elongated and intensified in craters closest to the terminator.

With this in mind, McCarthy trained his camera on the craters closest to the lunar terminator every night for two weeks as the moon waxed toward complete illumination. By the time the moon was full, McCarthy had a series of high-contrast, high-definition photos of every crater on the moon's Earth-facing side. Blending them into a single composite image was "exhausting," he wrote, but ultimately resulted in the gorgeously detailed shot seen above — an image that McCarthy calls the "all terminator" moon.

This impossible composite can't really be considered a true photograph of the moon, but the finished whole certainly amounts to more than the sum of its shady-cratered parts.