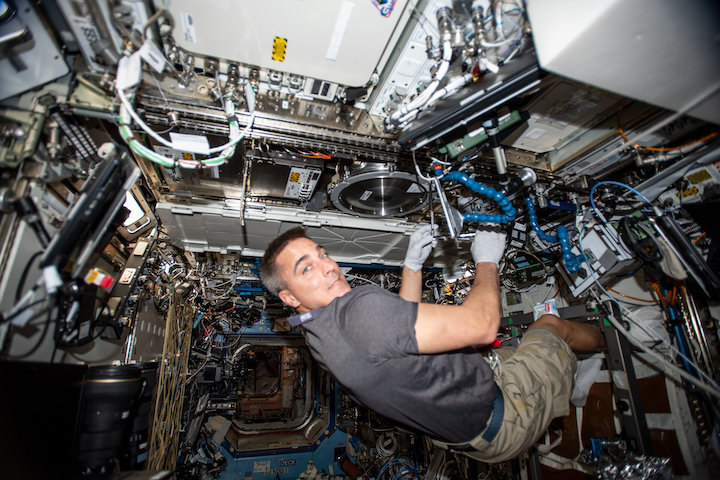 Astronauts donned gloves on the International Space Station to kick off two European experiments on metals and foams, while preparing spacesuits for future work outside their home in space.

The new crew, NASA’s Chris Cassidy and Roscosmos’ Anatoly Ivanishin and Ivan Vagner, has completed three full weeks of their 195-day mission. They have more space for themselves than the typical crew of six, but not much time to spare.

Most metals used today are mixtures – alloys – of different metals, combining properties to make new materials. Alloys are everywhere now, from your smartphone to aircraft.

Scientists want to improve their understanding of melting-solidification processes in alloys, and they are taking organic compounds to the Space Station as analogues to experiment with. Microgravity allowed the Transparent Alloys experiment to observe their formation unaffected by convection at microscopic resolution.

Before the new crew arrived, former inhabitant Andrew Morgan handled the samples using the European Microgravity Science Glovebox, a device that allows them to carry out experiments in a sealed and controlled environment, isolated from the rest of the International Space Station.