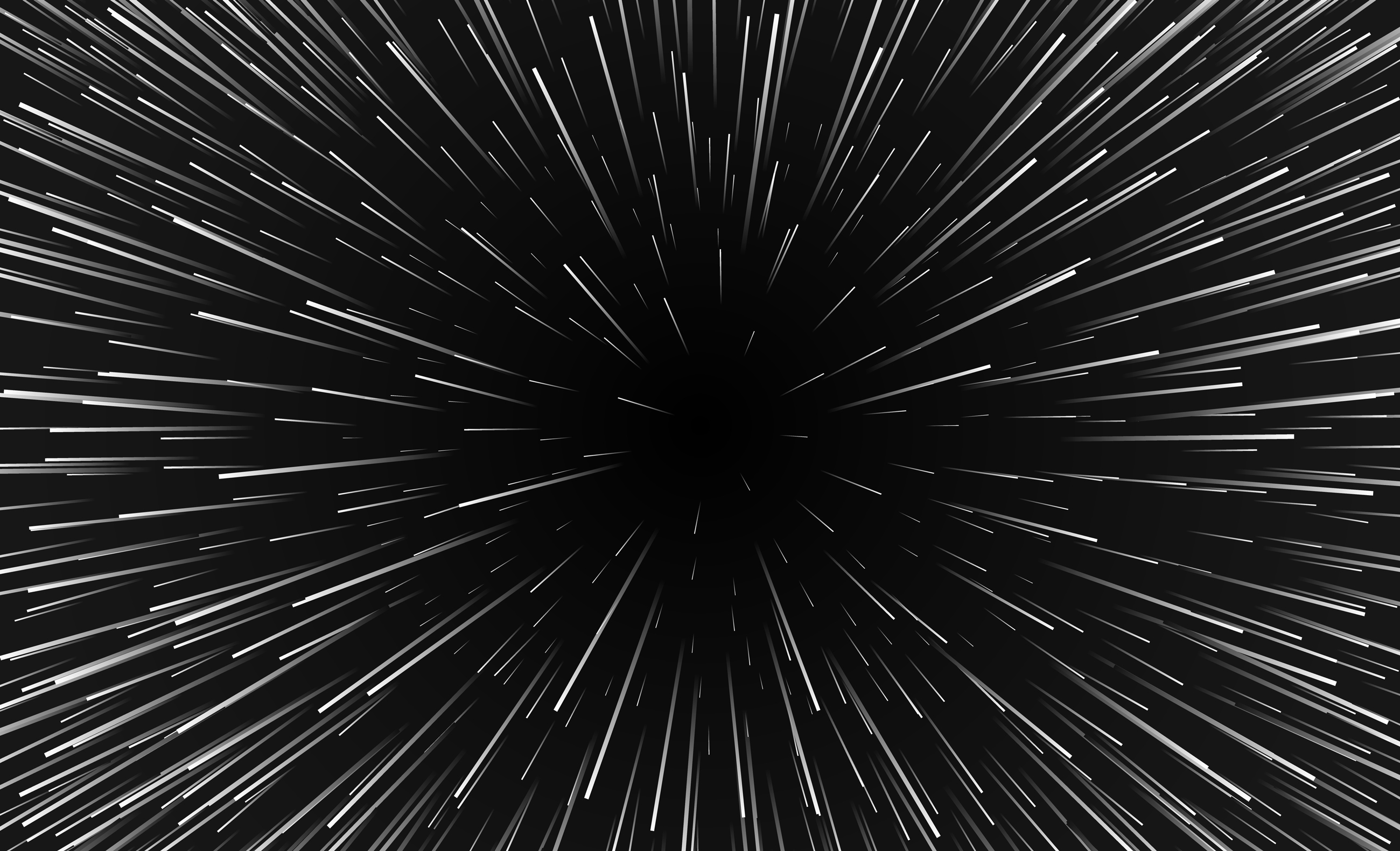 The discrepancy between how fast the universe seems to be expanding and how fast we expect it to expand is one of cosmology’s most stubbornly persistent anomalies.

Cosmologists base their expectation of the expansion rate — a rate known as the Hubble constant — on measurements of radiation emitted shortly after the Big Bang. This radiation reveals the precise ingredients of the early universe. Cosmologists plug the ingredients into their model of cosmic evolution and run the model forward to see how quickly space should be expanding today.

Yet the prediction falls short: When cosmologists observe astronomical objects such as pulsating stars and exploding supernovas, they see a universe that’s expanding faster, with a larger Hubble constant.

The discrepancy, known as the Hubble tension, has persisted even as all the measurements have grown more precise. Some astrophysicists continue to debate whether the tension might be nothing more than a measurement error. But if the discrepancy is real, it means something is missing from cosmologists’ model of the universe.

Recently, theorists have been busy imagining new cosmic ingredients that, when added to the standard model, would rev up the universe’s expected expansion rate, making it match observations.

“Discovering anomalies is the fundamental way that science makes progress,” said Avi Loeb, a cosmologist at Harvard University and one of dozens of researchers who have proposed solutions to the Hubble tension.

These are some of the top ideas for what could be speeding up cosmic expansion.

The standard model of cosmology incorporates all the familiar forms of matter and radiation and their interactions. It also includes the invisible substances known as dark energy and dark matter, which together make up some 96% of the cosmos. Because so little is known about these dark ingredients, they are perhaps the obvious place to begin tampering with the standard model. “That’s what you have at your disposal to change the expansion rate of the universe,” Loeb said.

The standard model assumes that dark matter consists of slow-moving particles that don’t interact with light. But what if we also assume that dark matter is not made of just a single substance? Since many different kinds of visible particles exist — quarks, electrons and so on — there might be multiple dark particles as well.

In a paper published last summer in Physical Review D, Loeb and two collaborators considered a form of dark matter that decays into a lighter particle and a massless particle known as a dark photon. As more and more dark matter decayed over time, they reasoned, its gravitational pull would have lessened, and thus the expansion of the universe would have sped up, relieving the Hubble tension.

But making small changes like this to the standard cosmological model can have unwanted knock-on effects. “It’s very easy to come up with all kinds of slight modifications,” said Marc Kamionkowski, a theoretical physicist at Johns Hopkins University — but it’s hard to do so, he said, without ruining the model’s perfect fit with a wealth of other astronomical observations.

By varying the decay rate and the amount of dark matter that is lost in each decay, Loeb and colleagues selected a model of decaying dark matter that they say still agrees with other astronomical observations. “If you add this ingredient to the standard model of cosmology, everything holds together,” Loeb said.

Yet he remains dissatisfied with the decaying dark matter idea, in part because it introduces two new uncertain quantities into the equations.

“In this case, you add two free parameters in order to resolve one discrepancy — and I’m uneasy about that,” he said, comparing decaying dark matter to the epicycles in  Ptolemy’s Earth-centric model of the universe. “I would rather have two discrepancies explained by one parameter.”

Ever since the surprise discovery in 1998 that the expansion of the universe is accelerating, cosmologists have included a repulsive dark energy in their model of cosmic evolution. But its nature remains a mystery. The simplest possibility is that dark energy is the “cosmological constant” — the energy of space itself, with a constant density everywhere. But what if the amount of dark energy in the universe isn’t constant?

An extra dose of dark energy in the early universe, dubbed early dark energy, could reconcile the conflicting values of the Hubble constant. The outward pressure of this early dark energy would have sped up the universe’s expansion. “The tricky part is that [early dark energy] can’t really stick around; it has to go away quickly,” said Lisa Randall, a particle physicist and cosmologist at Harvard.

Get Quanta Magazine delivered to your inbox

Randall and her collaborators devised what they call “rock ’n’ roll” solutions to the Hubble tension in a paper submitted to the Journal of High Energy Physics. Each of these additions to the standard model takes a different mathematical form — in some, the density of dark energy oscillates, or rocks, while in others it rolls down from a high value to zero. But in all cases, the early dark energy must disappear after a few hundred thousand years, during an epoch known as recombination. “The history of the universe since recombination is pretty consistent with the standard model,” said Kamionkowski, who co-authored a paper on early dark energy published in Physical Review Letters last June. “So any monkey business that we do in the early universe has to decay away.”

Alongside early dark energy, theorists have put forward other exotic forms of dark energy — such as quintessence and phantom dark energy — that also change as the universe ages. While these extensions to the standard model relieve the Hubble tension, they are regarded by many cosmologists as fine-tuned — opportune mathematical additions that have no clear justification.

But Kamionkowski says that the novel forms of dark energy appear less contrived when considered alongside other periods of expansion in the universe’s history. For example, most cosmologists think space exponentially expanded at the start of the Big Bang during a period known as inflation, which was driven by a different kind of dark energy than the one that exists today. Such dark energy-dominated periods are thought to “occur occasionally throughout the history of the universe,” Kamionkowski said.

In the standard model of cosmology, all known forms of matter and radiation, plus dark matter and dark energy, are fed into Albert Einstein’s theory of gravity, and Einstein’s equations indicate how space expands as a result. This means that, besides changing or adding cosmic ingredients to the model, there’s another way physicists can reconcile it with the observed cosmic expansion rate: “You can imagine that Einstein’s equations are not correct,” Loeb said.

The amazing thing is that even with these ad hoc additions, it’s still very hard to accommodate the discrepancy.

William Barker, a doctoral student at the University of Cambridge, was searching for a theory of “modified gravity” last summer when he stumbled across a way to resolve the Hubble tension. Barker found a modified-gravity model that was “capable of behaving as if there were extra radiation in the early universe,” he said; the radiation pressure would have increased the cosmic expansion rate.

But in a preprint submitted to Physical Review D in March, Barker and three co-authors acknowledge that much more analysis is needed to see if the model can describe not only how the universe expands but also how structures like galaxies and clusters evolved.

With contemporary telescopes offering a glut of impressively precise data on such structures, devising a theory that matches all the observations is no mean feat. “Many of the modified-gravity theories are not complete theories, and when you’re trying to do a detailed calculation with sophisticated data sets … it’s hard to do that in a robust way,” Kamionkowski said.

“We all know they are ad hoc,” Randall said of the proposals so far. “The amazing thing is that even with these ad hoc additions, it’s still very hard to accommodate the discrepancy.”

Even with the extra freedom, most of the nonstandard models only reduce the Hubble tension rather than eliminating it. They predict a faster cosmic expansion rate than the standard model, but it’s still not quite fast enough to match observations of supernovas and other astronomical objects.

In the coming years, the Euclid telescope and others will meticulously map how gravity and dark energy have shaped cosmic evolution. Meanwhile, gravitational waves emitted from colliding neutron stars offer a new way to measure the Hubble constant. The new data will rule out some of these novel solutions to the Hubble tension, but new cracks in the standard model may appear. For now, many cosmologists are loath to complicate the model when it otherwise works so well. “There is a little bit of a sense of wait and see, unless someone has a really good idea,” said Randall.

She added that even if the Hubble tension turns out to be nothing more than an accumulation of errors, this search for new physics may not be in vain.

“Interesting results occasionally come from things that go away eventually,” Randall said. “It forces you to think: What do we know? And how much can we change things?”

Astronomie - What Might Be Speeding Up the Universe’s Expansion? Physicists have proposed extra cosmic ingredients that could explain the faster-than-expected expansion of space.
« Zum vorherigen Eintrag Zum nächsten Eintrag »
854 Views
Created with page4