If schedules hold, a SpaceX Falcon 9 rocket will launch two astronauts from Kennedy Space Center in less than a month, ending a gap in U.S. human spaceflight capabilities that began in 2011.

The mission will see NASA astronauts Bob Behnken and Doug Hurley, both former space shuttle crew members, fly from pad 39A to the International Space Station at 4:32 p.m. May 27. The flight is a critical and emotional milestone for people around the world, but especially for astronauts – fresh-faced and veteran alike.

FLORIDA TODAY spoke with shuttle astronaut and engineer Garrett Reisman, who flew missions in 2008 and 2010, about the upcoming milestone. He went on to play a critical role as a SpaceX employee on the Crew Dragon team, though he now works with the company strictly as a consultant.

Emre Kelly, FLORIDA TODAY: I appreciate you setting aside some time to talk to us about SpaceX’s upcoming flight. This is great timing.

Reisman: “I’m happy to talk about it and and really get the word out because I think people are really hungry for some good news and this is great news. This is something that we've been working on for a long time. It's been a long uphill battle and hard work to get to this point but we've made it.

But that’s not the only thing. It's also the beginning of what could be a whole new age of spaceflight with not just SpaceX but other companies coming up with new vehicles. SpaceX launches (Crew) Dragon, Boeing launches Starliner, Blue Origin has New Shepard, and Virgin Galactic has their spacecraft. But those are just the first generation. All those companies are working on what’s next after that.

I think the 27th is going to mark not just the return of America back into the business of launching people into space as a nation, it’s also going to mark the beginning of a whole new golden age of spaceflight.” 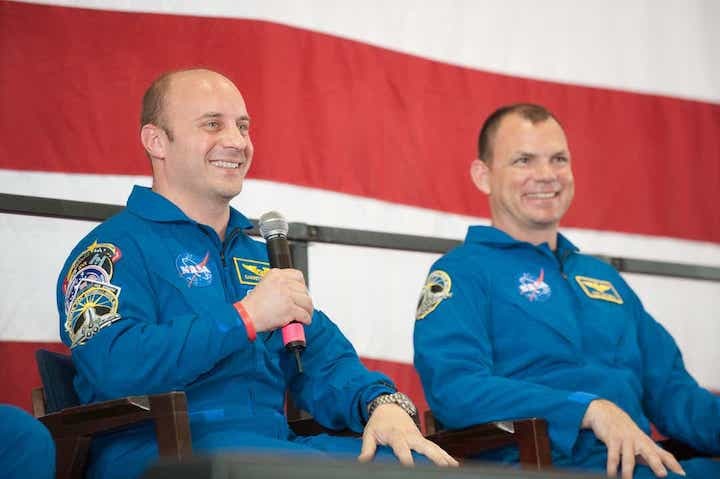 Astronaut Garrett Reisman speaks during an event in May 2010.
NASA

FLORIDA TODAY: You also work as a consultant for SpaceX on Crew Dragon-related matters. What was it like around the time you joined?

Reisman: “We were getting ready to launch on Atlantis on STS-132 in 2010 in the spring. Atlantis was going to roll out to the pad on the (crawler transporter), and I know this comes as a shock, but in the spring in Florida, it rained. So the ground was too wet and they couldn’t get Atlantis out there. We had an unexpected day off as we waited for the ground to dry.

First, we went with the security detail and shot all their weapons at the range, but we went through all their ammunition and had nothing else to do.

So we said, ‘Hey, we’ve heard about this company called SpaceX that’s got this launch pad over at Cape Canaveral Air Force Station, so let’s see if we can go over and check it out.’ The SpaceX guys said, ‘Sure, come on over.’

We were amazed at what we saw. Just the scale of the work going on there. At that time, the popular perception was that these are a bunch of hobbyists who don’t know what they’re getting into. But we saw them taking this massive launch pad and building the facility to launch a really big rocket and they were doing it so quickly. What they were accomplishing in a year is what would have taken decades for us to accomplish using the usual methods. I was really favorably impressed.

And then I went out to Hawthorne (California) to visit another former astronaut working at SpaceX, Ken Bowersox, and he showed me around and that really opened my eyes. It wasn’t a bunch of hobbyists just working in a garage – it was a huge enterprise with really big ambitions and a really fresh way of doing things.

It was after that visit that I became convinced that I wanted to stop being an astronaut and be part of this.” 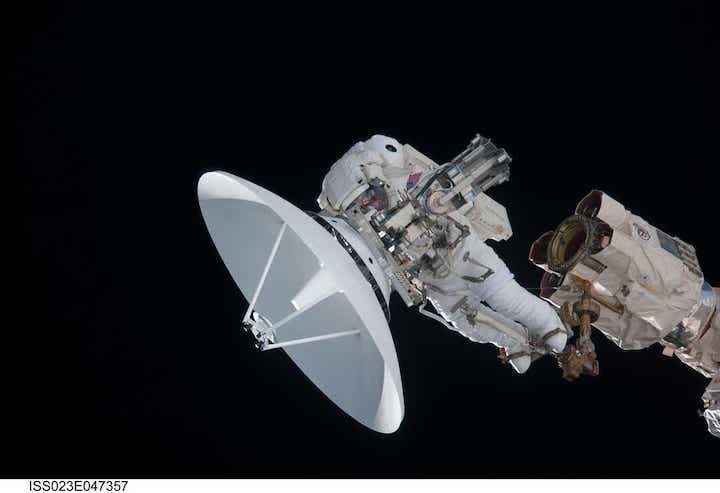 FLORIDA TODAY: After all the experiences you’ve had with Crew Dragon, combined with your personal spaceflight experience, how’s it going to feel when you see Behnken and Hurley fly?

Reisman: “It’s going to be very emotional. Thinking back to 2011 and even years after that, it was far from a foregone conclusion that we were ever going to get to this point. There were a lot of questions about whether or not this basic concept of a public-private partnership would even work. And it was a big challenge to get these organizations – SpaceX and NASA – with very different cultures to work together.

It’s really satisfying to see it work and to see not only that we’ve gotten to the Demo-2 mission, but that we’ve got NASA and SpaceX working together as one team. There are a lot of things we’ve overcome culturally and technically.

I’ll never forget the first time I watched a space shuttle launch where I knew the people who were sitting inside of it. It changes everything. I watched many space shuttle launches before I became an astronaut where I never met them, but when you see people you know, it’s a vastly different experience. Especially on the very first flight of a new vehicle.

And especially when you consider that Bob (Behnken) and I were graduates at CalTech together before either one of us had submitted an application to become an astronaut. We had offices right across the hall from each other as students. We go way back. We even made our first flight into space as rookies together on STS-123 on Endeavour.

So we have a shared history that goes back. I know his wife very well and I flew with Doug’s wife, Karen Nyberg, on the (International Space Station), I know their kids.

It’s going to be as strong a connection as I had that first time I saw a space shuttle launch with people I knew. This time around, it’s a whole other order of magnitude.”

FLORIDA TODAY: Would you consider flying again on any of these providers?

Reisman: “One day about three years ago, I was giving a presentation and wearing my blue NASA flight jacket. I got home in time to tuck my son into bed. He saw me come in the room with my jacket and said, ‘Dad, did you go back to space?’

I said, ‘No, I didn’t. And besides, I wouldn’t go again unless you were going to come with me.’

I’m in a different place now – there’s no question about that. But having said that, if someone came to me today and said they had a seat for me, that’d be a really hard thing to turn down.”

FLORIDA TODAY: Let’s look at something like the space shuttle and then Crew Dragon. They’re obviously very different vehicles, but from an astronaut’s perspective, what are some of the changes? More automation?

Reisman: “That’s the single biggest difference from an astronaut’s perspective. Just how much more capable the automation is on these vehicles. The vast majority of the stuff we trained to do on shuttle – the stuff that we spent so much time in the simulator practicing – was really stuff the computer should do.

Your car does stuff like that without you even knowing it. There’s no reason your spaceship shouldn’t be that advanced.

Compared to the shuttle, the amount of capability in these vehicles is night and day.

And it also has a big impact on the amount of training required. It opens up the possibility of not needing to be a test pilot or a professional astronaut. We can do missions with the general public, and that’s really what you want if we’re ever going to realize the dreams of science fiction where you can take vacations around the rings of Saturn.”