Comet ATLAS (C/2019 Y4) continues to shed fragments while slowly fading and becoming more diffuse. But it ain't dead yet!

The evolution of Comet ATLAS's fragmenting pseudo-nucleus is clearly visible in these images taken between April 6th and 14th. The brightest fragment situated off-axis from the other pieces may be the original nucleus. In the final frame note that it has developed a tiny tail of its own. North is up.
Gianluca Masi and Nick Haigh

Observers are still spotting the crumbling object in 100-mm binoculars and (dimly) in 6-inch telescopes under dark skies. On April 14th at 3h UT the comet's overall magnitude had faded to 9.4, but striking changes have occurred within the inner coma. The nuclear region is now clearly elongated east-to-west with hints of fuzzy condensations visible along its length, using magnifications upward of 300× and averted vision. 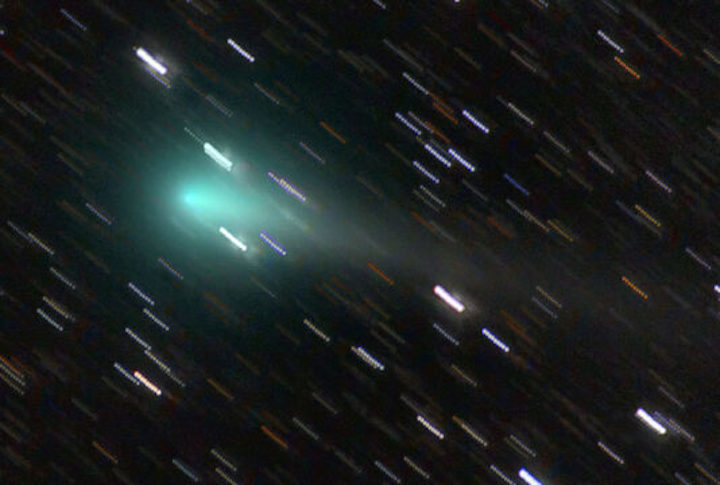 In a recent development, Comet ATLAS displays a lengthening tail seen in this image taken on April 14th. Chris Schur

On two recent evenings I was able to momentarily catch sight of the brightest fragment (pictured above) along with one or two additional fuzzy stellarings, faint starlike objects that appear on a nebulous object, in my 15-inch Dob at 400×. I encourage observers with larger telescopes to seek these amazing nuggets out. How often do we get the opportunity to see a comet come apart?

The coma measured 4′ across on April 14 at 3h UT, but when I added a Swan filter, which enhances emissions from gassy comets, Comet ATLAS brightened relative to the background sky and the coma expanded to 5′. Although I spotted the comet faintly in 10×50 binoculars on April 1oth, it was invisible on April 13th. This chart (black-and-white PDF here) is still good for locating ATLAS through late April. Assuming the comet soldiers on I'll update the chart next week. 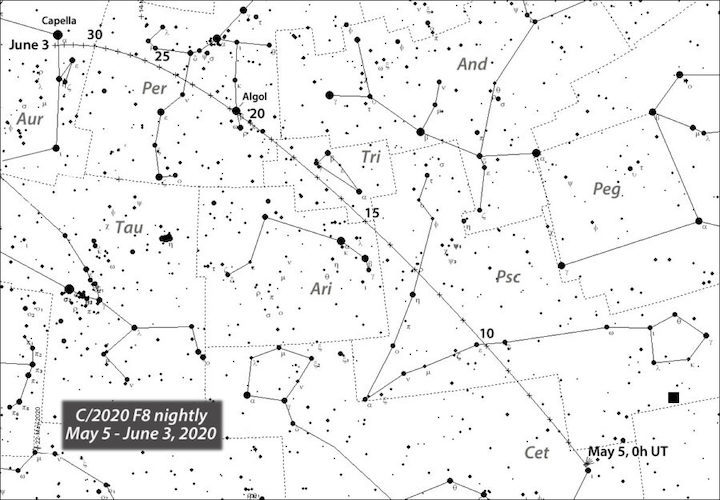