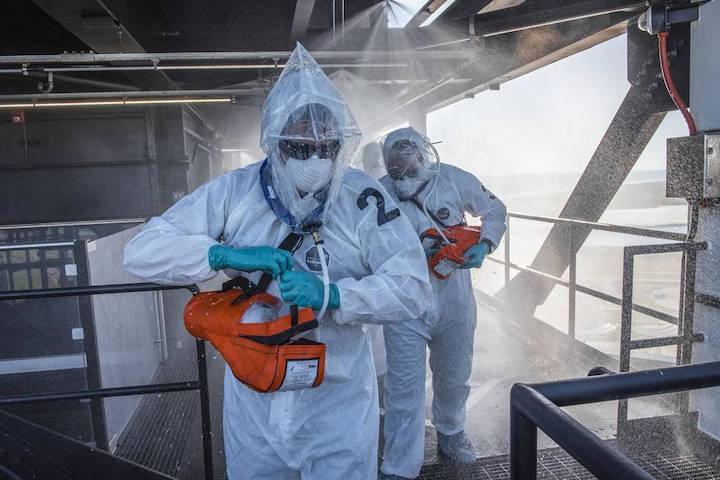 On Friday, April 3, 2020, NASA and SpaceX completed an end-to-end demonstration of the teams' ability to safely evacuate crew members from the Fixed Service Structure during an emergency situation at Launch Complex 39A at NASA's Kennedy Space Center in Florida.

Safety is a top priority as NASA and SpaceX prepare for liftoff of the company’s second demonstration flight test (Demo-2), the first flight to carry astronauts to the International Space Station onboard the Crew Dragon spacecraft as part of NASA’s Commercial Crew Program. The teams conducted an emergency egress exercise at Launch Complex 39A at the agency’s Kennedy Space Center in Florida on April 3. The end-to-end demonstration is the latest in a series of similar exercises to ensure the crew and support teams can quickly evacuate from the launch pad in the unlikely event of an emergency prior to liftoff.

NASA and SpaceX personnel, including the Kennedy pad rescue team, participated in the exercise. The primary objective was to demonstrate the teams’ ability to safely evacuate crew members from the launch pad during an emergency situation. Teams rehearsed locating injured personnel on the 265-foot-level of the launch tower, loading them into the pad’s slidewire baskets and safely descending the tower, then successfully loading the injured participants into Mine Resistant Ambush Protected (MRAP) vehicles staged at the pad perimeter.

Scheduled for launch no earlier than May 2020, Demo-2 will be the first launch of NASA astronauts from American soil to the International Space Station since the space shuttle era. It also is the final flight test for the SpaceX Falcon 9 rocket and Crew Dragon spacecraft system to be certified for regular flights to the station with crew onboard. 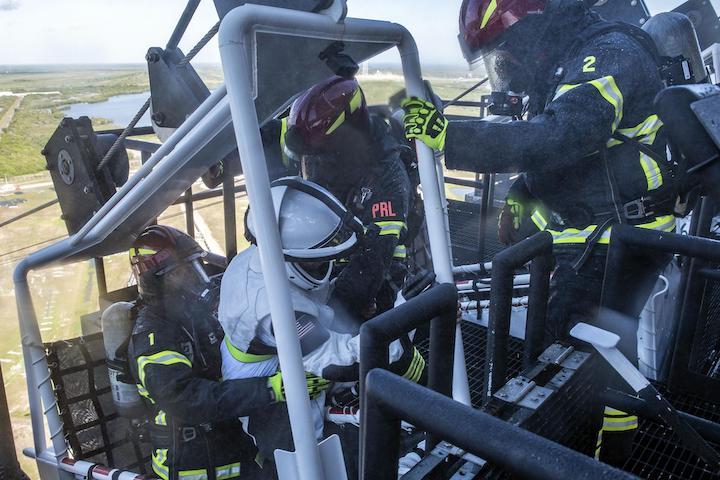