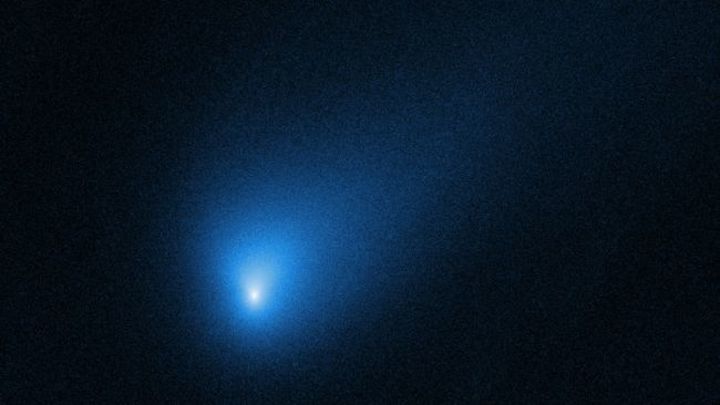 It's tough being in a new environment, even for comets. According to recent observations, interstellar Comet Borisov may be having outbursts triggered by flying through our solar system and past our sun.

The comet, now dubbed Borisov, first caught skywatchers' attention in late August 2019. Repeated observations of the object traced its trajectory, and astronomers determined that its strange path meant that the comet could only have come from beyond our solar system and was just passing through our neighborhood.

This month, astronomers checking in on the object found that something weird was happening. A team based in Poland reported that twice in March so far, Comet Borisov had brightened up. "This behavior is strongly indicative of an ongoing nucleus fragmentation," they wrote in a note describing the new observations.

Such a phenomenon would be caused by Borisov's approach toward the sun. That's been a possibility that scientists have considered since its close flyby of the sun in December. Like all comets, Borisov is a hunk of icy debris, so passing by the sun causes interactions with that ice.

Borisov was an exciting discovery because — unlike 'Oumuamua, the first interstellar object that scientists spotted — astronomers identified the object with plenty of time, more than a year, to watch and study its journey through our solar system.

It's precisely observations like these new ones that scientists hoped that long period of visibility would permit.