Mysterious object could be natural or human-made, more observations needed to tell the full story 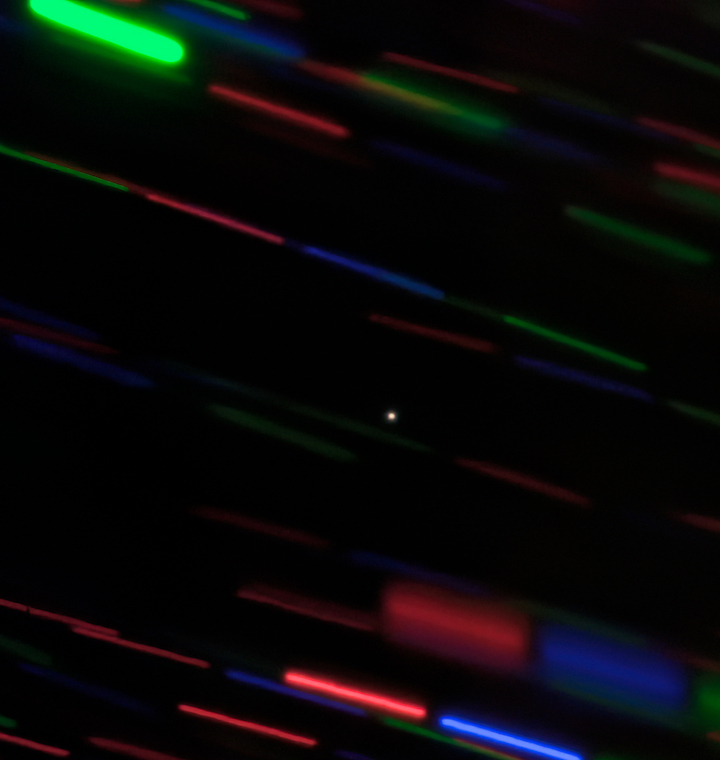 International Gemini Observatory image of 2020 CD3 (center, point source) obtained with the 8-meter Gemini North telescope on Hawaii’s Maunakea. The image combines three images each obtained using different filters to produce this color composite. 2020 CD3 remains stationary in the image since it was being tracked by the telescope as it appears to move relative to the background stars, which appear trailed due to the object’s motion.

Astronomers using the international Gemini Observatory, on Hawaii’s Maunakea, have imaged a very small object in orbit around the Earth, thought to be only a few meters across. According to Grigori Fedorets, the lead astronomer for the observations, the object could be a rare natural rocky object, or it could be something humans put into space decades ago — essentially space debris. “Either way this is a very compelling object and needs more data to determine what it is,” said Fedorets.

The newly discovered orbiting object has been assigned the provisional designation 2020 CD3 by the International Astronomical Union’s Minor Planet Center. If it is natural in origin, such as an asteroid, then it is only the second known rocky satellite of the Earth ever discovered in space other than the Moon. The other body, discovered in 2006, has since been ejected out of Earth orbit. 2020 CD3 was discovered on the night of 15 February 2020 by Kacper Wierzchos and Teddy Pruyne at the Catalina Sky Survey operating out of the University of Arizona’s Lunar and Planetary Laboratory in Tucson, Arizona.

The image, obtained on 24 February 2020, shows simply a tiny pinpoint of light against trailing stars. “The stars are trailing because this object is moving relative to the background stars and the 8-meter Gemini North telescope was tracking on this object,” said Fedorets, adding that it is challenging to follow moving objects like this with a big telescope like Gemini. John Blakeslee, Head of Science at the international Gemini Observatory comments, “Obtaining the images was a scramble for the Gemini team because the object is quickly becoming fainter as it moves away from Earth. It is expected to be ejected from Earth’s orbit altogether in April.”

Fedorets, an astronomer at Queen’s University Belfast, and his team are “pulling out all of the stops” to obtain more data on the object to determine its nature. “Additional observations to refine its position will help us determine this mystery object’s orbit and its possible origin,” said Fedorets, adding that its reflectivity is also an important characteristic, as rocky bodies tend to have relatively low reflectivity compared to things like spent rocket boosters.

The international Gemini Observatory is a program of the NSF’s National Optical-Infrared Astronomy Research Laboratory (OIR Lab). Another of OIR Lab’s Programs, the Vera C. Rubin Observatory (once it begins science operations), will conduct a continuous very deep survey of the sky looking for objects like this and other rapidly changing phenomena in the sky. “We expect to find a population of these objects once the Rubin Observatory is operational,” said Fedorets. “Stay tuned!”