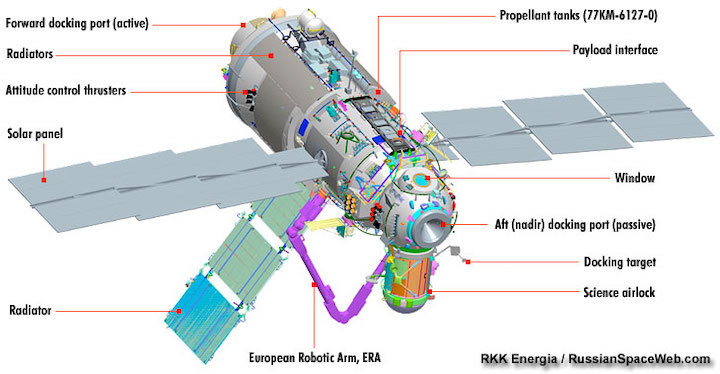 The delivery of Russia’s multifunctional lab module Nauka, to the Baikonur space center, from where it is to be launched to the International Space Station (ISS), was postponed due to additional adjustments required for its propellant tanks, a rocket and space industry source told TASS on Thursday.

The module was initially scheduled to arrive to Baikonur in early January.

"At present, sending the multipurpose lab module to the launch center is scheduled for between March 20 and 30," the source said, adding that the delay was caused by "additional adjustments that should be carried out due to the use of original propellant tanks."

Earlier, Roscosmos Director General Dmitry Rogozi said the research module’s original propellant tanks, manufactured about 18 years ago, could be replaced with those from the Fregat booster. However, later it was decided to send the module to the ISS with its original tanks.

The construction of the Nauka module began in 1995. Russia initially planned to launch the Nauka lab to the ISS as a back-up of the Zarya compartment (the station’s first module that continues its flight as part of the orbital outpost) but the launch was numerously delayed. In 2013, the Nauka module was sent to the Khrunichev Space Center after metal chips were found in its fuel system.

The Nauka multi-functional laboratory module can generate oxygen for six people and regenerate water from the urine. The Nauka will provide a second toilet for Russian cosmonauts (the first is located in the Zvezda module) and a room for the third crewmember. It will also use the European Robotic Arm (ERA) that will help perform some operations without spacewalks. A source in the space industry earlier told TASS that the Nauka module was due to be dispatched to the Baikonur spaceport on January 15, 2020.

Rogozin said on December 16 that the module may be launched to the International Space Station (ISS) in early 2021 instead of late 2020 as was initially planned.