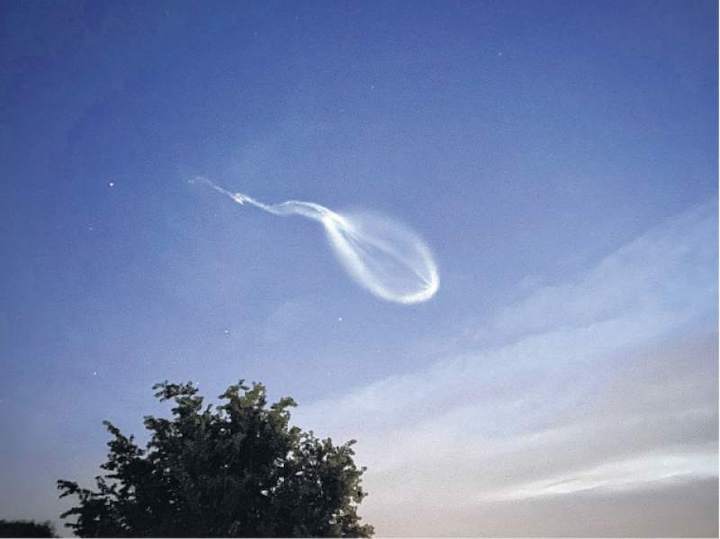 The mission, named ‘Running Out Of Fingers’ in recognition of Rocket Lab’s tenth launch, lifted off from the Rocket Lab launch complex on Mahia Peninsula at 9.18pm.

The seven satellites on board were for commercial rideshare customers Alba Orbital and ALE (the latter of which was procured by Spaceflight) bringing the total number of small satellites deployed by Rocket Lab from Mahia to 47, continuing the company’s record of 100 percent mission success for customers.

A Rocket Lab statement said it also successfully completed a guided re-entry of the Electron (rocket) vehicle’s first stage as part of the company’s plans to make Electron a reusable rocket.

As part of a block upgrade, Electron’s first stage for this mission included guidance and navigation hardware, including S-band telemetry and on-board flight computer systems, to gather data during the first stage’s atmospheric re-entry. The stage was also equipped with a reaction control system (RCS) to orient the booster during its re-entry descent.

The RCS system successfully oriented the first stage 180 degrees for its descent. The stage remained dynamically stable for the re-entry, keeping the correct angle of attack. The stage was successfully slowed to less than 900kmh by the time it reached sea-level and disintegrated on impact as planned.

The launch was easily visible from Mahia and Gisborne, with residents taking to social media and some even calling the police to report strange lights in the night sky.

“The scene overhead was completely normal and expected,” a Rocket Lab spokeswoman said.

“It’s what’s known as twilight phenomena and it takes place when a launch happens near sunset on a clear night.

“As rockets reach high altitudes above Earth, the sun’s rays are still shining and can spotlight the vehicle and its exhaust plume against a darkening night sky.”

Rocket Lab would continue to work through the recovery data ahead of a full recovery attempt next year that will see parachutes deployed from Electron’s first stage to enable a soft landing.

“Not only is this tenth mission a significant milestone launch for us, but our first guided stage re-entry was a complete success,” Rocket Lab chief executive and founder Peter Beck said.

“The stage made it through the harsh re-entry environment intact, which is an outstanding result for a first test of our recovery systems. It’s a huge testament to the relentless drive and commitment of our team that we’ve reached 10 flights in just our second year of commercial launches.

Rocket Lab’s next mission will take place within the first weeks of 2020 from Launch Complex 1.