The search for evidence of life on Mars could be helped by fresh insights into ancient rocks on Earth. 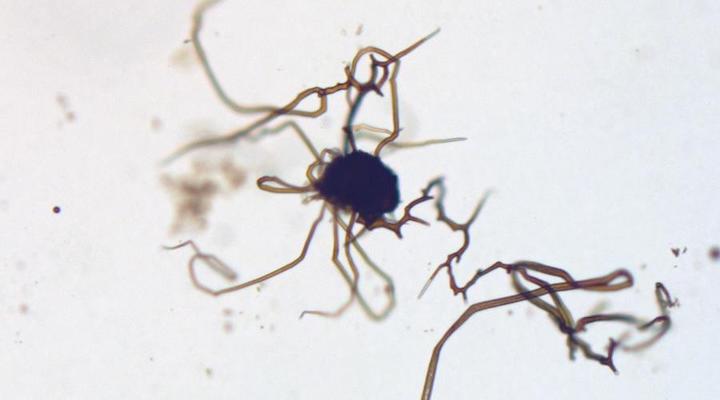 Research which suggests that structures previously thought to be fossils may, in fact, be mineral deposits could save future Mars missions valuable time and resources.

Microscopic tubes and filaments that resemble the remains of tiny creatures may have been formed by chemical reactions involving iron-rich minerals, the study shows.

Previous research had suggested that such structures were among the oldest fossils on Earth.

The new findings could aid the search for extraterrestrial life during future missions to Mars by making it easier to distinguish between fossils and non-biological structures.

The discovery was made by a scientist from the University of Edinburgh who is developing techniques to seek evidence that life once existed on Mars.

Astrobiologist Sean McMahon created tiny formations in the lab that closely mimic the shape and chemical composition of iron-rich structures commonly found in Mars-like rocks on Earth, where some examples are thought to be around four billion years old.

This process – known as chemical gardening – is thought to occur naturally where these chemicals abound. It can occur in hydrothermal vents on the seabed and when deep groundwater circulates through pores and fractures in rocks.

His findings suggest that structure alone is not sufficient to confirm whether or not microscopic life-like formations are fossils. More research will be needed to say exactly how they were formed.

The study, published in the journal Proceedings of the Royal Society B, was funded by the European Union’s Horizon 2020 programme.

Chemical reactions like these have been studied for hundreds of years but they had not previously been shown to mimic these tiny iron-rich structures inside rocks. These results call for a re-examination of many ancient real-world examples to see if they are more likely to be fossils or non-biological mineral deposits.