Bacteria could mine helpful resources on Mars to prepare the planet for humans. 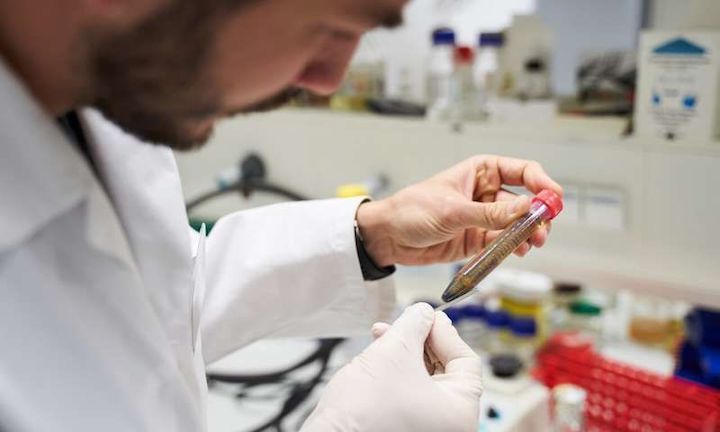 The bacteria S. oneidensis "mines" magnetite from Martian soil and could be a useful resource to send to Mars before humans.
(Image: © Ernst de Groot/TU Delft )

Could humanity's future on Mars be built on a foundation of … bacteria?

Before we send humans to the Red Planet, it might be a good idea to send bacteria first. In his dissertation, Benjamin Lehner, a doctoral candidate at Delft University of Technology in the Netherlands, suggested that we send bacteria to Mars that can mine usable iron out of the Martian soil. Specifically, he suggested that we send the bacterial species Shewanella oneidensis.

"In its natural form, we can't use much of the iron in the Martian soil," Lehnersaid in a statement. "But S. oneidensis has the ability to turn part of the soil into magnetite, a magnetic oxide of iron."

In his dissertation, Lehner suggested that, ahead of humans expeditions to Mars, we send a crewless capsule containing a rover, a bioreactor and a 3D printer. The rover would roll around on the planet, scooping up Martian soil, or regolith, which is naturally iron-rich. Then, the robot would bring the soil back to the bioreactor, which would be filled with this bacteria.

The bacteria would then get to work, producing magnetite from the regolith. The magnetite would then be extracted and separated from the rest of the soil with magnets. Finally, the 3D printer would turn this raw metal material into a host of valuable parts for humans. The printer could create screws, nuts, bolts or any other building piece that could be integral to building human housing on Mars.

But how much iron could this process realistically produce? Lehner and his team said a 1,400-liter (370 gallons) reactor could produce about 350 kilograms (770 lbs.) of the material every year. "After 3.3 years, it would produce more iron than can fit inside the capsule," he said in the statement. "By sending several of these unmanned modules to Mars, we can produce a good amount of iron in a few years' time."

In addition to preparing Mars for the arrival of its first humans, missions and methods like this could also be a key asset in our species' continued existence on the Red Planet. If things break on a planet many millions of miles away from Earth, it likely won't be possible to simply order a replacement. So sustainable solutions such as this will be critical.

This idea takes into consideration both the harsh conditions on the Martian surface and the financial and weight constraints on sending anything to Mars. Bacteria are self-reproducing, virtually weightless, cheap to transport and often able to withstand high radiation. The only thing? They need to eat something.

Lehner proposed that microalgae be sent along with the bacteria to provide a sustainable source of food. Microalgae can take care of themselves, surviving on sunlight and CO2, which they will turn into nutrients and oxygen for the bacteria. The residual waste left behind by this microalgae (in addition to organic waste from the bioreactor) could also serve as compost for future Mars-bound astronauts, Lehner said in the statement.

Lehner said another issue cropped up in developing this proposal: the possible contamination of Mars with Earth bacteria. "We want to prevent our bacteria from contaminating the planet, since that could hinder the search for life on Mars," Lehner said in the statement. To safeguard against that, Lehner's team suggested that the iron material produced be stored safely in an inflatable sealed chamber attached to the side of the capsule.

Mars-Chroniken - Should We Send Bacteria to Mars Before Humans?
624 Views
Created with page4