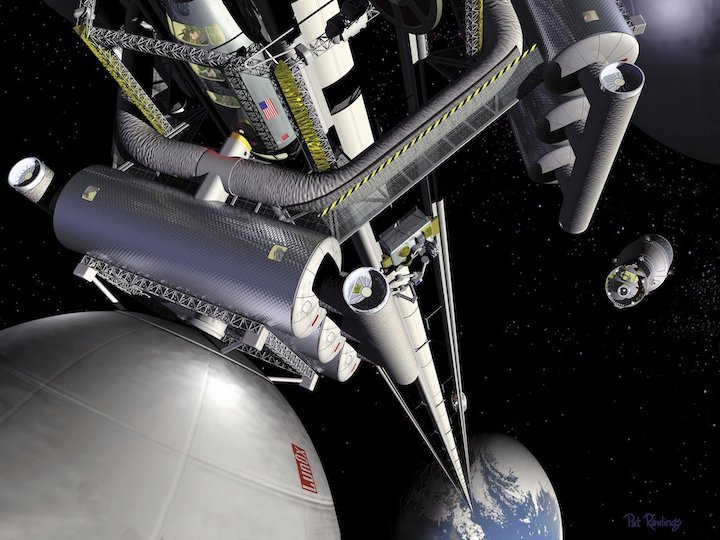 This illustration by artist Pat Rawling shows the concept of a space elevator as viewed from the geostationary transfer station looking down the length of the elevator towards the Earth.NASA/MSFC

A growing number of scientists and space-technology enthusiasts are looking into ways to construct a huge elevator, either on Earth or the moon, that could transport cargo to and from space.

In a study published in September, which has not been peer reviewed, two graduate students proposed a version of a space elevator that would stretch from the moon to Earth's satellite-level orbit. They said the structure could be built with current technology.

"They're right, and we were right first, that the lunar elevator is feasible technology," Michael Laine, president of space-elevator development company LiftPort Group, told Business Insider.

Other advocates of space elevators have argued for years that building such a structure is feasible with current technology and could open up new frontiers of space exploration.

Here's how a space elevator would work.

Raumfahrt - A giant elevator could connect Earth to space using current technology, experts say — here's how that might work
1048 Views
Created with page4