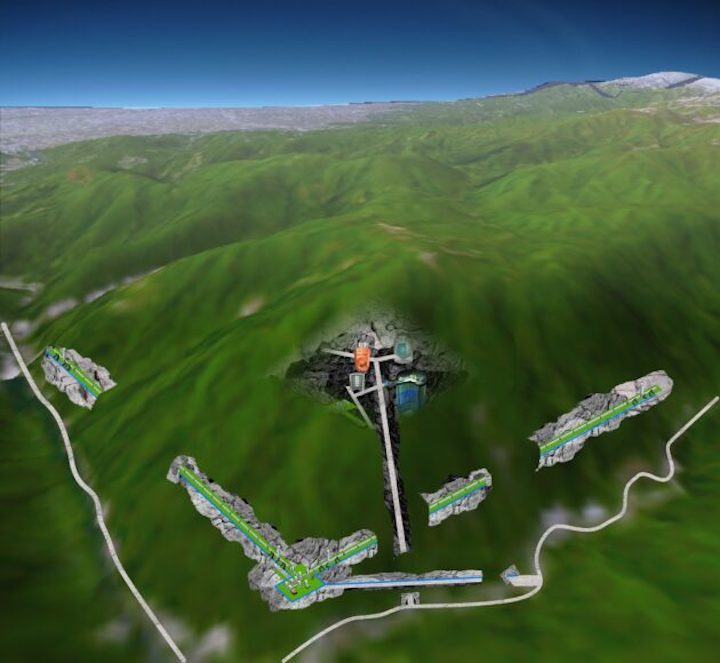 Japan’s Kamioka Gravitational-Wave Detector, or KAGRA, is due to start teaming up with similar detectors in Washington state, Louisiana and Italy in December, boosting scientists’ ability to triangulate on the origins of cataclysmic cosmic events such as black hole smash-ups.

“This is a great example of international scientific cooperation,” Caltech’s David Reitze, executive director of the LIGO Laboratory, said in a news release. “Having KAGRA join our network of gravitational-wave observatories will significantly enhance the science in the coming decade.”

Nobel-winning physicist Takaaki Kajita, principal investigator of the KAGRA project, said “we are looking forward to joining the network of gravitational-wave observations later this year.”

LIGO and Virgo are currently in the midst of a month-long break, to accommodate a series of instrument upgrades and fixes that should improve the detectors’ sensitivity to the subtle ripples in spacetime caused by distant gravitational disturbances. KAGRA, meanwhile, is in its startup commissioning phase.

The U.S. and European detectors are due to get back to science observations on Nov. 1. KAGRA is scheduled to begin science operations a month or so later.

All of the detectors pick up gravitational waves by checking for slight discrepancies in the trajectory of laser beams that are caused by spacetime shifts. KAGRA will be the first kilometer-scale gravitational-wave observatory to operate underground, as opposed to using above-ground chambers. That’s expected to help dampen unwanted noise in the signal due to winds and seismic activity. It will also be the first to use cryogenically cooled mirrors to cut down on thermal noise.

“These features could supply a very important direction for the future of gravitational-wave detectors with much higher sensitivities. Therefore, we should make every effort, for the global gravitational-wave community, to prove that the underground site and the cryogenic mirrors are useful,” Kajita said.

Having more gravitational-wave detectors will make it easier for astronomers to observe the disturbances by other means. That technique, known as “multi-messenger astronomy,” is considered one of the most potentially productive frontiers in astrophysics.

“The more detectors we have in the global gravitational-wave network, the more accurately we can localize the gravitational-wave signals on the sky, and the better we can determine the underlying nature of cataclysmic events that produced the signals.” Reitze explained.

For example, in 2017, the combined observations from LIGO and Virgo made it possible to narrow down the origin of a neutron star collision to a 30-square-degree patch of sky. That was precise enough for scientists to gather data in a range of wavelengths and gain unprecedented insights into the effect of such smash-ups (including the creation of elements such as gold and uranium).

KAGRA’s initial sensitivity isn’t expected to be good enough to detect gravitational waves. But as the Japanese detector’s sensitivity improves, having it in the mix should triple the accuracy of the search, reducing the target patch of sky for follow-up observations to about 10 square degrees.

Today’s memorandum of understanding also includes the GEO600 gravitational-wave detector in Germany. Although GEO600 isn’t sensitive enough to pick up the spacetime ripples caused by distant collisions of black holes or neutron stars, it serves as a valuable testing ground for detection technologies.

Another gravitational-wave detector, LIGO India, is due to join the network in 2025.